ST. LOUIS – Amy E. Wright, Ph.D., associate professor of Hispanic Studies at Saint Louis University, has been awarded an individual fellowship through the National Endowment for the Humanities (NEH) for her upcoming book, Serial Storytelling in Mexico, From Nationhood to Now (1821-2021). 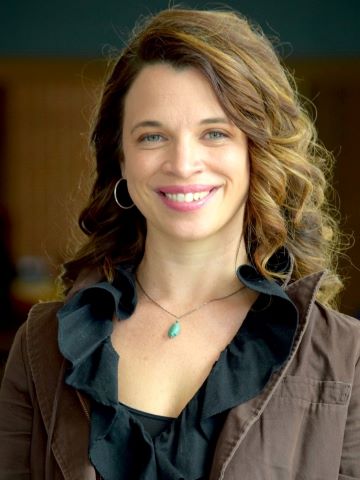 Wright’s project draws on a range of archives, historical records, and popular culture to show the resilience and breadth of serial storytelling in Mexico, from founding to present. She said she has been working on serialized narrative for several years.

“Many countries have serialized storytelling, or characters that reappear in different forms,” Wright said. “Mexico has a particularly strong tradition, beginning with characters that come from the oral traditions and take on a life outside of their original story.”

Wright’s project highlights Mexico’s enduring prominence in serial productions – exploring the long-running intrigues of serial novels, comics, radio dramas, and telenovelas, as well as blogs and podcasts – while advancing new approaches to the study of Mexican culture and history.

“These characters have their origins in the 19th century or before and as we trace them through their evolution we also get a snapshot of the predominant media form of the time,” Wright said. “From oral traditions to the strong telenovelas of the late 20th century, we can see how the Mexican people are telling their stories.”

The characters most often serialized have similar arcs – many tend to be rogues with a habit for mocking authority. Some had Robin Hood tendencies, taking from those in power to redistribute to the general population, exposing hypocrisy in the process.

“Some began in popular lore in native languages making fun of the Spanish colonizer,” Wright said. “The characters are historical bandits.”

Wright spent a sabbatical in Mexico City digging through radio and telenovela archives.

“From the beginning, there is this mix of fiction with reality,” she said. “The innovations that went into telling these stories, from the radio sound effects, to the beginnings of television, you can trace those innovations in the storytelling.”

As the storytelling forms have evolved, so have the stories. Wright notes that with the proliferation of media outlets and options the idea of a national narrative has decreased.

“The way we live now, no one experiences the story the same way as they did when we all listened to the same radio programs or tuned into the same telenovelas.”

Each year the NEH receives an average of 1,100 applications for individual projects and has a 7% funding ratio, awarding only some 70 individual fellowships out of the applications received.

National Endowment for the Humanities

Created in 1965 as an independent federal agency, the National Endowment for the Humanities supports research and learning in history, literature, philosophy, and other areas of the humanities by funding selected, peer-reviewed proposals from around the nation. Additional information about the National Endowment for the Humanities and its grant programs is available at www.neh.gov.