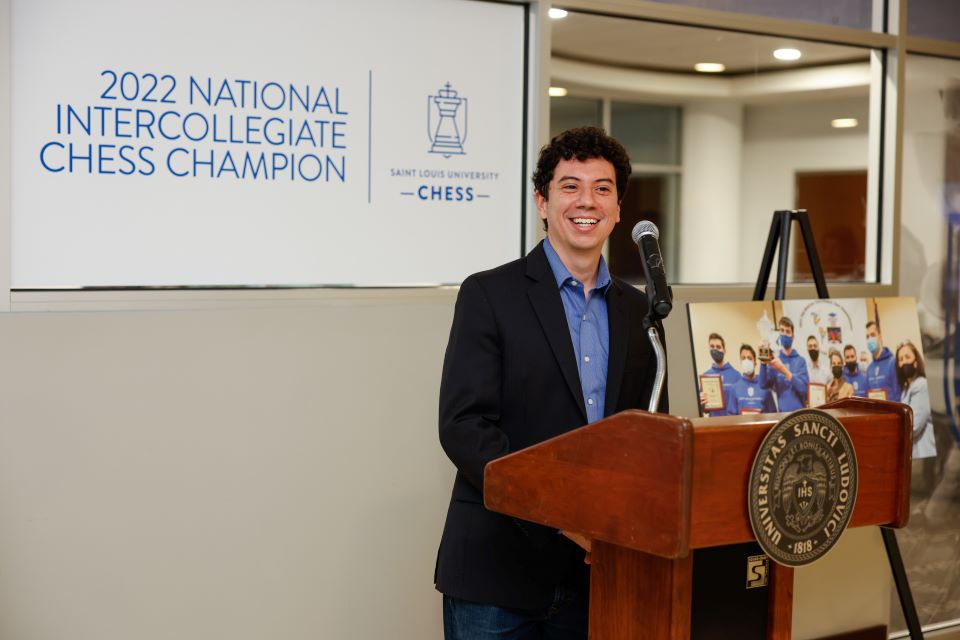 The World Chess Olympiad is held every two years.

“The Olympiad is arguably the most important chess event in the World,” said Alejandro Ramirez, the coach of SLU’s chess team. “Over 180 countries send their strongest squads to represent them in two sections: Open and Women’s.” 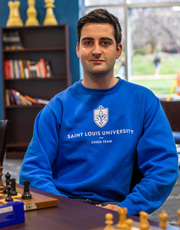 Bok has won many international tournaments, his biggest tournament victory being the 2015 London Chess Classic. In 2016, he made his debut for the Dutch Olympic team and he participated in the two most recent World Cups. In 2017, he reached the last 128 and in 2019, he reached the last 64. Bok has traveled to over 45 countries, and competed against the very best in the world. 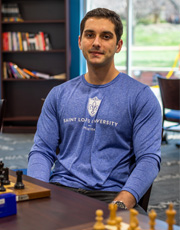 Originally from Greece, Theodorou started playing chess at the age of seven. Soon after his parents showed him how to move the pieces, he became enchanted by the complexity and elegance of the game and has been competing ever since. Nikolas became an International Master at the age of 16 and was even briefly ranked #1 in Europe and #4 in the world in his age group. His current rating of 2554 places him in the fifth spot in the Greek rankings. 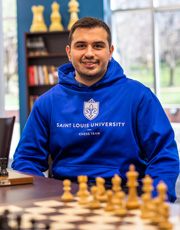 Marandi was born in Ankara in 1998. He studied primary, secondary and high school at PEISG, an international school at Ankara. He became a Grand Master when he was 19 years old, and his peak FIDE rating is 2552 (November 2018). He has a unique achievement of winning the European Youth Championships five times in each and every category. Additionally, he has represented Turkey in the 2012 Istanbul Chess Olympiad. He is an active Turkish National Chess Team player and has been a member of the SLU Chess Team since September 2016. 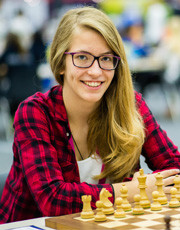 Stavroula Tsolakidou was born in 2000 in Kavala, Greece. She started playing chess at the age of eight, and a year later she won the Greek U10 championship in the girls’ section. She won the national women’s championship in 2017. Tsolakidou considers winning the world championship for girls U14, girls U16, and girls U18 in the years 2013, 2015 and 2016 respectively as her greatest achievements. She won the Woman Grandmaster title in 2016 and the International Master title in 2018. She currently has one GM norm. 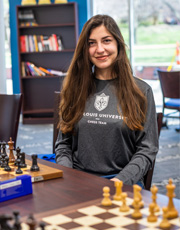 Antova started playing chess at the age of six and the passion for the game has stayed with her ever since. Growing up, she traveled the world competing in both prestigious youth events and open tournaments where she had the opportunity to show her talent. She achieved early success at the world and European championships which inspired her to train and dedicate even more time to chess. Currently, Antova is pursuing her final woman grandmaster norm and aiming to further advance her position on the women’s rank list.

Each team is composed of five players and the event is played in 11 rounds of 4x4 matches, with one of the players from each team resting a round. The tournament is played one round a day and play begins on Friday, July 29.

“It is a great honor to qualify for the Olympiad and represent your country,” Ramirez said. “Since the pandemic forced us to skip 2020, it is nice to be back in the ultimate festival of chess.”

The World Olympiad comes on the heels of SLU capturing the national championship this spring.

SLU beat Webster University for the  President’s Cup at the Final Four of Collegiate Chess on April 3. Saint Louis University picked up 7.5 points during the tournament — just enough to edge Webster’s 7. Texas Tech University placed third with 5.5 points and University of Texas at Dallas rounded out the Final Four with four points.