John J. Stretch, Ph.D., former assistant dean for the School of Social Work at Saint Louis University, died Friday, May 20, 2022. He was 87.

Stretch was born on Feb. 24, 1935, in St. Louis. In 1957, Stretch received an associate's degree in philosophy from Maryknoll College.

He was drafted into the U.S. Army in 1958 and served two years of active duty. He served in the reserves as a commissioned social work officer until 1972. 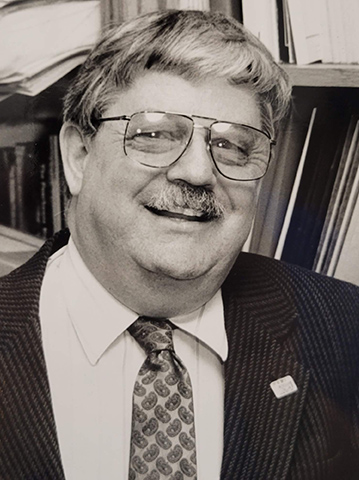 Stretch began his teaching career at Tulane University in 1967 before coming to SLU in August 1969 as an associate professor. He was named a full professor in 1972 and the director of the social work program in 1973, a role he held until 1994. From 1976 to 1987, Stretch was the assistant dean for the School of Social Work.

While at SLU, Stretch’s research interests included homelessness, management and natural disaster; planning, evaluation and management in health and human service, funding, and planning organizations. He was an expert on welfare reform, homelessness and housing issues.

While a consultant to The Salvation Army, Stretch developed a Continuum of Care for homelessness and affordable housing. The model was replicated in the State of Missouri and nationally.

Burial will be at Jefferson Barracks National Cemetery. Catholic Mass and memorial services are pending.