ST. LOUIS – Devita Stallings, Ph.D., RN to BSN program coordinator and associate professor of nursing at Saint Louis University’s Trudy Busch Valentine School of Nursing, was awarded a $50,000 grant by the Institute of Clinical and Translational Sciences (ICTS), a Washington University-led research consortium, of which Saint Louis University is a member.

With the grant, Stallings will employ a community-based participatory research approach to develop a web-based mobile health app for self-management of hypertension among African American patients. 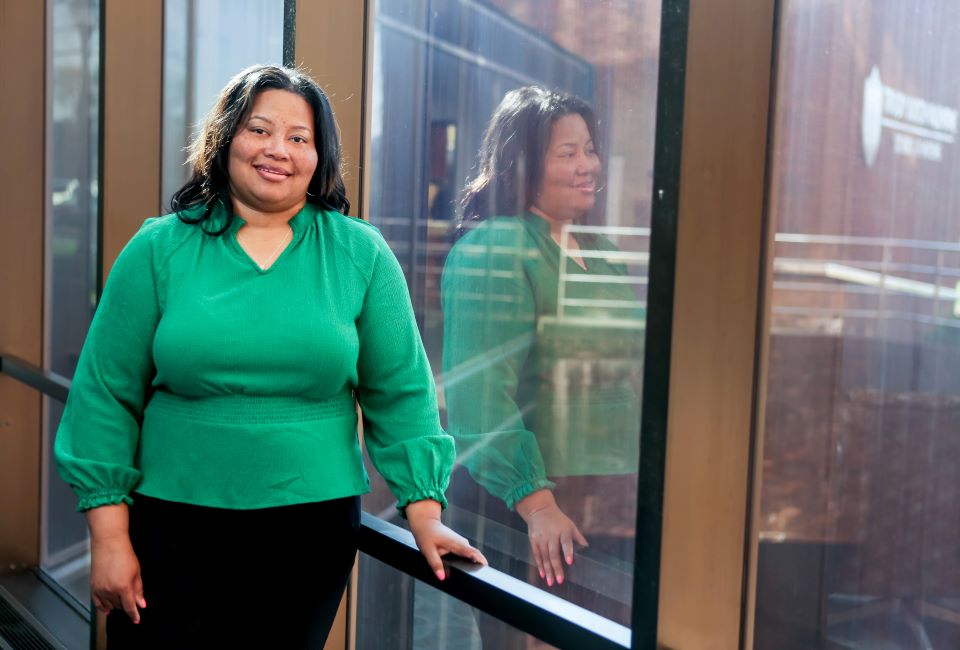 It was a stroke that led to the death of Stallings’ grandmother when Stallings was a child and now fuels her passion to educate the community about the dangers of uncontrolled blood pressure. Stallings’ research studies factors influencing self-management behaviors of minority populations with hypertension and heart failure. One way to reach underserved populations is through a phone, Stallings said.

The ICTS funds will support a pilot study, “Engaging African American Communities in the Development of a Hypertension Self-Management App.”  Unlike other similar apps on the market, Stallings said her app incorporates theory-based, culturally relevant, individualized, and evidence-based self-management interventions to improve hypertension disparities. She will also employ an IT developer and a hypertension advisor panel consisting of nurses, doctors, nutritionists, community leaders, and African Americans living with hypertension.

Institute of Clinical and Translational Sciences

This year the CTRFP received over 100 letters of intent from ICTS members. ICTS and The Foundation for Barnes-Jewish Hospital awarded grants over $1.1M for investigator-initiated projects. Of the 25, four were SLU projects. Project proposals submitted promote the translation of scientific discoveries into improvements in human health. For 2022, awards were considered across three project categories: clinical/translational, community-engaged research, biostatistics, epidemiology, and research design.