Leaders in Jesuit higher education were on the Saint Louis University campus March 4-5 for a special forum organized by the Association of Jesuit Colleges and Universities (AJCU). Twenty of AJCU’s 28 member institutions were represented. 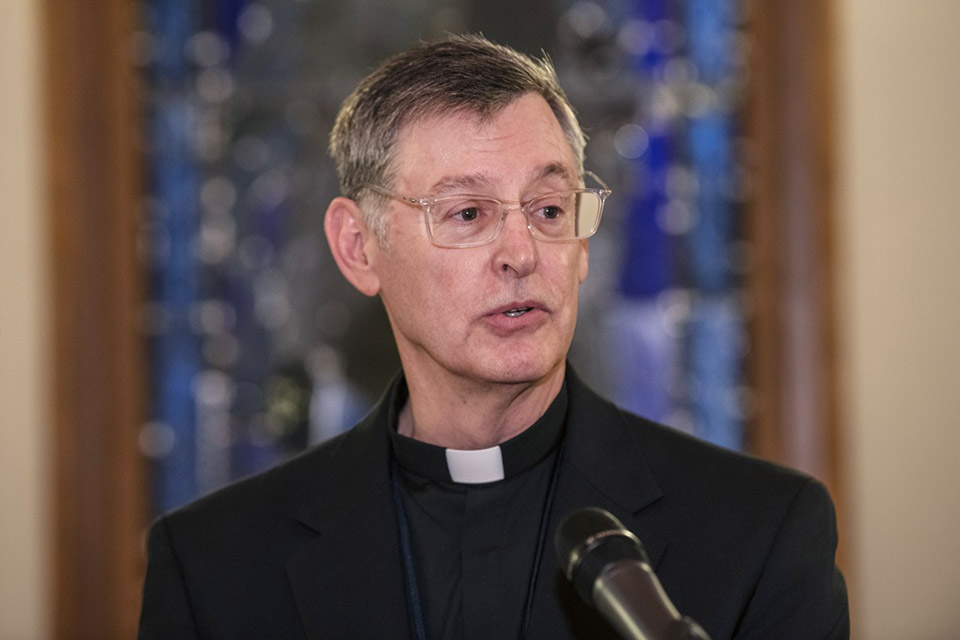 Brian G. Paulson, S.J., president of the Jesuit Conference of Canada and the United States, delivers remarks in SLU’s Pere Marquette Gallery during a kick-off dinner for a special leadership forum organized by the AJCU.

The leaders gathered at SLU to explore ways that Jesuit college and university presidents, board chairs and provincials can work more closely together to deliver on the promise of Jesuit higher education.

“The post-pandemic world for all of higher education is undergoing many changes and challenges. Jesuit higher education is no exception,” said AJCU President and SLU Trustee Michael Garanzini, S.J. (A&S ’71). “During last weekend's meeting of presidents, provincials and board chairs — those most responsible for the vitality and integrity of our schools — at Saint Louis University, it was gratifying to see the unanimity for keeping our mission the central focus of our efforts to respond to these changes.”

During the forum, Stephanie Russell, Ed.D., AJCU’s vice president for mission integration, talked about the association’s formation programs designed to help ensure that lay presidents and board chairs will — in partnership with the Jesuits — carry their institutions’ Jesuit mission and identity into the future.

It was a timely topic as the proportion of Jesuit and lay presidents has changed substantially during the last decade. Just over 10 years ago, there were four lay presidents among AJCU institutions. As of this fall, there will be 23 lay presidents and only five Jesuits (one of whom will be interim).

“It was particularly important that we gathered face to face with new, experienced, and transitioning leaders – presidents and board chairs together – to identify shared opportunities and challenges ahead of us,” said SLU President Fred P. Pestello, Ph.D. “In dialogue together, we were able to address critical questions: How do we move toward addressing challenges collectively? And are there ways to better collaborate across our universities?”

The forum also included a conversation on today’s leadership hosted by Garanzini with Tania Tetlow, current president of Loyola University New Orleans and incoming president of Fordham University, and Paul S. Viviano, chair of the Loyola Marymount University Board of Trustees.

Paul Fitzgerald, S.J., president of the University of San Francisco and chair of the AJCU Board of Directors, closed out the first day of the forum with a session addressing wide-ranging questions, including how AJCU and the Society of Jesus can support schools in a new era of challenges and opportunities.

While they were on campus, the leaders had an opportunity to spend time in one of SLU’s oldest settings, the Pere Marquette Gallery, and to see SLU’s newest facility, the Interdisciplinary Science and Engineering Building. They also attended Mass at St. Francis Xavier College Church and toured the Saint Louis University Museum of Art. 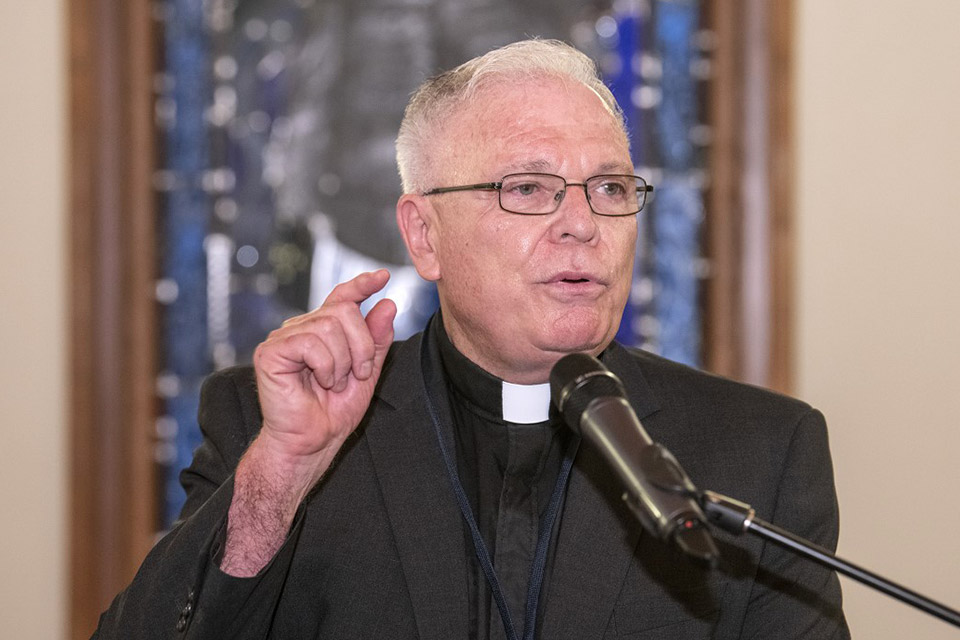