St. Louis Regional Advanced Manufacturing Innovation Center (AMICSTL), an organization created to establish a robust advanced manufacturing sector in the region, has tapped Saint Louis University and the University of Missouri–St. Louis to co-lead research and development for the venture. 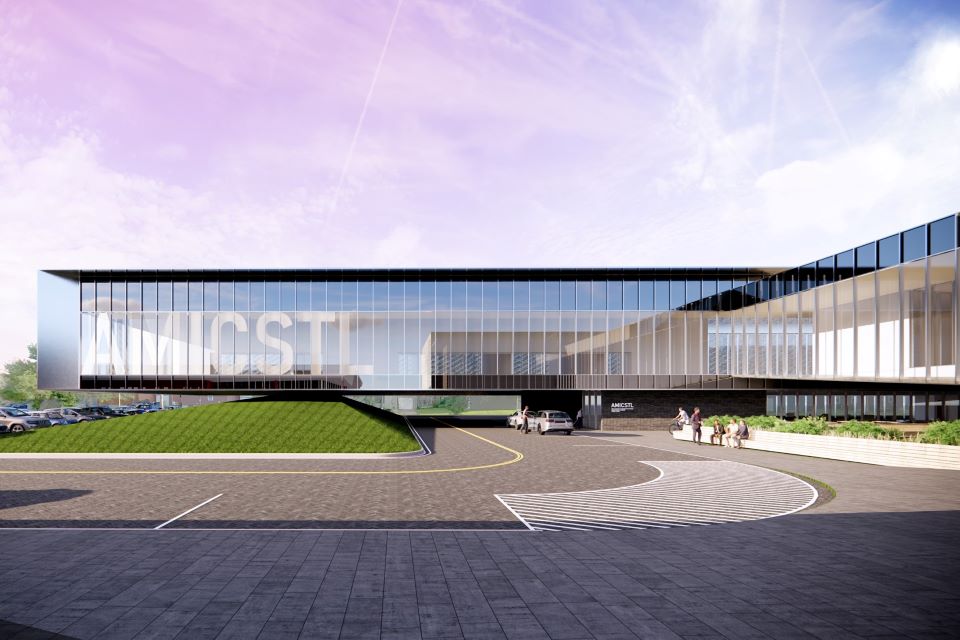 “Having Saint Louis University and the University of Missouri–St. Louis as co-leads for R&D is absolutely ideal,” said John Hixson, a former vice president of Defense Initiatives at the St. Louis Economic Development Partnership and a member of AMICSTL’s board. “Both universities have impactful research programs and active, mature innovation programs. Both universities, at their highest levels, agreed to take on this role enthusiastically.”

Ken Olliff, vice president for research and partnerships at SLU, and Chris Spilling, vice chancellor for research and economic and community development at UMSL, will oversee the contributions of their respective institutions and the region’s research universities and industry collaborators.

The research partnership begins as the physical center is being planned in a location adjacent to the campus of Ranken Technical College in the City of St. Louis’ Vandeventer neighborhood. Ranken is serving as the operational partner for AMICSTL.

AMICSTL will form an innovation triangle in the heart of the St. Louis region, along with the National Geospatial-Intelligence Agency’s West campus northwest of downtown and the rapidly growing biotechnology sector in the Cortex Innovation District. The manufacturing innovation center will add to the region’s long-held strengths in aerospace, transportation and agriculture technology.

SLU and UMSL will coordinate with AMICSTL’s university and industry partners to manage the research and development agenda, including the selection process for R&D projects, dissemination of findings, and translation of research into commercial applications. The two universities will represent AMICSTL to the national and international advanced manufacturing R&D community.

The two universities’ work in research and development will dovetail with the center’s efforts to bolster workforce development and increase production and prototyping capacity, bringing value to its many stakeholders.

“As the premier public research university in the region, UMSL is pleased to partner with SLU to provide the research and development foundation for AMICSTL as we continue to maximize our collective regional assets and work collaboratively to advance inclusive economic growth,” UMSL Chancellor Kristin Sobolik, Ph.D., said.

“The broad St. Louis region is home to preeminent research universities and exceptional companies,” said SLU’s president, Fred P. Pestello, Ph.D. “Drawing these assets together through an ambitious R&D agenda will make AMICSTL one of the world’s leading advanced manufacturing centers. SLU is pleased to partner with our colleagues at UMSL to help bring this vision to fruition.”

In partnering with the region’s research universities under the leadership of SLU and UMSL, AMICSTL will take advantage of science and engineering programs as well as robust business programs including accounting, marketing, and supply chain and analytics.

“The St. Louis region boasts one of the most vibrant innovation communities in the United States, and it is home to multiple world-class research universities,” Olliff said. “Our regional ambitions must also include manufacturing to provide more opportunities for businesses and entrepreneurs. We are convinced that our St. Louis research and innovation strengths will give AMICSTL a competitive edge.”

“Investment in advanced manufacturing can increase regional productivity, creating new jobs and new products in more cost-effective ways,” Spilling said. “Our collective research expertise can help shape and guide this development, and we’re confident these efforts will enhance the future vitality and potential of our region.”

“We also wanted to try to introduce new materials, new processes and new technologies that could create the next generation of manufacturing,” said Hixson, who was part of that initial work.

Hixson and his colleagues looked at the 14 manufacturing institutes that were funded in large part by the U.S. Department of Defense, as well as, in some cases, the Departments of Commerce or Energy. Most were located on one of the two coasts, leaving an innovation gap in the nation’s heartland.

Hixson noted that the most recognized and successful innovation centers have strong affiliations with recognized research universities.

That’s true, he said, of the Advanced Materials Research Center in Sheffield, United Kingdom, which has served as a model for AMICSTL since planning for the new center began. That center is affiliated with the University of Sheffield and Boeing and has more than 125 other industry partners, including global giants such as Rolls-Royce and BAE Systems and Airbus.

About University of Missouri–St. Louis

The University of Missouri–St. Louis (UMSL) is the largest public research university in eastern Missouri, and the third largest in the state, priding itself on creating greater access to higher education and opportunity for its nearly 16,000 diverse students. UMSL confers more than 3,000 degrees annually and offers a wide range of baccalaureate and master’s degrees, two education specialist degrees and 17 doctoral degrees, including the only professional doctor of optometry program in Missouri. Established in 1963 as the fourth campus of the University of Missouri System, UMSL boasts more than 108,000 alumni, 73 percent of whom live and work in the St. Louis region.