Cheatham was a two-time Saint Louis University alum, having received his master’s in education in 1969 and a doctorate in higher education administration in 1975. 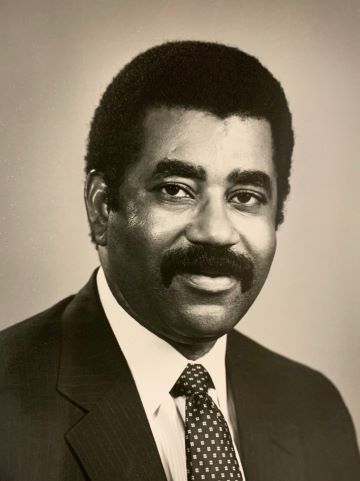 Cheatham was born Sept. 14, 1941, in Memphis, Tennessee, to Willie Chris and Rose Anna Cheatham. He received his bachelor’s degree in journalism and history in 1965 from Lincoln University in Jefferson City.

Prior to joining the faculty at SLU, Cheatham worked as the coordinator for adult education programs at the Human Development Corporation and was the director of adult education at the St. Louis Medium Security Institution.

Cheatham joined SLU in 1969, first serving as an assistant to the dean of the College of Arts & Sciences. In 1970, he was named the director of SLU’s Collegiate Assistance Program and Upward Bound. He served as the director of Special Academic Programs from 1973-1982. In that capacity, he administered several student support programs.

”I had an opportunity to study and work with and to share experiences with Roy Cheatham for almost five decades,” said Michael P. Grady, Ph.D., professor emeritus of educational studies. “This was a rare and rewarding experience. Roy was a man who fought for the rights of people, especially Black people as well as non-traditional and under-represented students in higher education while maintaining a great sense of humor, which I enjoyed. Many SLU graduates profited from his assistance as he was truly a man for others.”

Cheatham was a member of Kappa Alpha Psi Fraternity, the NAACP, Phi Delta Kappa, the American Association of Higher Education and the Saint Louis University Black Alumni Association. He served as chairman of the United Negro College Fund from 1970-1976 and as the president of the Lincoln University Foundation Board from 1995-2006.

Cheatham retired from SLU in 2006.

A memorial service /celebration of life will be held from 12-3 p.m. Saturday, March 19, at the Renaissance Hotel, 9801 Natural Bridge Road. Guests are asked to be fully vaccinated and wear a mask.