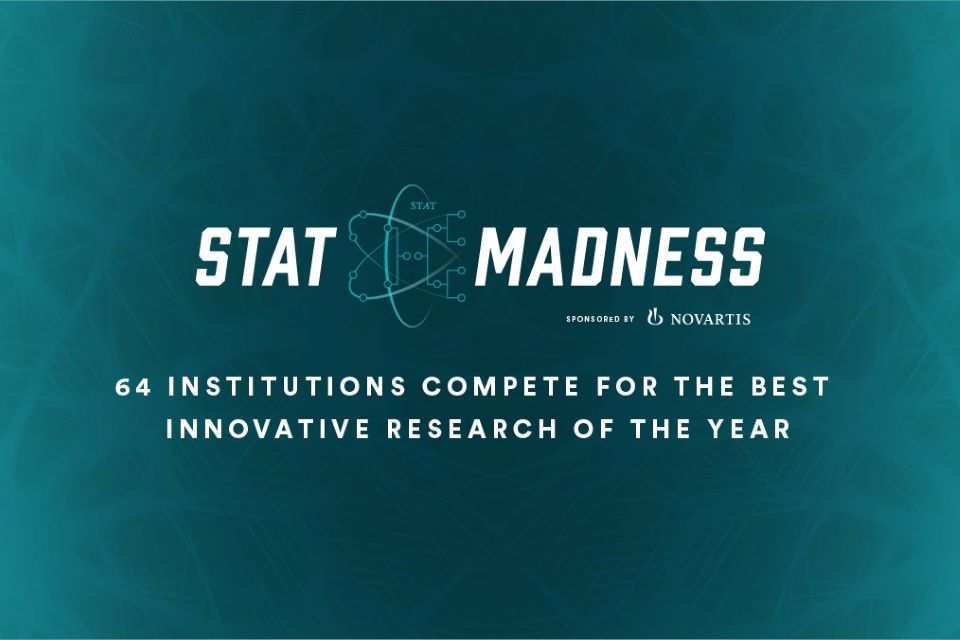 Saint Louis University School of Medicine research on vaccination rates and dementia is competing against 63 other innovative research projects to be named the winner of the 2022 STAT Madness bracket.

STAT Madness, organized by STAT News, is a yearly national bracket-style competition to choose the prior year’s most exciting biomedical discovery. Participants continue through six single-elimination rounds before the winner of the popular vote is announced on April 4.

For the first time since STAT Madness began six years ago, SLU has an entry in the playoffs.

In the first round, SLU’s “Comparison of rates of dementia among older adult recipients of two, one, or no vaccinations,” faces off against “Experimental and real-world evidence supporting the computational repurposing of bumetanide for APOE4-related Alzheimer’s disease,” from Gladstone and the University of California, San Francisco.

The study, led by Jeffrey Scherrer, Ph.D., professor in family and community medicine at SLU, published Dec. 12 in The Journal of the American Geriatrics Society. Co-authors include Timothy L. Wiemken, Ph.D., of the AHEAD Institute;  Joanne Salas, MPH, of the Department of Family and Community Medicine; John E. Morley, M.D., Division of Geriatric Medicine at SLU; Daniel F. Hoft, M.D., Ph.D., Department of Internal Medicine and Molecular Microbiology and Immunology and the Department of Infectious Diseases, Allergy and Immunology; and Christine Jacobs, M.D., Department of Family and Community Medicine and dean of the School of Medicine.

Earlier in 2021, the same research team found that adult patients who have received a Tdap vaccination have a 42% lower risk for dementia, compared with patients who are not vaccinated.

Researchers tested their hypothesis first in Veterans Health Affairs (VHA) cohort and then replicated it in an IBM MarketScan medical claims cohort.

Voting began at 12:01 a.m. Tuesday. The first round of voting will be open until Monday, March 7. To maintain voting integrity, STAT requires voters to register for a free account.