The 2022 U.S. Women’s Championship is an elite invitation-only national championship event, featuring 14 of the strongest female chess players in America. The championship started on October 4 and ended October 20. 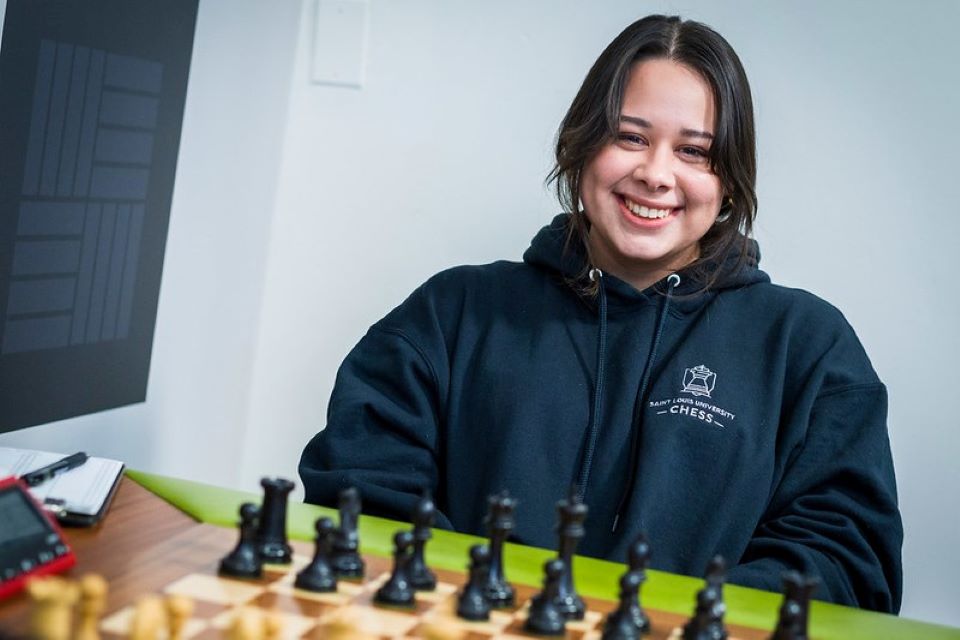 “It was great to compete against the best women in the world and to know that I can compete at that level,” she said.

During the tournament, Landeiro had to remain laser-focused on her game. She stayed at a hotel in the Central West End, studying moves from the time she woke up until she would head over to the World Chess Hall of Fame for her tournament matches. She would return to her hotel around 8 p.m. to begin to prep for the next day’s match.

Landeiro said a recent cheating scandal in the sport heightened security for the in-person event. Players were screened with metal-detecting wands twice before playing and immediately after a win.

Spectators weren’t allowed and the video stream of the event was delayed 30 minutes so viewers at home weren’t seeing live play. The delay was such that she would call her mother to tell her of her wins many times calling while her mother was still watching her play online.

Landeiro began playing chess as a child in Cuba. It was in school that she was introduced to the game. She first started playing in second grade and immediately went home to share her interest with her mother. Her mother then enrolled her in the local chess institute for lessons.

“I was active and competitive, but ballet and soccer weren’t for me,” she said.

Landeiro’s neighbor, a nationally ranked chess player himself, helped to guide her and began finding tournaments for her to play in. She won her age bracket in tournaments in 2011, 2012, and 2013.

“I got involved and took this path seriously,” she said of her younger self. “Chess requires discipline.”

In 2014 after a win in the Pan-American Games in Mexico, Landeiro moved to St. Louis with her mother and younger sister. She stepped up her chess training and attended high school virtually. Her mother opened a food truck and then a Cuban restaurant in St. Louis to support her daughters.

In the spring of 2019, Cervantes decided to take a year off to focus on chess full-time. 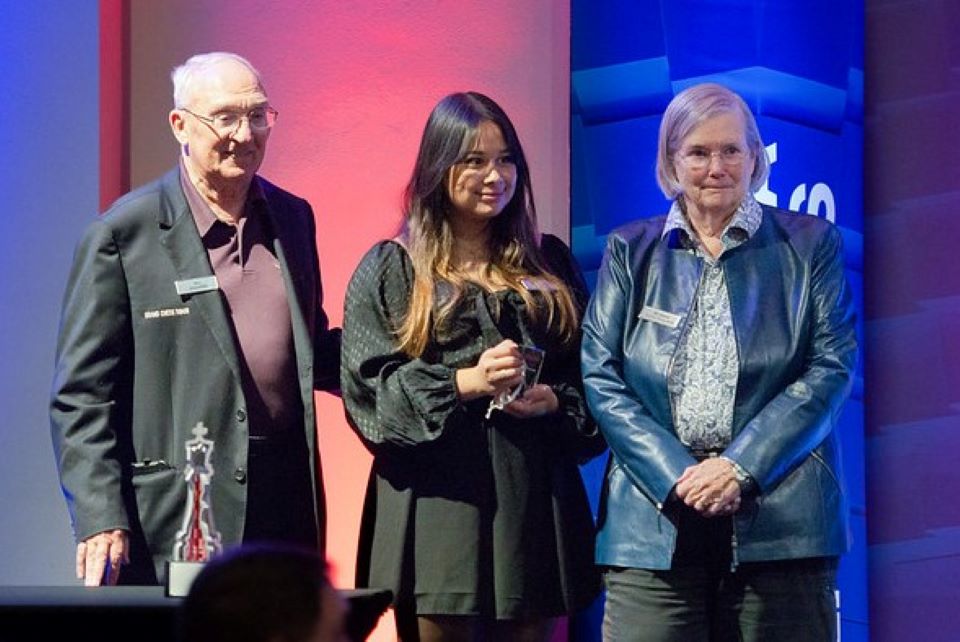 “He made me see the possibilities here,” she said. “I had friends here and they also told me about the great opportunities SLU could provide.”

Landeiro enrolled in SLU and joined the chess team in the fall of 2021. In addition to her classes, she spends hours each day practicing chess. She said while technology allows chess players to learn alone, she appreciates having a team around her and that the group makes each player a better individual chess player.

The SLU chess team captured the President’s Cup in April to claim the collegiate chess National Championship. SLU is also the most recent winner of the FIDE World Rapid Championship and the Pan-American Intercontinental Championship.