“Dr. Blash’s legacy at the School of Medicine is deep and lasting,” said Christine K. Jacobs, M.D., dean of the School of Medicine and vice president for medical affairs. “His professionalism, collegiality and commitment to inclusion will be remembered by all who crossed paths with him, as the phrase, ‘You belong here,’ permeated his every interaction.” 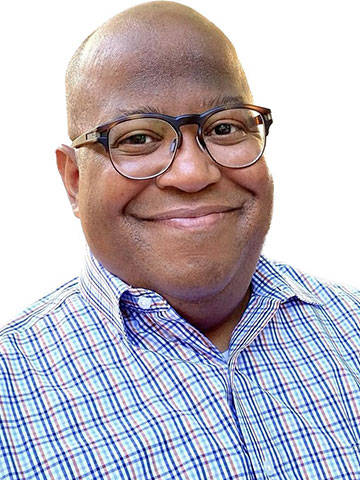 Dr. Blash joined the SLU School of Medicine in January 2019. His many accomplishments included:

Under Dr. Blash’s leadership, the medical school’s Office of Diversity, Equity and Inclusion partnered with clergy leaders of all denominational backgrounds to build public confidence to successfully vaccinate the region’s diverse community. During the pandemic, the Office hosted Community Response Education webinars featuring leading SLU researchers and experts, including sessions in Spanish and sessions for faith-based organizations featuring local clergy.

“Dr. Blash was passionate about his role and his opportunity to foster, nurture, and develop a culture and environment of belonging for everyone within the School of Medicine,” Dr. Jacobs said, adding that his impact on the school was significant.

Before joining Saint Louis University, Dr. Blash served as the assistant dean of diversity and inclusion at Washington University's School of Medicine. Prior to that, he served as a professor and faculty counselor at Southwestern Illinois College in East St. Louis, Ill., and Urshan College in Florissant, Mo. During his career, he also held adjunct faculty appointments at SLU, the University of Missouri – St. Louis, Webster University and Wilson University, an apostolic Pentecostal university.

A licensed and board-certified counselor and clinical supervisor, Dr. Blash founded Blash Counseling Associates in Old North St. Louis to help bridge the gap between mental health and some of St. Louis’ underrepresented minority communities. Also in Old North St. Louis, he founded Fresh Anointing Apostolic Church, where he served as pastor until his passing. Additionally, he was a decorated combat U.S. Army veteran who served in Desert Storm.

Born in Benton Harbor, Mich., Dr. Blash earned a bachelor’s degree in psychology from Missouri S&T in 1995; a master’s degree in counseling from Lincoln University in Jefferson City, Mo., in 1998; and a Ph.D. in education with an emphasis in counseling from UMSL in 2010. His doctoral research focused on the role of religion and spirituality among underrepresented minorities in the academic environment.

RSVP for the Dr. Daniel L. Blash Celebration of Life

Dr. Blash is survived by his wife, Annemarie, and his five children, Theresa, Christina, Daniel Jr., Angela and Joshua. He is also survived by two sons-in-law, two grandchildren, Eden Adaora and Mariel, and many other family and friends.

In lieu of flowers, the family has requested donations to a scholarship at the SLU School of Medicine in honor of Dr. Blash.

Support the School of Medicine Diversity and Inclusion Scholarship