A paper published in Environmental Pollution authored by Saint Louis University (SLU) scientists shows that human proximity is the best indicator of microplastics being found in the Meramec River in Missouri. 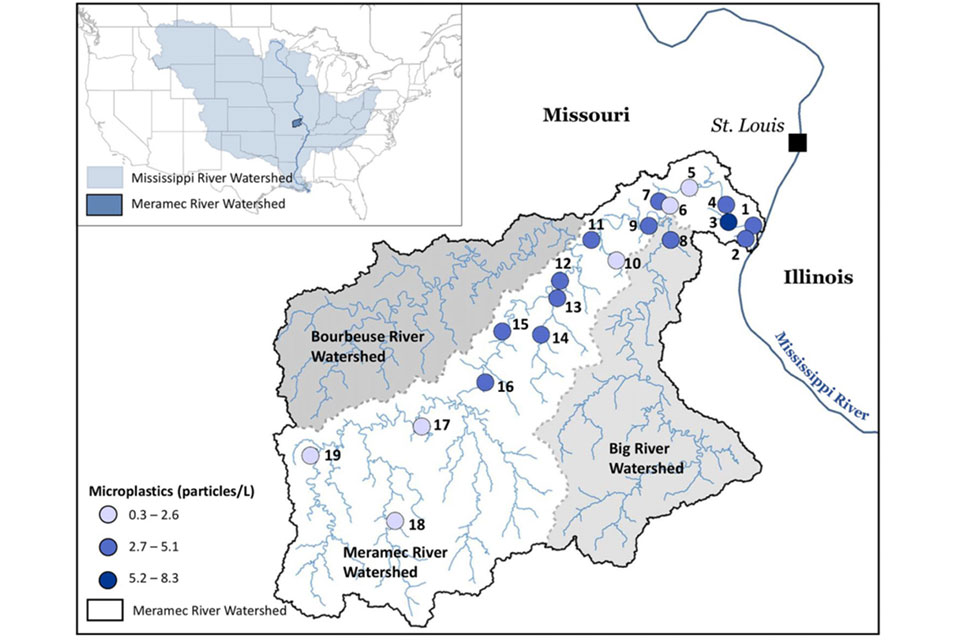 A team of researchers, led by Jason Knouft, Ph.D., and Elizabeth Hasenmueller, Ph.D., studied levels of microplastics at 19 sites along the Meramec River, including locations downstream from a major metropolitan area as well as less populated rural areas. The sites closest to major metropolitan areas and humans saw more microplastic particles per liter, which very slowly and gradually decreased as you moved further away from humans, but were still found in the freshwater system.

A team of researchers, led by Jason Knouft, Ph.D., professor of biology, principal investigator with the WATER Institute at SLU, and scientist at the National Great Rivers Research and Education Center, and Elizabeth Hasenmueller, Ph.D., associate professor of Earth and atmospheric sciences and associate director of the WATER Institute at SLU, studied levels of microplastics at 19 sites along the Meramec River, including locations downstream from a major metropolitan area as well as less populated rural areas.

“What we found was that the human factors basically told us where the microplastics were,” Hasenmueller said. “The distribution of microplastics in the watershed wasn't driven by river flow or sediment inputs. Instead, it was mostly related to how close the site was to inputs of wastewater or a city. Those sorts of things were the biggest predictors.” 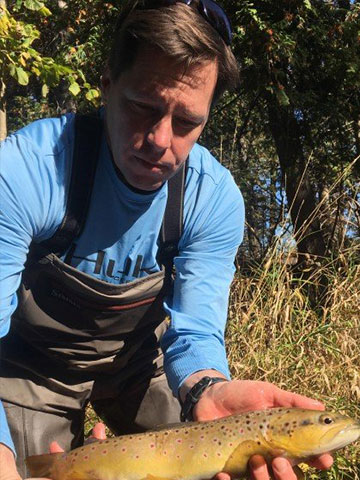 Jason Knouft, Ph.D., professor of biology, principal investigator with the WATER Institute at SLU, scientist at the National Great Rivers Research and Education Center, and a lead researcher on studying microplastics in the Meramec River. File photo.

To determine where microplastics were in a freshwater system and to determine the levels of microplastics present, researchers examined the river sediments in the Meramec River watershed. The team also applied hydrologic modeling to estimate the importance of river discharge, sediment load, land cover and wastewater discharge sites to determine how these factors affect microplastic distribution.

Throughout their research, Knouft and Hasenmueller made several new and yet expected discoveries. The data showed that the best indicator of finding microplastics in the Meramec River was the proximity to humans. Plastic is created and consumed by humans; it makes sense that if a river site is near humans, microplastics will be found there.

“Before we began, I kept an open mind,” Knouft said. “I approached it this way: whatever we find, it's not going to be surprising to me. If we found that these things are hammering the ecosystem, I would say, ‘Yeah, that makes sense.’ But if we had found they aren’t really doing anything, I’d say, ‘Yeah, that makes sense, because they’re these things that are just passing through.”

Hasenmueller was not surprised that humans were the largest contributing factor to finding microplastics in the Meramec River, but she was surprised just how prevalent those microplastics were throughout the basin.

“We knew microplastics would be there, but the amount of plastic, it was just everywhere you looked,” Hasenmueller said. “I thought that there might be more of an influence of the stream’s discharge and sediment loads on the distribution than what we saw, which surprised me.” 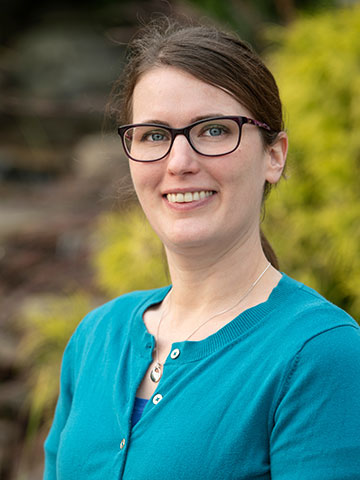 Elizabeth Hasenmueller, Ph.D., associate professor of Earth and atmospheric sciences, associate director of the WATER Institute at SLU and a lead researcher on studying microplastics in the Meramec River. Photo by Sarah Conroy.

Now, the attention turns to what can be done to prevent these microplastics from reaching freshwater systems. There are already small steps individuals can take to reduce their plastic consumption, such as ensuring plastics go to recycling plants, but researchers will also be looking ahead to determine large-scale remedies to protect our freshwater systems.

“I think the biggest solution to remedy the issue of microplastics is also one of the hardest solutions, which is reducing the amount of plastic that we use,” Hasenmueller said. “Nearly everything is plastic; our clothes have plastic in them, food and water are stored in plastic, and all of these different things in our everyday life are made of plastic. So having big companies reduce the amount of plastic could be impactful because there’s only so much we can do as consumers.”

SLU students contributed to this research effort, including co-first authors Teresa Baraza and Natalie Hernandez. Other authors on the paper include Chin-Lung Wu, Ph.D., from the department of biology at SLU, and Jack Sebok from Washington University in St. Louis.

Located in the City of St. Louis and at the confluence of the Mississippi and Missouri Rivers, the Water Access, Technology, Environment and Resources (WATER) Institute at Saint Louis University is the first of its kind in the American Midwest. Inspired by the University’s Jesuit identity, the mission of the WATER Institute is to advance water innovation to serve humanity.