ST. LOUIS — Sahiti Kuppa, a graduate student at the Saint Louis University School of Medicine, has received a high-profile award from the National Cancer Institute (NCI). This is the first time a SLU student has received the award.

"Kuppa is one of only 25 students in the nation to receive the competitive award this year," said Edwin Antony, Ph.D.,  professor of biochemistry and molecular biology, whose research focuses on understanding the mechanism of how proteins function in response to DNA damage and carcinogenesis. “It’s a testament to the excellent educational and training opportunities students receive at Saint Louis University and the SLU School of Medicine.” 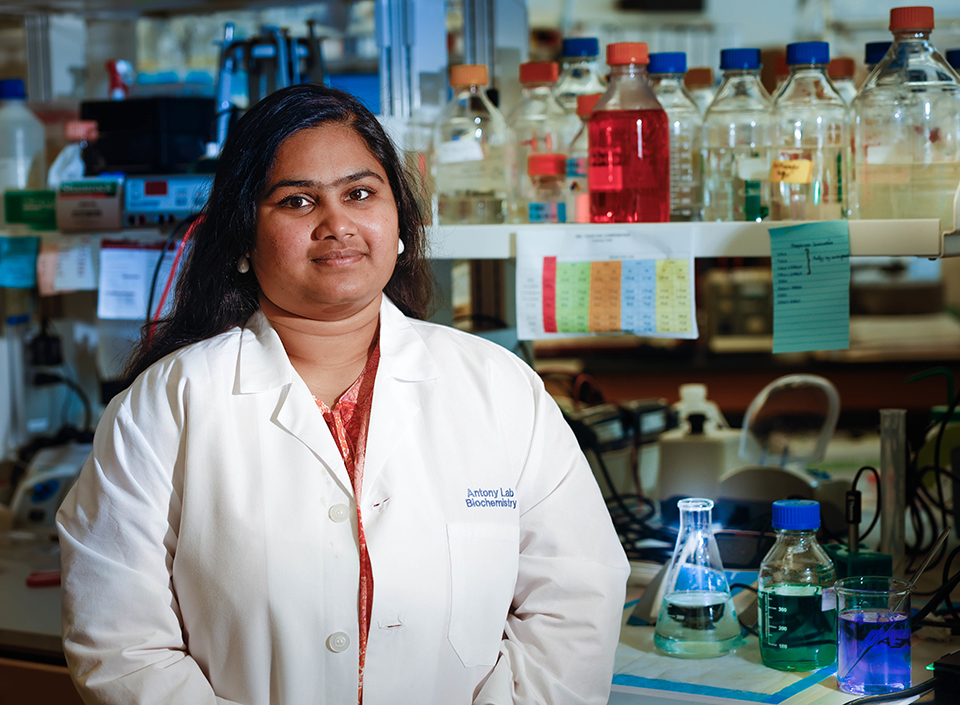 The purpose of the award is to encourage and retain outstanding graduate students recognized by their institutions for their high potential and strong interest in pursuing careers as independent cancer researchers.

“The combined F99 and K00 training phases will provide me with the necessary skills towards an independent research career focused on understanding multiple mechanisms that alter carcinogenesis,” Kuppa said. 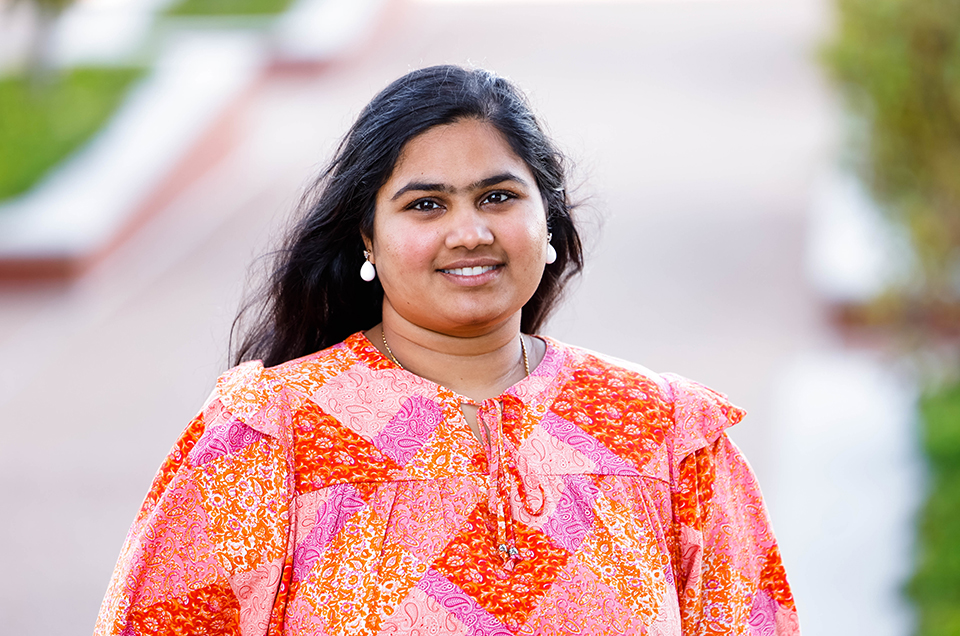 The award supports Kuppa’s research in understanding the interplay between genomic instability and associated cancers. Her doctoral work centers around understanding the dynamic nature of an essential DNA repair protein called replication protein A (RPA) and its functions.

“Genomic insults happen almost all the time, and these often lead to cancers,” Kuppa said. “Our cells have a machinery of proteins that extensively help repair this DNA and preserve genomic stability.”

“DNA repair proteins are known to have altering functions during carcinogenesis. This makes the DDR factor interesting and targets for cancer therapeutics,” Kuppa said. “My work specifically focuses on understanding how DNA repair factors are controlled through chaperones, especially in cancers”

Kuppa says she has uncovered a novel phenomenon of how a chaperone protein called Regulator of Ty1 transposition 105 (Rtt105) regulates RPA. Using sophisticated biophysical, biochemical, and structural tools, Kuppa shows that ssDNA binds to the RPA-Rtt105 complex and removes the restraints to promote the recruitment of DDR factors. In higher eukaryotes, a protein called RPA-interacting protein (RPAIN) serves as the functional ortholog of Rtt105, and she will focus on deciphering its mechanism of action.

In addition, using cryoEM, she will determine the structures of RPA bound to these chaperone-like proteins. In the K00 part of the proposal, she will focus on identifying chaperone-like proteins specific to other cancer-related DDR proteins. She will investigate the regulatory and signaling mechanisms that control the nuclear-cytoplasmic transport mechanism of DDR factors during DNA damage and cancers.

“Throughout my submission of the grant, I have received tremendous support,” Kuppa said. “This wouldn't be possible without my mentor Dr. Edwin Antony who encouraged me to apply and never let me stop with mediocre."