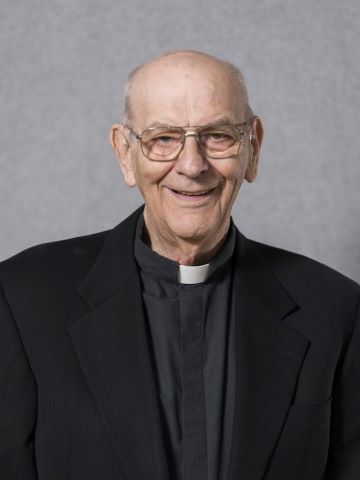 Fr. Apel earned a bachelor’s degree in chemistry/math-physics at Spring Hill College and a master’s degree in theology at Saint Louis University. He did additional studies in science at the University of Colorado.

In 1985, he was assigned to St. Stephen’s Mission on the Wind River Indian Reservation in Wyoming, where he served in pastoral ministry to the Eastern Shoshone and Northern Arapaho for 12 years.

He came back to St. Louis as pastoral assistant for the former Missouri Province from 1997 to 2002. He then returned to the high school classroom at Regis Jesuit High School in Denver, where he taught Latin and science, while also serving in a pastoral direction in the Girls Division and as superior of the Jesuit community.

Following a sabbatical, he was assigned in 2008, as associate pastor at the St. Andrew Mission in Pendleton, Ore., where he remained for two years. From 2010 to 2012, he served in pastoral ministry on the Spokane Indian Reservation and Umatilla Indian Reservation, in Spokane, Wash. 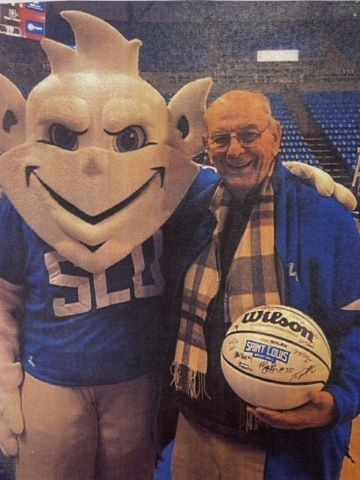 Fr. Apel moved to the Jesuit Hall Community at Saint Louis University in 2012. He became a recognizable figure on SLU’s campus, as he regularly walked the grounds and made himself available to students. He was also a regular at Billiken athletic events.

“Our Billiken community lost a wonderful fan and colleague in Father John Apel,” said Chris May, SLU’s Director of Athletics. “Father Apel brought a great passion to SLU in supporting Billiken student-athletes at games and practices. We will miss Father Apel’s uncanny whit and flare by which he supported the Billikens.

“Father Apel had a way of bringing a smile to everyone he touched. However the game turned out, he would always leave you with a message that made you think and smile,” May said. “Clearly, Father Apel was one of a kind that we will miss dearly.”

Fr. Apel was preceded in death by his parents; his sister Rosalene Kessenich and his brother, N. James Bradley. He is survived by sister Marie Gadd; and several nieces and nephews.

A Mass of Christian Burial will be held at 10:30 a.m. Saturday, Jan. 7, at St. Francis Xavier College Church. Visitation will precede the Mass in the church, beginning at 9 a.m. Burial will be at Calvary Cemetery immediately after the funeral.

Memorial gifts may be made to the USA Central and Southern Province of the Society of Jesus at 4511 West Pine Blvd., St. Louis, MO 63108 or through the province website.