ST. LOUIS (Feb. 20, 2018) — Saint Louis University announced today that SLU alumnus and trustee Dr. Richard A. Chaifetz and his wife Jill Chaifetz have increased their giving to $27 million, including $15 million to the University’s business school. In 2007, the couple provided the lead gift of $12 million that enabled the construction of Chaifetz Arena.

To honor this new, generous contribution to business education at SLU, the University announces that, effective immediately, it will name its business school the Richard A. Chaifetz School of Business and name the school’s entrepreneurship center the Chaifetz Center for Entrepreneurship.

The gift from Richard and Jill Chaifetz to the business school will support its educational mission and serve to advance the Chaifetz School of Business in building its reputation nationally as among the best in the country. 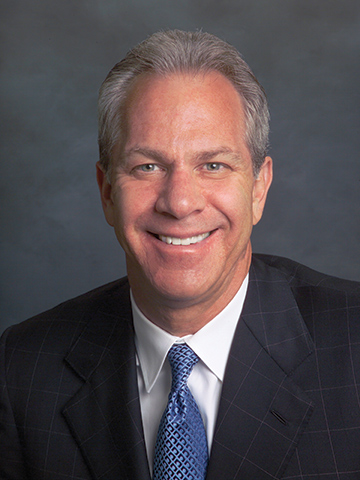 Dr. Chaifetz is a world-renowned entrepreneur and business leader, who in 1984 founded ComPsych Corporation, which today is the world’s largest provider of employee assistance programs, behavioral health and wellness services. The company, of which he remains Founder, Chairman and CEO, provides services to more than 100 million individuals and 45,000 organizations in more than 160 countries. He also is Founder and Chairman of the private investment firm Chaifetz Group, which provides capital for venture, growth equity and acquisitions. He has been a member of SLU’s Board of Trustees since 2007 and was an inaugural member of the business school’s Entrepreneurial Hall of Fame.

“This leadership gift from Richard and Jill Chaifetz shows their continued, phenomenal support for the University and the growth and prominence of our nationally-ranked business programs,” SLU President Fred P. Pestello, Ph.D., said. “We are proud of all that Richard has accomplished, and we are thankful for his ongoing engagement as a trustee and benefactor. Richard and Jill have enhanced our University in so many ways, especially through their philanthropic support.”

“Our faculty, staff and students are especially grateful that Richard and Jill Chaifetz want their gift to go to the advancement of business programs in the Richard A. Chaifetz School of Business,” Dean Mark Higgins, Ph.D., said. “Dr. Chaifetz is known around the world for his entrepreneurial successes and business acumen, and this groundbreaking gift will enhance the education of our future business leaders.”

In early 2017, John Cook, for whom the school had been named since 2000, generously agreed to make the naming of the business school available to other benefactors to encourage a large gift to the school. Subsequently, in late 2017, the University began conversations with Richard and Jill Chaifetz about a substantial gift to support the school, and the University offered to name the school for Dr. Chaifetz in light of this gift.

The Richard A. Chaifetz School of Business has seven nationally ranked programs by U.S. News and World Report — three undergraduate and four graduate — including the country’s No. 9-ranked undergraduate entrepreneurship program.

“I am incredibly grateful for all that my SLU education has done in preparing me for, and contributing to, my successes in life. As a passionate supporter of SLU, and with a strong belief that business education and sports play a vital role in enhancing a school’s reputation and attracting the best and the brightest students, I am honored to have contributed to SLU’s sports program through the Chaifetz Arena gift and to now have this outstanding school and entrepreneurship program named for me,” Dr. Chaifetz said. “I look forward to engaging with the faculty, staff and students in the years ahead.”

In addition to his companies, Chaifetz has served on the board of directors, as well as an advisor, to several public and private corporations that currently include Pixel Press, Save Wave Energy, Kennet Partners, Vistria Group and MedAware. He is on the board of trustees of The Field Museum of Natural History, TCS Education System, the Miami University Foundation Board, the Brain Research Foundation and the Illinois Holocaust Museum and Education Center. In 2007, he was named Saint Louis University’s Alumni of the Year. He was awarded The Brain Research Foundation’s 2014 Frederic A. Gibbs Discovery Award in Philanthropy. In 2017, he also received the Illinois Holocaust Museum’s Humanitarian Award.

“His fellow University trustees and I applaud the generosity and leadership of Rich Chaifetz,” said Joe Conran, Chairman of the SLU Board of Trustees. “He and Jill exemplify the philanthropic spirit that allows great institutions, like SLU, to grow and prosper.” 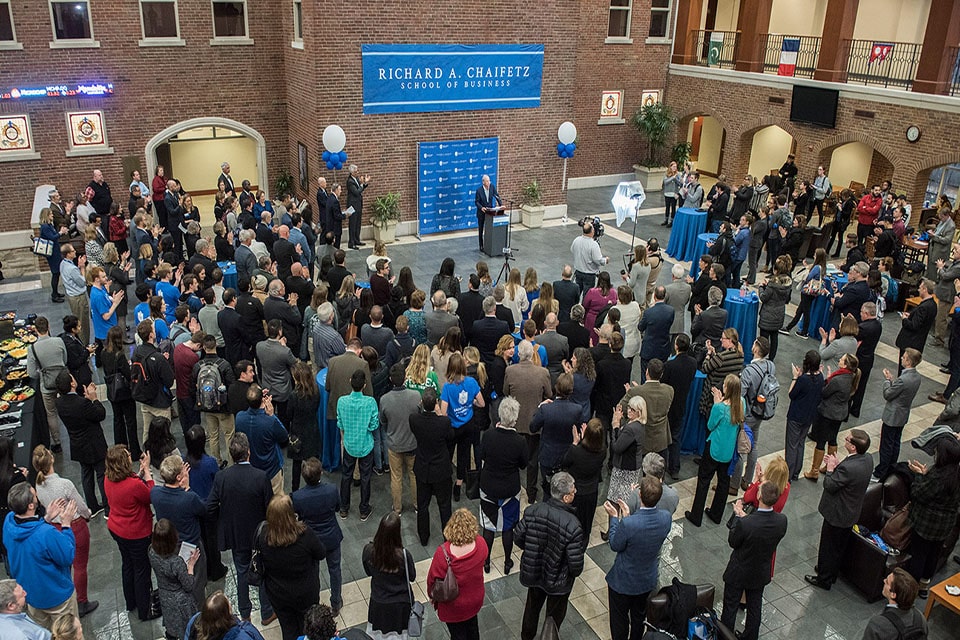 Dr. Chaifetz, Dr. Pestello and Dean Higgins spoke with students, faculty, community business leaders and staff in the atrium of the Richard A. Chaifetz School of Business on Feb. 22.