SLU 200: DPS Takes the Plunge Into Icy Waters for a Good Cause 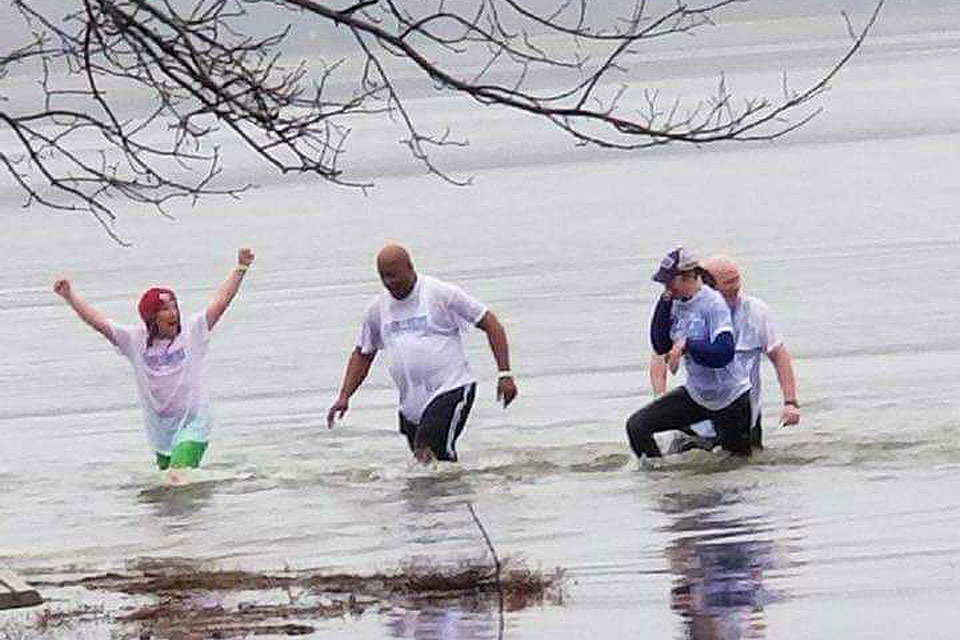 Members of the Department of Public Safety (DPS) including Chief Jim Moran (left) did their impressions of polar bears by taking a dip in frigid waters to benefit the Special Olympics. Submitted photo

The officers and Chief Jim Moran jumped into the frigid waters of Creve Coeur Lake as part of the Law Enforcement Torch Run, a series of events that supports athletes of the Special Olympics. 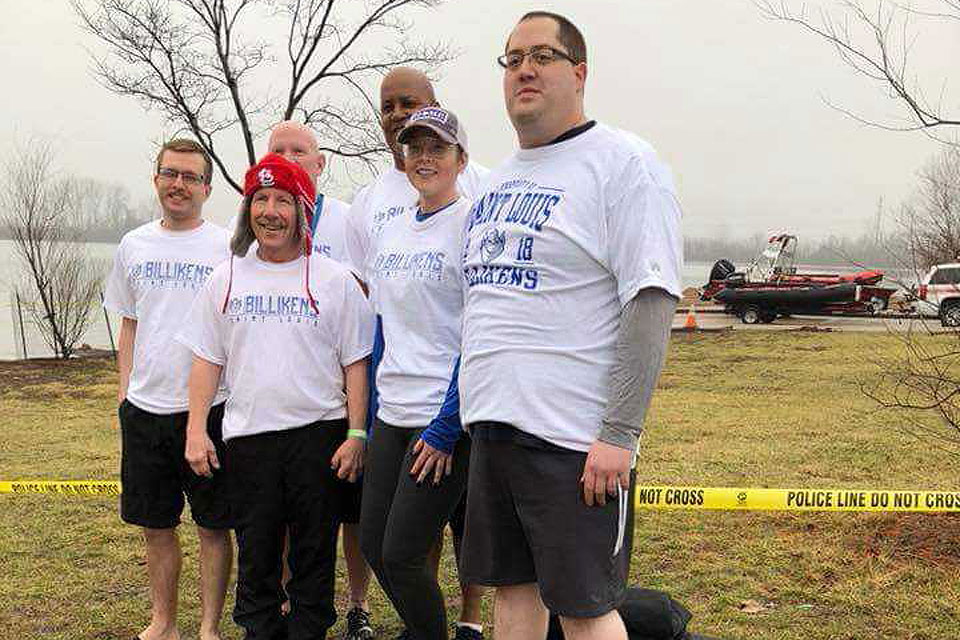 DPS has taken part in the plunge for three years. This year, in honor of SLU’s bicentennial, the team logged 27 service hours for the 200-Years-in-One Challenge.