The Academic Tech Commons (ATC) in Pius XII Library has been recognized in American Libraries’ 2018 Library Design Showcase, which appears in the magazine’s September/October issue and is available online here. 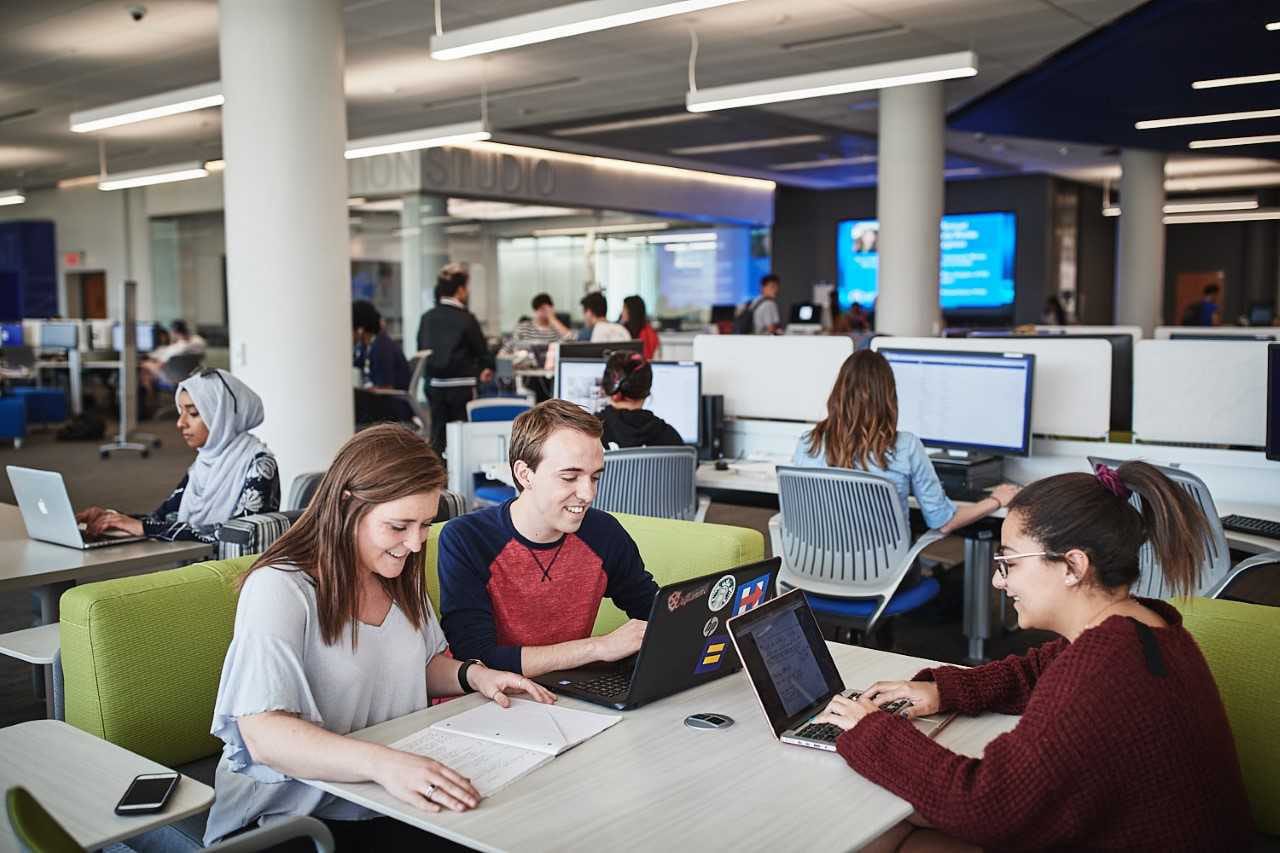 The magazine calls the tech commons a standout feature which reimagines the academic library model.

“Inspired by the Genius Bar at Apple stores, the ‘Ask SLU’ concierge service features walk-up information desks where patrons can receive tech support from both students and faculty,” the American Library Association noted.

Saint Louis University, along with its architectural design firm RATIO, was one of 17 institutions honored by the American Library Association for their new and renovated libraries. The annual feature in the ALA’s American Libraries honors innovative and interesting academic, public, school and special library constructions that effectively address user needs.

The space includes 3D printers, 360 cameras, recording studios and hologram technology among its arsenal of innovative technologies. The ATC features modular seating as well as work areas to support individual or group work.

Quick print and charging stations are available and library users have the option to check out tablets, cameras and laptops while also accessing video editing and creation software.

The project was a collaboration that included the University Libraries, Information Technology Services (ITS) and the Student Government Association (SGA). The first phase of the project was announced in May 2017.

Two additional phases are planned for the ATC project, which include the creation of two new active learning classrooms, a flexible recording studio and small group study spaces. The SGA provided critical financial support to the project. Funds from existing student technology fees will fund a portion of the costs for the project over the next four years.

Other Missouri honorees this year include the post-tornado renovated Joplin Public Library and the John M. Olin Library at Washington University in St. Louis.