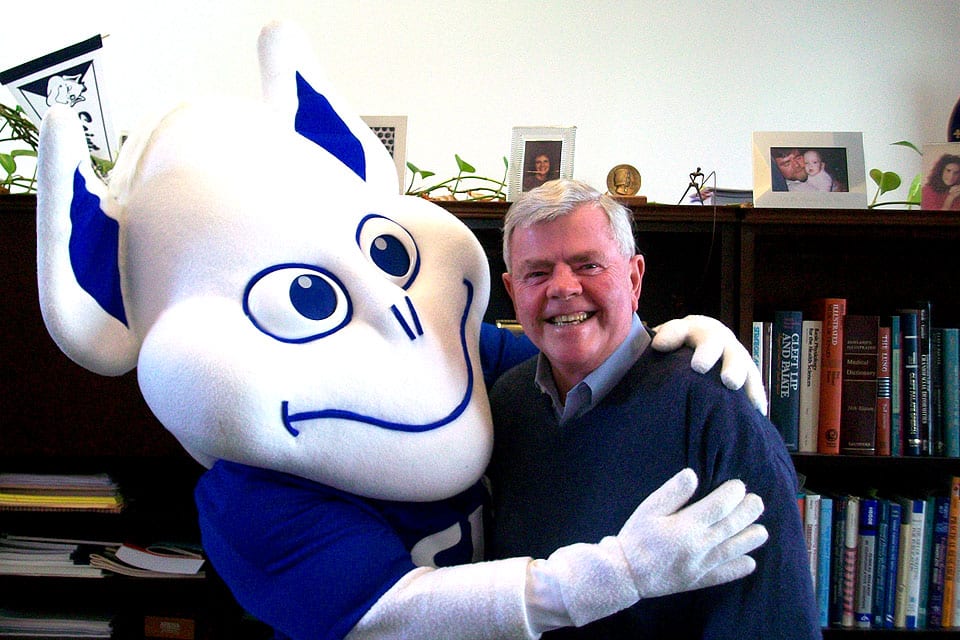 Donald "Don" Brennan, Ph.D. (A&S '67, A&S Grad '69), was a professor and former SLU dean. He died in 2011 and the University community has continued his traditional golf outing to raise funds for a scholarship fund established in his name. Submitted photo.

The tournament will begin at 8 a.m. at the Links at Dardenne Golf Course, 7000 Brassel Drive in O’Fallon, Missouri. The outing’s costs are as follows:

Brennan, past dean of the College of Arts and Sciences and the Graduate School, organized a golf outing known as the SLU Hackers Tournament for many years prior to his death in 2011. An alumnus of SLU twice-over, Brennan received his bachelor degree in 1967 and his M.A. in 1969 from Arts and Sciences before obtaining a Ph.D. and returning to SLU as a member of the faculty. He also served as associate provost for research.

To honor his memory, the University community has continued Brennan’s traditional golf outing. The tournament raises funds for a scholarship fund that was established in Brennan’s name.