A Saint Louis University alumnus and SLUCare physician, Duane Moore, M.D., and his wife, Katrina Thompson Moore, Ph.D., of SLU’s Department of History, have established a new scholarship fund to honor the achievements of a pioneering African-American St. Louis leader and to help medical students who hail from economically or educationally disadvantaged backgrounds. 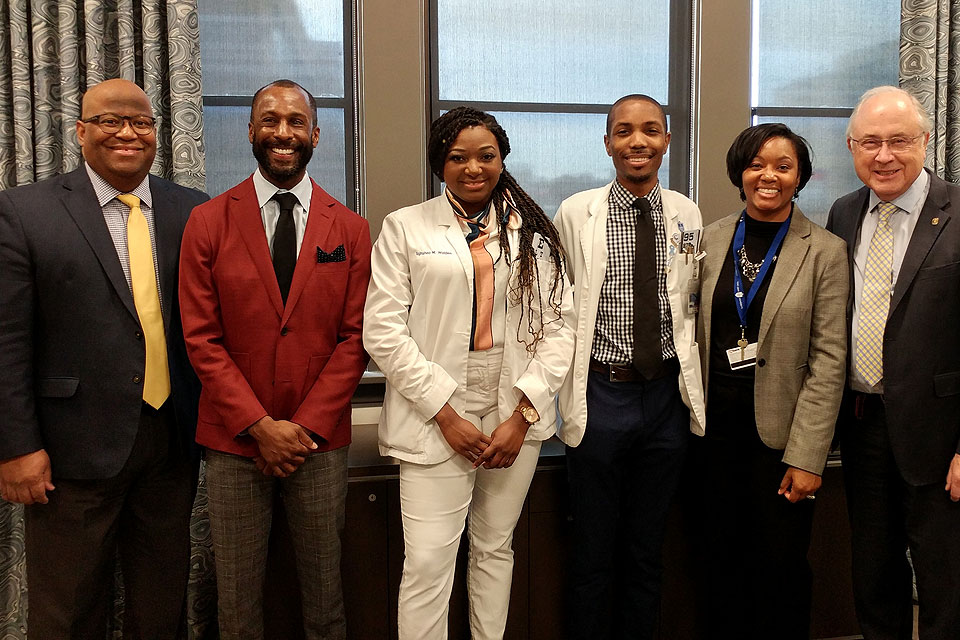 Duane Moore, M.D., graduated from the School of Medicine in 2002 and from the College for Public Health and Social Justice’s Master of Health Administration (MHA) program in 2014. He is a SLUCare pediatric emergency medical physician at SSM Health Cardinal Glennon Children’s Hospital.

Katrina Thompson Moore, Ph.D., is an associate professor in the Department of History in the College of Arts and Sciences. Her research interests include the interplay between race, gender and popular culture in 19th and 20th Century North America.

This scholarship is named in honor of the achievements of John Berry Meachum (1789-1854) a pastor, businessman, educator and founder of the oldest black church in Missouri. Meachum was born into slavery, but at the age of 21, had purchased his freedom.

He would go on to dedicate much of his life to developing and supporting educational opportunities for black people in St. Louis. Meachum would circumvent a Missouri law banning all education for African-Americans by creating the “Floating Freedom School” on a riverboat in the middle of the Mississippi River in the late 1840s.

Meachum’s wife, Mary, was an African-American abolitionist. The Mary Meachum Freedom Crossing, the first Missouri site to be accepted in the National Park Service’s National Underground Railroad Network to Freedom, is named for her.

The scholarship fund is administered by the Office of Diversity, Equity and Inclusion in the School of Medicine. One to two awards will be made annually.