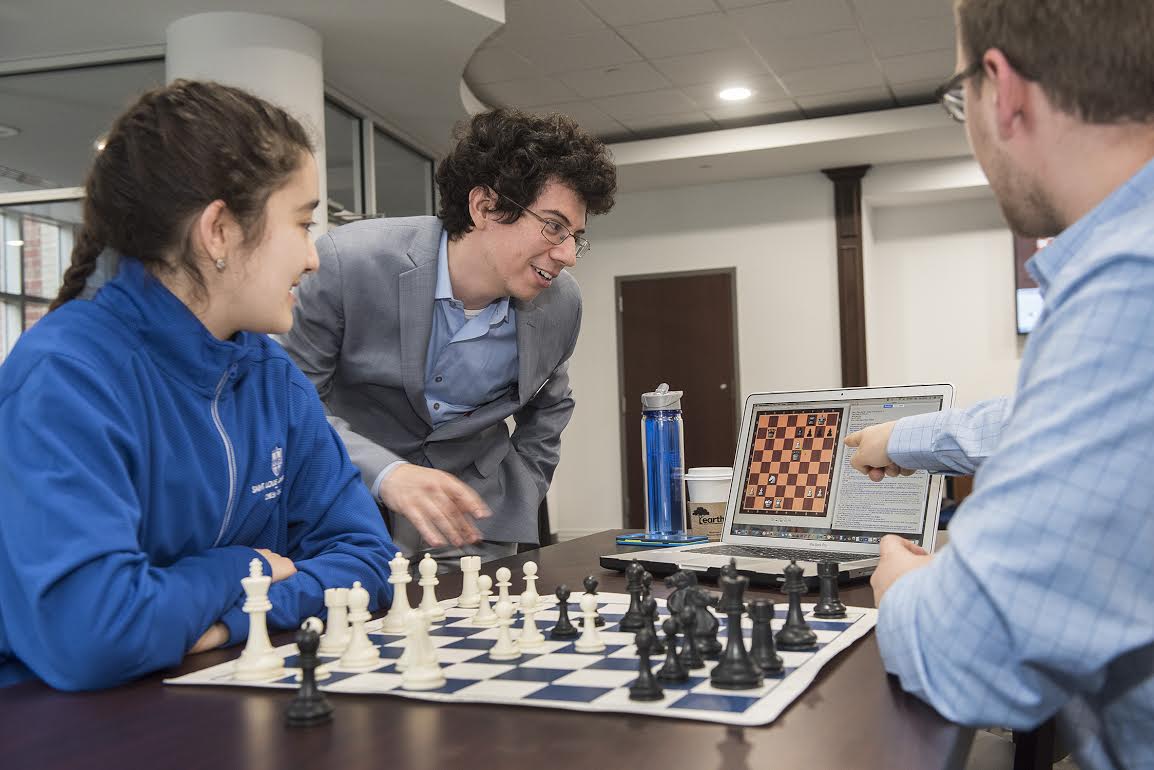 The tournament will be held at Il Monastero and begins at 10 a.m. on Saturday, March 16.

The SLU tournament will begin with six rounds of rapid chess, played with a time control of 15 minutes per game, and a 10-second bonus per move. Players will compete for their schools and for themselves. The top four scorers from each university count toward the team total. The team with the most points will win the event’s national champion title.

On Sunday, March 17, play will continue with a new tournament with 12 rounds and a time control of three minutes, with a two-second bonus per move.

The tournament is free and open to the public.

To learn more about Chess at SLU, meet the team.