Saint Louis University has placed Hotel Ignacio up for sale and is actively communicating with prospective buyers for the boutique hotel. 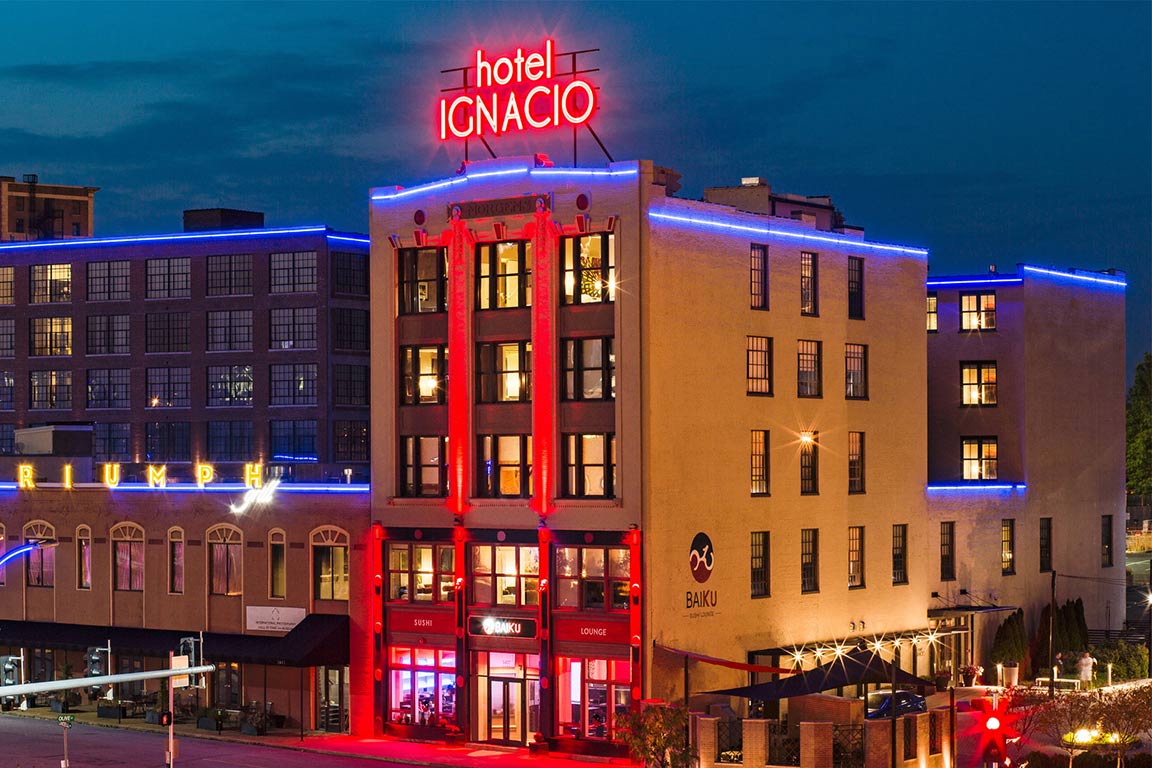 A view of Hotel Ignacio at night. File photo

The SLU-owned hotel opened in 2011 in a redesigned building at 3411 Olive St. on the north campus. The hotel has 49 guest rooms and two suites and is the closest hotel to the University. Named the city’s “best hotel” in 2014 by The Riverfront Times, Hotel Ignacio has received several accolades for its unique style.

While it has been a popular hotel destination, the changing hotel landscape has led to the decision to sell the hotel.

“There is increasing hotel capacity because of new hotel developments in the areas near SLU,” said CFO David Heimburger. “Because of this and the ongoing funds that would be needed to keep Hotel Ignacio competitive, the University feels this is the right time to sell this attractive property to new owners.”

Heimburger said he expects little change in the hotel’s operations after the sale is completed. Hotel Ignacio employs approximately 15 staff members and the impending sale has been shared with them.  The University will urge the new owner to retain as many of the current staff as possible.

It is important to note that while Hotel Ignacio is up for sale, University departments can continue to book rooms at the hotel as they always have.