Celebrate the Closing of the Ignatian Year, Feast of St. Ignatius on Sunday, July 31

All members of the St. Louis Ignatian family are invited to celebrate the closing of the Ignatian Year with a Mass Sunday, July 31, at the Shrine of St. Joseph. 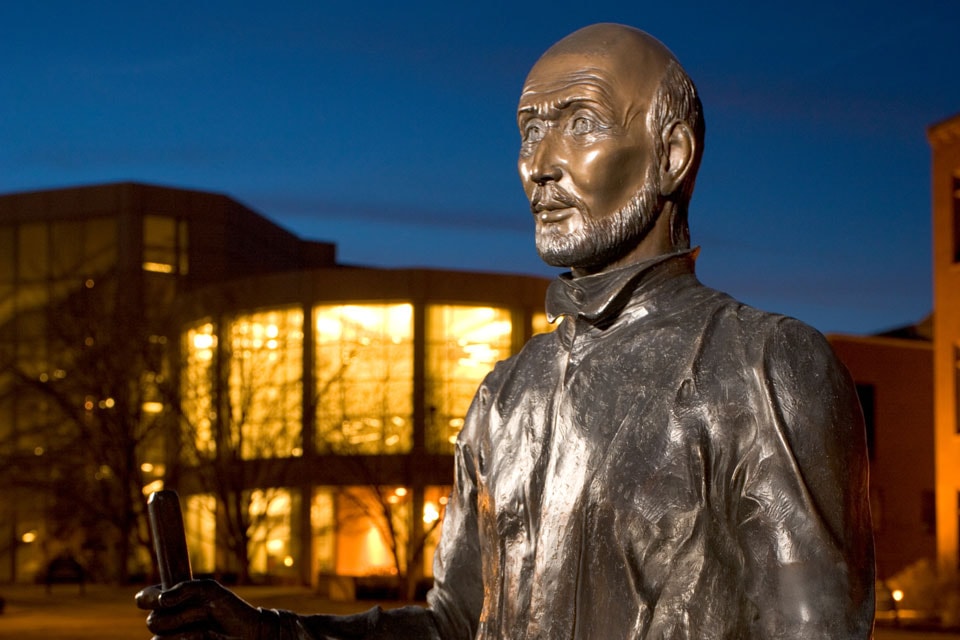 Fr. David Suwalsky, S.J., the vice president for Mission and Identity at Saint Louis University, will be the celebrant during the 11 a.m. Mass to honor both the Feast of St. Ignatius Loyola, founder of the Society of Jesus, and the close of the Ignatian Year.

The Ignatian Year was announced by Arturo Sosa, S.J., Superior General of the Society of Jesus to be celebrated in the Jesuit works around the world. It began in May 20, 2021, on the 500th anniversary of the wounding of St. Ignatius at the battle of Pamplona. The year continued commemorating the 400th anniversary of the canonization of Ignatius Loyola and Francis Xavier, March 12, 1622.

The parish of St. Joseph was founded by the Jesuits of St. Louis to serve German-speaking Catholics in 1843. Jesuits continued to staff the parish until its administration was given over to the Archdiocese of St. Louis at the request of Cardinal Joseph Ritter in the 1950s.

The church is known today as the Shrine of St. Joseph because of a Vatican-confirmed miraculous healing through the intercession Peter Claver, a Jesuit missionary of the 17th century who spent his life in and around Cartagena, Colombia working among and providing relief to enslaved Africans. St. Peter Claver was canonized in 1888.

Docents will offer tours after the 11 a.m. mass. The Shrine of St. Joseph is located at 1220 North 11th Street.