From stealing a competing athletic team’s mascot to crowning a homecoming court, some Saint Louis University homecoming traditions are lost to history, and some ⁠— like cheering on the Billikens ⁠—  are here to stay. Hear from the experts how one of the University’s favorite traditions has evolved over the years — then share your own homecoming memories. 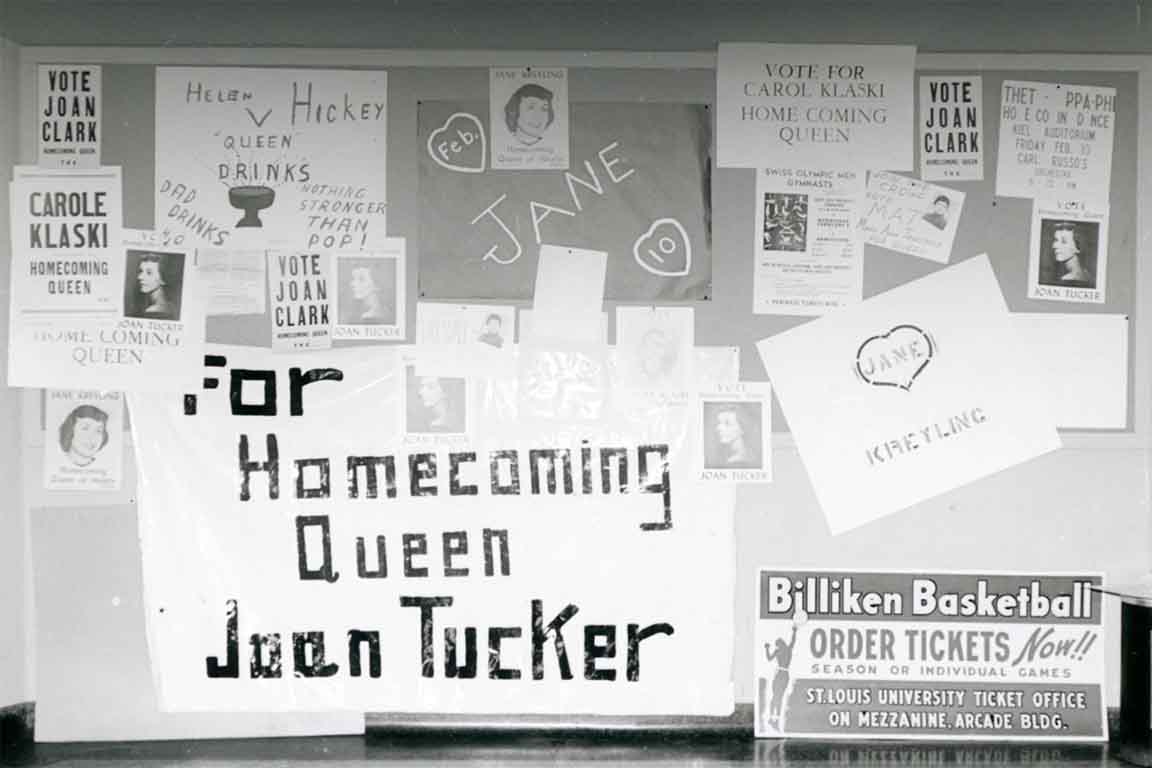 Dating back to the mid-1920s, homecoming has welcomed SLU students and alums back to campus for about a century, according to the University’s archivists. SLU is the home of the nation’s first forward pass, and the earliest homecoming events centered on football games, as well as the rivalries between regional teams.

One of University Archivist Caitlin Stamm’s favorite homecoming-related stories involves SLU’s football team traveling to the Loyola University Chicago campus to steal its team mascot  — a goat  — and smuggle it to St. Louis on a train before hiding it on campus.

“It was in a student's basement,” Stamm said. “They put it in the School of Commerce and Finance showers, and then they tied the goat to the goalpost during the game as kind of their big homecoming celebration prank. They should have really focused more on football because they lost.”

“In the 1920s, they would publish an article in the paper a week or two in advance and say, ‘Show up to the game, it's the homecoming game, and wear a button that says “Hello, Bills!” and try to sit on the right side,’” Stamm added. “So, it wasn't the formal event that we think of it as.”

Just as homecoming was gaining speed as a tradition, SLU  — and the world — changed.  Stamm and Waide believe homecoming celebrations were put on hold in the early ’40s during World War II.

There were far fewer men on campus. And, by the 1950s, no football either. SLU’s last official football season was in 1949.

SLU’s first homecoming after the war was in 1946 and featured a parade for the first time, as well as bonfires, dances and more pranks.

“There was a real excitement on campus about moving on post-war, coming back to campus,” Stamm said.

By the 1950s, the election of homecoming courts, including queens and kings, became the focus of homecoming, she added. Campus groups put forth candidates and students campaigned for the honors. Parades commonly ran up and down West Pine Boulevard, Waide said, while others went through the streets of downtown St Louis.

There was a real excitement on campus about moving on post-war, coming back to campus."

And, instead of a football team, homecoming attendees were now cheering on Billiken men’s basketball.

No Longer in the Mood to Celebrate

By 1969, Waide was on campus as a student. He remembers the “Miss Saint Louis University contest” and a brief resurgence of football when the club team was featured at homecoming. A Founder’s Week that started in the 1950s continued to be held, sometimes in connection with homecoming, sometimes not. Whether centered on basketball or football, though, celebrating started to lose its appeal to students in the late ’60s and ’70s.

“You have to remember that we're talking about, in some ways, the middle of the Vietnam conflict,” Waide said. “And so things like homecoming and dances certainly didn’t seem important or didn't hold the same appeal, I think, to students as they did a few years prior to that.”

So, when did homecoming begin to look like the event we see at SLU today? By the late ‘90s, a shift began away from basketball to celebrating homecoming with a soccer game and campus reunions, especially the 50-year Golden Billikens. 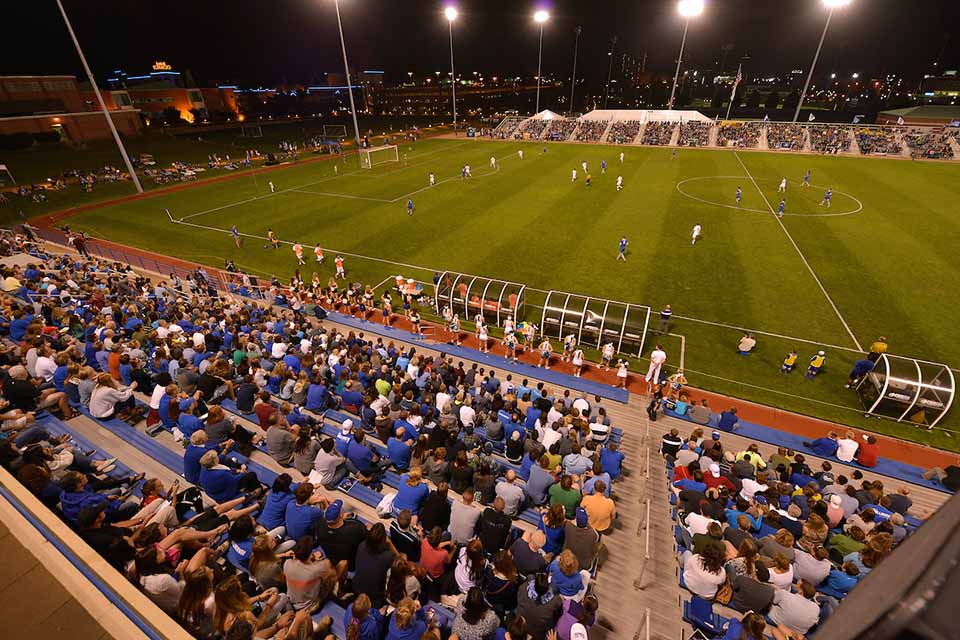 The annual fireworks display, a crowd favorite, began in 1999, and other events like campus tours, open houses in Grand Center and the golf-cart parade started in the early 2000s. Parents Weekend combined with homecoming in 2004, creating what is now known as Homecoming and Family Weekend.

Through all the changes, though, the core connectivity and pride in being a Billiken central to SLU remains the same.

“We have the connection of homecoming not just being alums coming back to the alma mater but also for parents of current students to come and have everybody celebrate,” Waide said.

This article was adapted from a 2020 webinar. Interested in learning more? Watch the “The Tradition of Homecoming at SLU” on YouTube.