A round-up of appointments, awards, presentations and papers for SLU faculty, staff and students. 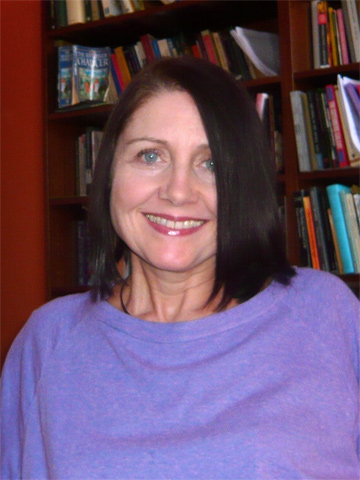 This award, which includes accommodation in Cambridge and participation in the intellectual life of the College, will support Evans' ongoing research in archives in the United Kingdom. She is currently completing a scholarly monograph on the poet Geoffrey Chaucer and medieval notions of fiction-making and memory. 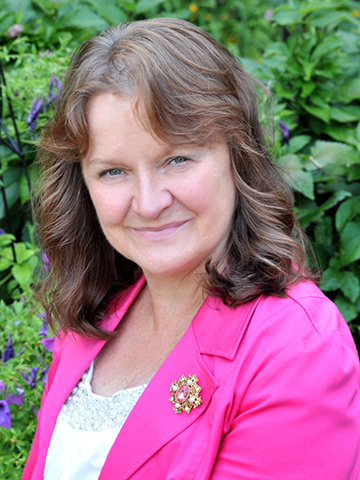 Verna L. Hendricks-Ferguson, Ph.D. (Nursing) was the 2017 recipient of the Certified Hospice and Palliative Pediatric Nurse of the Year Award, which was given by the Hospice & Palliative Credentialing Center. These annual awards recognize the work of all hospice and palliative care professionals from across the country.

In her work, Hendricks-Ferguson seeks to further the science regarding clinician-patient communication about pediatric palliative cancer care.

Thomas Olsen, M.D. (General Internal Medicine) was selected for mastership in the American College of Physicians, for excellence and distinguished contributions to internal medicine. He will be presented with the mastership during the 2017 Internal Medicine meeting in the spring.

Lisa Cannada, M.D., was named the chair of the American Academy of Orthopedic Surgeons Board of Specialty Societies in March at its annual meeting. Cannada is the first woman to hold this position.

Research by Saleem Abdulrauf, M.D. (Neurology) was published in the Journal of Neurosurgery about the outcomes of conducting brain aneurysm surgery while the patient is awake. The preliminary findings revealed a lower risk of stroke after surgery and a shorter length of hospital stay for patients who were awake during the surgery, as compared to other national studies on brain aneurysm surgery outcomes. Abdulrauf, chair of the department and a lead collaborator on the study, called this a “landmark article” for SLU and for the “awake” technique.

Elizabeth Blake, Ph.D. (Russian) presented "Petrashevtsy Dostoevsky and Pleshcheev on Human Rights After Their Contact with Intercultural Communities in Siberian Captivity," at ASEEES in Washington, D.C., November 2016. Blake also presented "The Intersection of Cultures in Dostoevsky's Crime and Punishment: Reflections on Teaching for the Core at a Jesuit Institution," at Crime and Punishment at 150 in Vancouver, October 2016.

Gregory Divers, Ph.D. (German) read from his translations of the Variété cycle of poems by the German poet Jakob van Hoddis at the American Literary Translators Association conference in Oakland, CA on Oct. 7.

Kelly Lovejoy, Ph.D. (Spanish) gave a research presentation titled "Is it always necessary to mitigate a disagreement?: Pragmatic variation in NS-L2 interactions as problem solving talk" at the Third International Conference of the American Pragmatics Association, Nov. 4, at Indiana University.

Sydney Norton, Ph.D. (German) presented the paper "Creating a German Language Newspaper through Collaboration and Community-Based Learning" on Nov. 20 at the American Council on the Teaching of Foreign Languages in Boston. She also presented this research at SLU's Annual Scholarship of Teaching and Learning Symposium on Oct. 28.

Rubén Rosario Rodríguez, Ph.D. (Theological Studies) gave the 12th Annual Lecture in Hispanic/Latino Theology and Missions on Jan. 25, at Concordia Seminary. Titled "Luther and Calvin on the Cosmopolitan Church," it commemorated the 500th anniversary of the Protestant Reformation and underscored its contemporary relevance.

Doctoral student Shahram Ahmadi Nasab Emran, M.D. (Albert Gnaegi Center for Healthcare Ethics) published an article in Johns Hopkins University's Perspectives in Biology and Medicine, Vol. 59, Number 2. The article is about how cosmetic practice has transformed medicine and added the goal of beauty to medicine and is titled "Cosmetic medicine revolution, the goals of medicine, and bioethics."

Freshman Mirna Lopez won the Just Mercy multimedia contest with her original drawing “Forgive, Forget, and Show Mercy,” which captured her own experiences of the building strength through forgiveness.

An article by doctoral student Ruaim Muaygil, M.D. (Albert Gnaegi Center for Healthcare Ethics) titled "Re-examining the Prohibition of Gestational Surrogacy in Sunni Islam," was published in the online version of Developing World Bioethics and also will appear in print.

Doctoral student Patrick O’Sullivan (School of Education), principal at Christ the King Catholic School in Dallas, Texas, was selected to receive the 2017 Lead. Learn. Proclaim. Award from the National Catholic Educational Association (NCEA) for dedication and commitment to excellence.
O’Sullivan was chosen from more than 150,000 teachers and administrators, as well as diocesan leaders and organizations dedicated to the nation’s Catholic schools. He will be recognized during the annual NCEA 2017 Convention & Expo in April. The annual award honors those whose ministry is Catholic school education and who have demonstrated a strong Catholic educational philosophy as well as exceptional ability, dedication and results.