On Nov. 8, Saint Louis University celebrates Billikens who are the first in their immediate families to attend college as part of the National First-Generation College Celebration. Hear from first-generation SLU students as they share what being a first-generation student means to them. 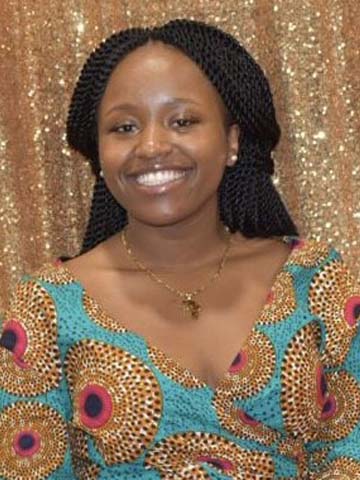 A first-generation student from Kenya, Sally Gacheru chose SLU, in large part, because of the financial aid package that she was offered.

"As a child of an immigrant and coming from a low-income household, affording a college education is a major obstacle and a huge financial burden for me and my family," she said. "Having an institution like SLU able to provide me with need-based aid has helped alleviate one of the many burdens that come with being in college."

But the resources and opportunities SLU presented to her also influenced her decision to be a Billiken.

"As a pre-med student, too, I was also looking for an institution that would be able to provide me with both academic resources as well as preparation for my future career."

For Gacheru, getting an education was a clear path toward her dreams.

"As an immigrant, I have learned that education is the primary passport that assists with thriving in this foreign country," she said. "As an individual with a strong determination of becoming a cardiologist in the future, a college education is one of the stepping stones to achieving my dream career."

She noted that being a first-generation student can be hard as she must navigate and learn the journey on her own. But, she said, it's not just an accomplishment for herself but also for her family and her younger sibling who is looking up to her.

For others who may be the first in their family to attend college, Gacheru said that the challenge is worth it.

"Take the leap of faith and do it. It might be hard but will be worth it," she said. "And when you get to that institution always remember you belong and never be scared to ask for help." 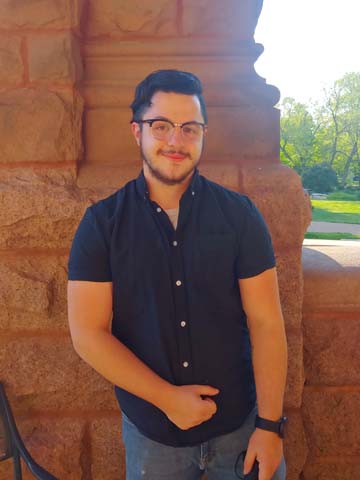 For junior Matt Hilz, a plant science major from Minnesota, being a first-generation student is a chance to blaze new trails and make his family proud.

He notes that choosing SLU centered around the biology program and the financial aid he was offered.

"SLU offered not only a really great biology program with a great city to delve into biology," he said, "but also a lot of financial aid which helped from a working class first-gen college student perspective.

He hopes to use his plant science degree to work in developing sustainable agriculture and horticulture.

"I want to work in St. Louis to build and cultivate a network of both urban and community gardens, which really is what I'm already working on through my work as an urban farmer at Urban Harvest STL," he said.

"One of the most important things to do at the start of college is to network and to work on discovering and knowing yourself." 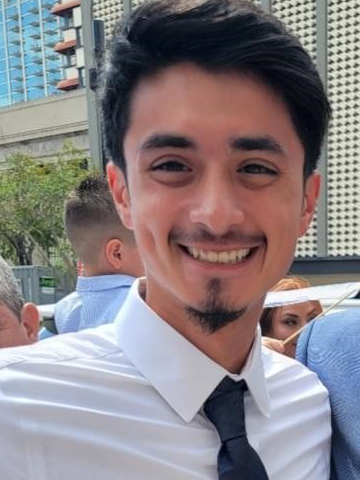 "I decided to come to SLU because it was a school that had the major that I wanted to pursue," he said. "What also helped was the location of the school made me feel somewhat at home since it is nearby the city and the school helped me a lot financially."

By getting his degree, he hopes to show his family and others what can be done with a college education.

"Once I do graduate, it would be a big accomplishment to show that it is possible to pursue a degree and live a better life," he said.

For other first-generation students considering a college education, he noted that the journey may be tough but the lessons learned are worth sharing.

"It will be a great accomplishment and you can spread that knowledge to others to help them get through it as you have experienced it yourself." 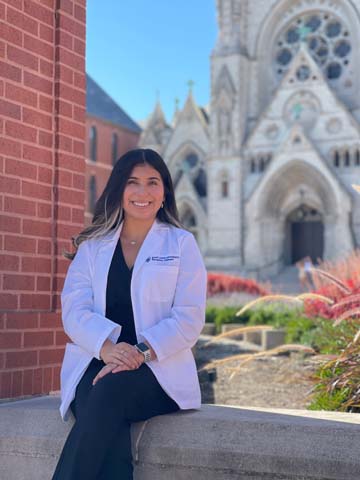 Katie Velazquez, a senior from Illinois, knew the moment she stepped foot on campus that SLU was the right place for her.

While the physical therapy program and a passion for the profession first got her interested in SLU, it was the tour that she took with her mom that sealed the deal.

"From the Jesuit mission to the beauty of St. Louis and SLU's campus, I knew I could spend at least six years here," she said.

For Velazquez, being a first-generation college student is a chance to give back to the family that supported her along the way.

"My mom and grandma, who raised me, have worked rigorous jobs their whole lives to get me to where I am," she said. "A college degree to me means that all of their hard work was worth it, and that I can help make a positive impact on this world and give back to the communities which need it most."

She acknowledges that being a first-generation student may be difficult but finding a support system is key.

"I would tell [future first-generation] students that I understand that it can be daunting, but that with the proper support systems (i.e., professors, peers, family), it is manageable and worthwhile.," she said. "We are the first to get these opportunities to continue our education and that takes an enormous amount of will power and courage."

Velazquez hopes to move back to her hometown after graduation and provide physical therapy to patients in Spanish, which is the predominantly spoken language in the area.