Our strategic plan charts our future course in a rapidly changing higher education environment. Magis Saint Louis University’s Strategy for the Future defines the direction we are following as we move into our third century providing a distinctive education based on Jesuit values and principles. 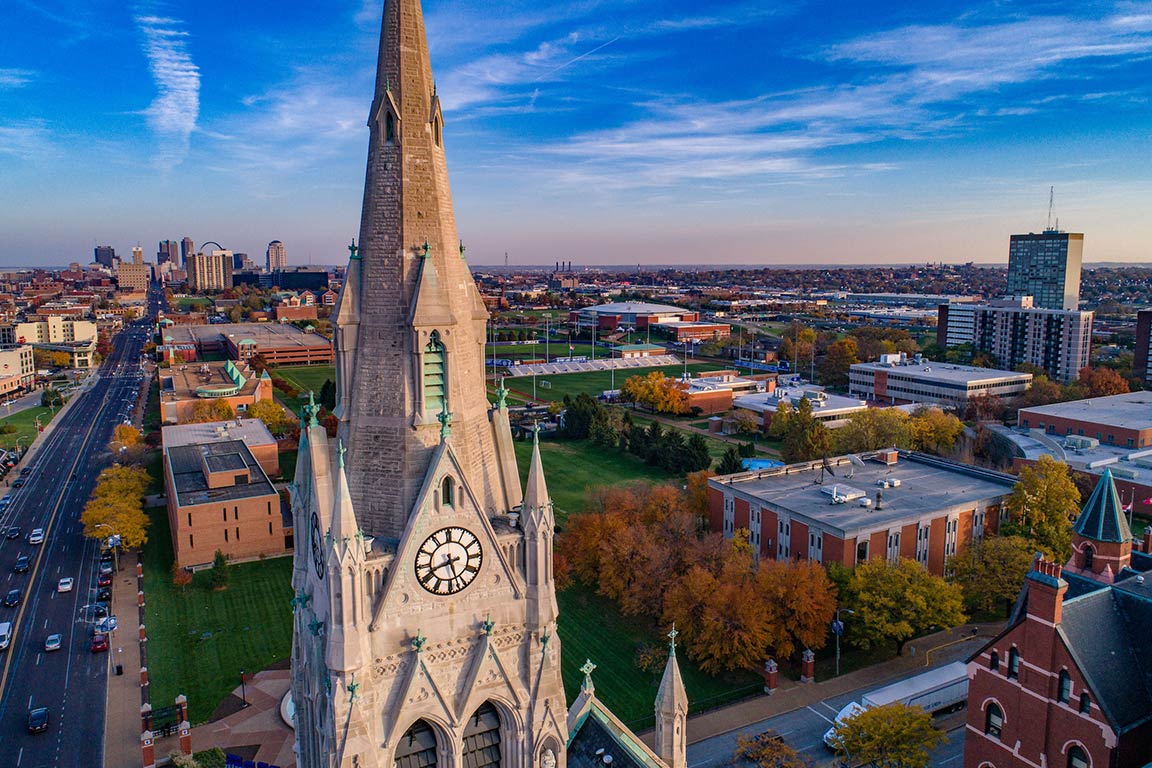 Through careful and strategic stewardship of our resources, human, physical, and financial, and with a commitment to the principles of shared governance, we dedicate ourselves to the next era of greatness for our university."

In August 2014, our entire SLU community embarked on the ambitious effort to create the multi-year strategic plan, which was approved by the Board of Trustees in September 2015.

Initiative One: Being a national exemplar of transformative educational and research excellence

Initiative Two: Being a market leader in health promotion and the highest quality medical care

Initiative Three: Being a leading catalyst for groundbreaking change in the region, the nation and the world

Initiative Four: Being an innovator and entrepreneur in all that we do

Initiative Five: Fostering a culture of excellence, effectiveness and efficiency deeply rooted in our institutional mission and Catholic, Jesuit values

In addition to the key initiatives, the plan includes 22 goals and 80 objectives that will be pursued over time. The 100-member President’s Advisory Council (PAC) was asked to rank the objectives by highest priority. Objectives that had a PAC rating of 10 or higher resulted in a list of 23 objectives that are being pursued first for development.

Numerous efforts and programs have launched in support of the plan since its approval, including: