A Look Back: Service at SLU

Service has always been big at Saint Louis University. Here's a look back at SLU's history of serving others — and a way for you to help us continue making history during the University's bicentennial year. 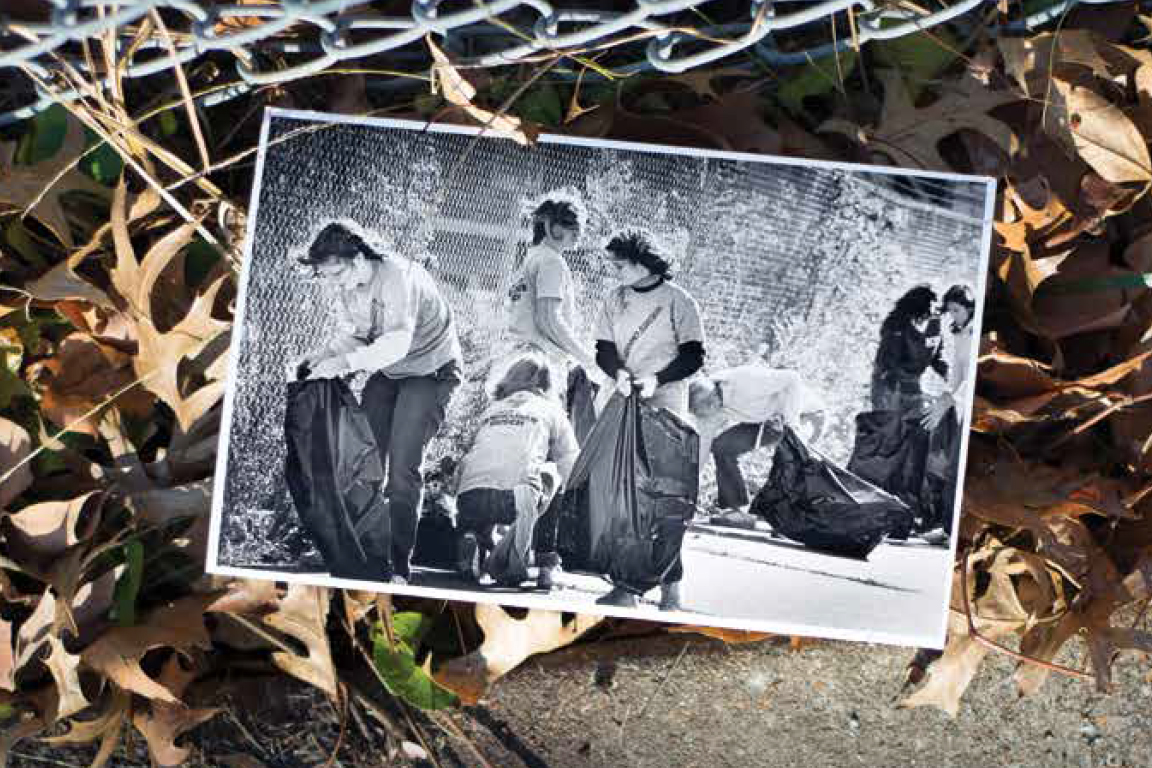 SLU students clean up nearby streets and alleys north of campus for a service project in October 1980.

According to University archives, the first record of SLU students doing service is a short article in the May 13, 1927, student newspaper about medical students volunteering with the Red Cross during a flood. The same article references two earlier med school service projects: a blood drive in 1926 and service during a flu outbreak in 1916.

On Oct. 11, 1980, more than 200 SLU students joined representatives from the Scottish Rite Cathedral, Powell Symphony Hall and other local institutions to scour the nearby streets and alleys north of campus. Volunteers collected more than 1,200 bags of trash during “The Grand Sweep,” as noted in the autumn 1980 issue of Universitas (pictured above).

SLU’s Make A Difference Day is recognized as the largest day of service in Missouri and one of the largest in the nation. For the 20th annual event in October 2017, nearly 2,500 students, staff, faculty, alumni and others came together to volunteer and build community in the St. Louis area.

The country’s first Campus Kitchen started in SLU’s DeMattias Hall in 2001. The Campus Kitchens Project, which prepares and serves nutritious meals to those who are struggling with food insecurity, grew quickly into a national nonprofit organization and now has more than 60 sites at schools across the country.

SLU has made the President’s Higher Education Community Service Honor Roll for a record nine consecutive years. Eighty percent of SLU students volunteered at least once during the 2016-17 academic year — more than triple the national average among college students.

In honor of the University’s 200th anniversary, SLU is challenging everyone to continue to improve their local and global communities by giving back 200 years of volunteer service — more than 1.75 million hours — in one prolific year. To join the 200-Years-In-One Challenge, go to slu.edu/200years.