Margaret Lazzari (A&S ’75) did not imagine herself an artist when she came to Saint Louis University. 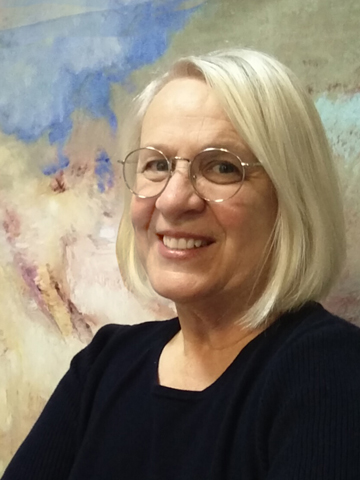 She’d grown up in St. Louis near the Italian neighborhood known as the Hill, the grandchild of Italian immigrants. With her sister and brother, she was the first generation in her family to go to college.

“I’m not sure being an artist is a choice I would have made had it not been for my experience at Saint Louis University,” Lazzari said.

She tried history and English, then French. But during her freshman year, she took an art history survey from Maurice McNamee, S.J. (A&S ’33, Grad A&S ’34, ’45), a class she loved so much that she started taking studio courses halfway through sophomore year.

McNamee, a professor of English, art and art history, was leading the restoration of Cupples House.

I’m not sure being an artist is a choice I would have made had it not been for my experience at Saint Louis University.”

“Father McNamee was incredibly influential — his love of the house and his love of art,” she said. “To encounter him and the great work he was doing was transformative.”

Lazzari found a home in art and art history, revolving around the house McNamee saved.

“We had this amazing, amazing setting in which to work. Our instructors had studios there. The Italian Renaissance art historian had an office on the third floor, and I took an independent study up there. It was fabulous,” she said. 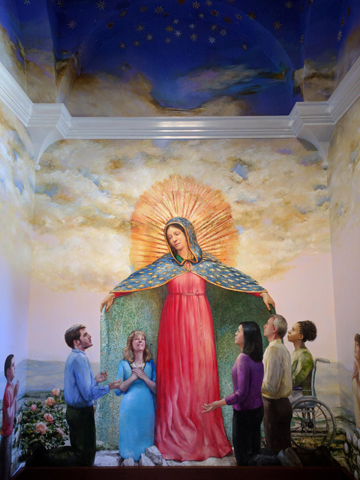 Lazzari was inspired by the setting and her professors, but it was a fellow student who showed her the next step.

“Ted Wood (A&S ’73) — who ended up teaching for a long time at Saint Louis University — was a year or two ahead of me. Because he went to graduate school and because I followed his work, I began to understand what an art career might look like. We’ve been friends ever since.”

She earned an M.F.A. from Washington University in St. Louis and taught art classes at SLU and St. Louis Community College at Forest Park before her first full-time teaching job in Iowa. After a few years there and a few more at a university in Texas, she settled in California. She is now a professor at the University of Southern
California’s Roski School of Art and Design.

Throughout her teaching career, she always painted, first the human form and then patterns based on landforms, water and sky.

“My work became abstract so I could deal with colors and patterns that have a lot of energy,” she said. “I think about transcendent or spiritual states, and what those states are about — not necessarily pictures of people or things, but the marvel of existence, the density of matter, the luminosity of voids and movement.” 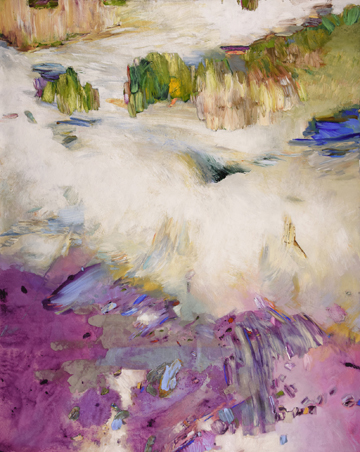 In addition to painting, Lazzari has written The Practical Handbook for the Emerging Artist, for those beginning their professional careers. She also co-authored Drawing: A Sketch and Textbook and a popular art appreciation textbook, Exploring Art: A Global, Thematic Approach. The latter emphasizes themes (religion, politics, self/identity, social protest and race/class/gender) embedded in art from every culture, rather than Western art, presented chronologically like other books. This thematic approach has influenced how art appreciation is taught throughout the United States.

She is also half of the Lazzari and Evans Public Art Design Team, with commissions throughout Southern California.

“As wonderful as gallery and museum shows are, there are many people for whom that’s off their radar,” she said. “Public art is another way to bring art to everyday life. An estimated 20,000 people pass daily through the Metro station I did with images of native and imported plants. They experience art in an immediate and accessible way.”

Lazzari’s paintings have been exhibited in galleries and museums for more than 35 years. Shows like the one at Saint Louis University Museum of Art during the bicentennial celebration last fall invigorate her.

“SLUMA did an overview of my art from the last 20 years, which made it seem new and fresh to me,” she said. “I’m inspired about continuing my painting.”

Inspiration is a good thing, especially as she looks toward retirement from academia.

“To be able to think deeply and quietly, and to immerse myself in my own practice in a way that I haven’t been able to before — that seems pretty wonderful,” she said.