How I Got Here: W. Raymond Barrett 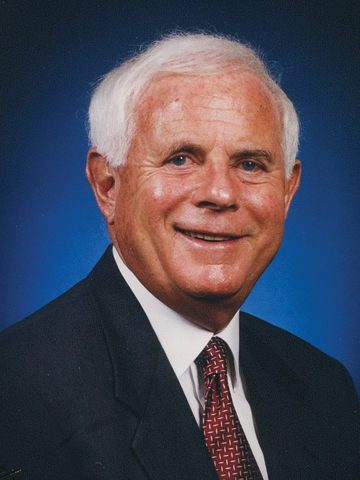 Inventor and entrepreneur Barrett (CSB '60) is among a select group of U.S. business people who built from scratch two successful, unrelated international companies. His latest invention is the Triple Track golf ball.

Barrett is born in north St. Louis City. His family lives above their father’s tavern. His mom asks him to watch over dice and card games to spot cheaters.

“I could pick out a crooked dice and a stacked deck in a minute.”

A budding entrepreneur in elementary school at St. Matthew’s, he polishes and tries to sell old lamps for twice what he paid.

“Most often, I didn’t get my money back.”

“I was a terrible student. College was out of the question.”

He meets Jeannine Embree, whom he later marries, and has four children. Two will graduate from SLU School of Law. Jeannine dies in 2004. 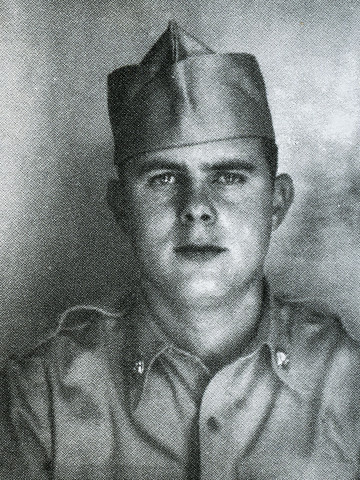 Barrett is drafted and sent to Korea. He volunteers to be a boxer because Army athletes are excused from patrol. After receiving one good punch to the head by a soldier nearly twice his size, Barrett opts for a job running a Post Exchange (PX).

Barrett uses his G.I. benefits and graduates from SLU. He is on scholastic probation nearly every semester.

He launches his first business, Landshire “heat and eat” Sandwiches, with $3,000 and four employees. They deliver to taverns, drug stores, bowling alleys and schools. Barrett offers free sandwiches to children below the poverty line during the summer.

He grows Landshire into a multimillion-dollar business with franchises in 37 U.S. cities, and in Venezuela and the Virgin Islands.

He serves on the Florissant, Missouri, City Council.

He is among a select group of U.S. business people who built from scratch two successful, unrelated international companies.

“If you don’t innovate, you disintegrate.”

He is an inaugural inductee into the SLU business school’s Entrepreneurial Alumni Hall of Fame.

An inventor with several patents in food service and biotech products, Barrett begins experimenting with drawing on golf balls three colored lines (red, blue and green, suggested by his wife, Diane) so he can find them more easily on the green.

The stripes don’t help with ball location but inexplicably improve his putting. He checks with a vision scientist who says the stripes mimic Vernier acuity, a type of visual technology that helps pilots land planes on aircraft carriers.

Barrett cold-calls companies for nearly a decade trying to get his Triple Track ball on shelves.

“I was told ‘no’ more times than you can count but I wasn’t discouraged.”

Barrett strikes a deal with Callaway to distribute the golf ball.

He sells Biomedical Systems and retires to spend more time with his family and race horses.

“I enjoyed my jobs, but they were just that, jobs. I kept a clean line between work and home. My family always comes first.”