How I Got Here: Jim Dean 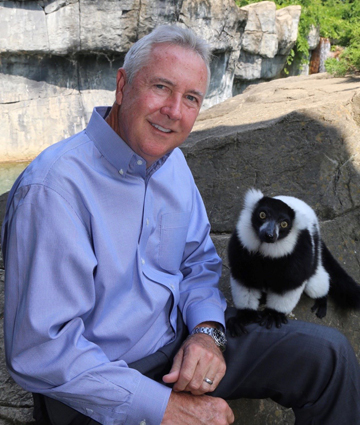 Dean with a lemur

Dean is born in Memphis. His mother is a manager for Sears, and his father works at the Firestone Tire and Rubber Co.

“My parents worked hard to send me to school. They not only encouraged me to go to college, they insisted on it.”

Dean plans to attend the University of Tennessee at Knoxville. His father dies suddenly, and Dean transfers to Memphis State University (now the University of Memphis). He earns an engineering degree and is the first in his family to graduate from college.

He lands at McDonnell Douglas (now Boeing) in St. Louis.

“About five years in, I realized this career wasn’t what I had hoped. I excelled at engineering
but wanted to do more.”

Friends suggest he apply at Anheuser-Busch Cos. Inc., the brewery headquartered in St. Louis. He is hired as an analyst in the entertainment division, which oversees the company’s theme parks. He works on automating operations, including front-gate ticketing and financial reporting.

“The benefits were great. We received two free cases of beer a month and could ride rollercoasters for a living. It was dream job for a young man, especially an adrenaline junkie.”

He realizes he needs an advanced degree to further his career, and earns his MBA from SLU.

“That degree was the foundation for everything that came next.”

He becomes director of finance for Busch Gardens and moves to Tampa, Florida. Three years later, he moves to Philadelphia and becomes vice president of finance for Sesame Place, a seasonal park. 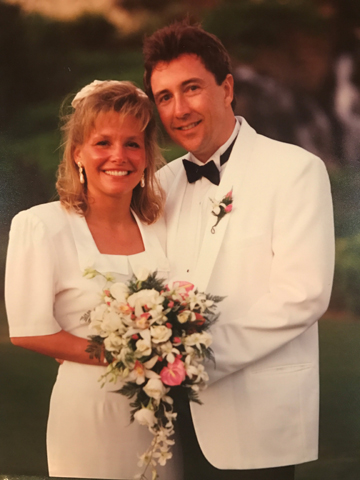 Dean and his wife, Trish

During a Bahamas vacation, Dean meets his future wife, Trish Koll, a meeting planner. A year later they marry in Hawaii.

Anheuser-Busch lures Dean back to St. Louis as assistant to the president to oversee its eight major theme and water parks, which attract more than 20 million guests annually.

Dean is promoted to vice president of finance and planning for Anheuser-Busch International Inc. in London. At that time, the company sells Budweiser in 44 countries. Dean enjoys the challenge but misses the theme parks.

“In the beer business, you’re selling a consumer product. In the theme park business, you’re delivering an experience. You’re providing an escape from reality. It’s tremendous fun and personally rewarding.”

Dean is corporate executive vice president of finance for Busch Entertainment Corp. He rises through the ranks and is named president of Busch Gardens Tampa Bay and Adventure Island. He leads a team of thousands and oversees the design and construction of some major attractions including Falcon’s Fury, which then was the tallest freestanding drop tower in North America. 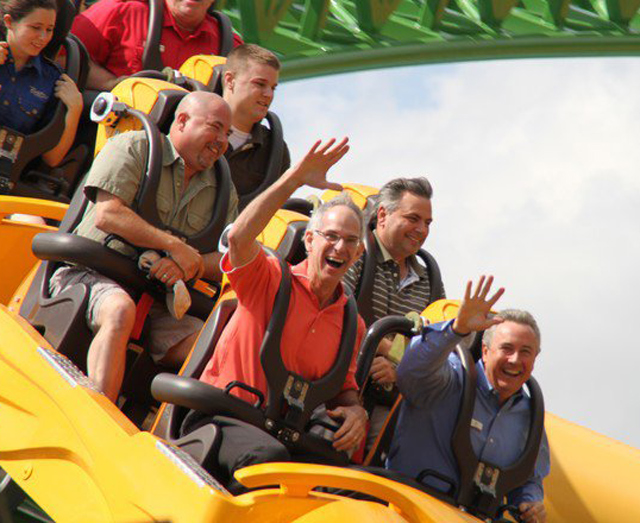 “Watching riders having fun, listening to their screams and seeing them race to get back in line to ride again is what motivated me. We were delivering fun.”

Dean becomes president of SeaWorld Orlando, Aquatica and Discovery Cove. It is named Best Marine Park in 2017 and 2018. Dean also receives the Distinguished Alumni Award from the University of Memphis.

Dean becomes interim president and CEO of Visit St. Pete/Clearwater, Florida, to enhance tourism. The same year, the board of directors of the Memphis Zoo asks him to return to his hometown to revitalize the zoo he visited dozens of times as a child.

“The zoo is beloved by Memphians, and the opportunity to work with a world-class team to enhance it and further highlight its outstanding efforts through conservation, education and research here is rewarding.”