Take a look inside the latest additions to SLU's Medical Center. 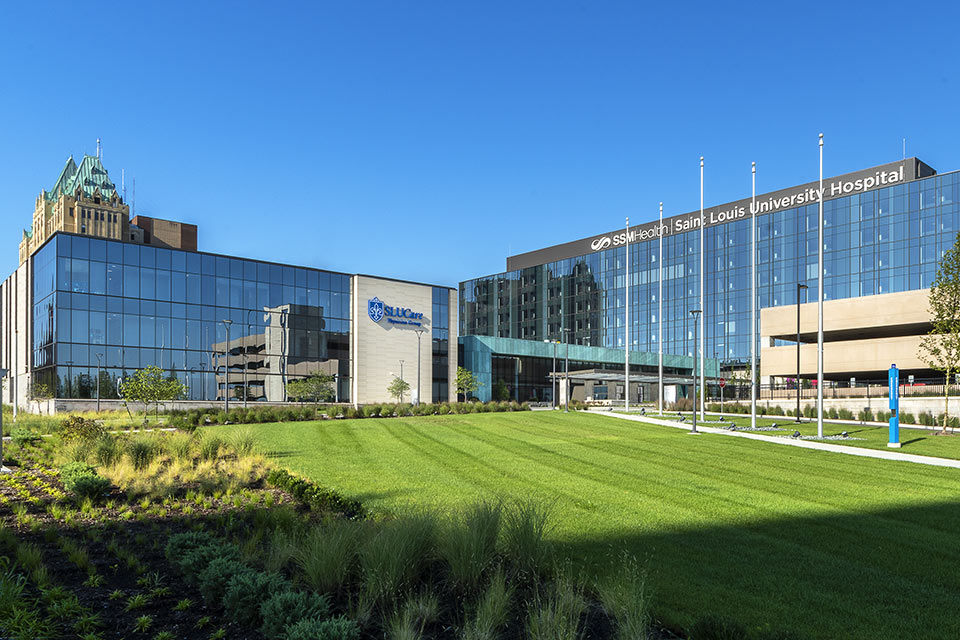 At the new SSM Health Saint Louis University Hospital and Center for Specialized Medicine, the numbers tell the story:

It all adds up to a light, airy and state-of-the-art medical complex that opened Sept. 1, 2020, after three years of construction.

In April, the hospital was named the “Project of the Year” in the 2021 St. Louis Business Journal’s annual Building St. Louis Awards, which honor the commercial real estate projects that made the biggest impact in the St. Louis region.

As for the old hospital facilities, Bordley Memorial Pavilion, the patient care addition that was dedicated in 1976, is closed. The 15-story, green-roofed Desloge Tower, known as Firmin Desloge Hospital when it opened in 1933, will be repurposed, but plans for its redevelopment have not been finalized.

A History of Care

The relationship between SSM Health and the University extends back more than a century. In 1903, SSM Health’s founding congregation, the Sisters of St. Mary (now known as the Franciscan Sisters of Mary) welcomed SLU School of Medicine students into their hospitals for education and training.

In 1928, the University and the sisters worked together to establish SLU’s School of Nursing. In 1933, the sisters and SLU opened the hospital on South Grand Boulevard that recently was home to SSM Health Saint Louis University Hospital.

Saint Louis University Hospital continued to be owned and operated jointly until 1959, when the sisters donated their share to the University. SLU sold the hospital to Tenet Healthcare Corp. in 1998.

In June 2015, SLU announced it would reacquire the hospital from Tenet and would contribute the facility to SSM Health in exchange for a minority financial interest and governance rights in SSM Health St. Louis. The deal became official in September of that year.