How I Got Here: Dr. Alexander G. Garza 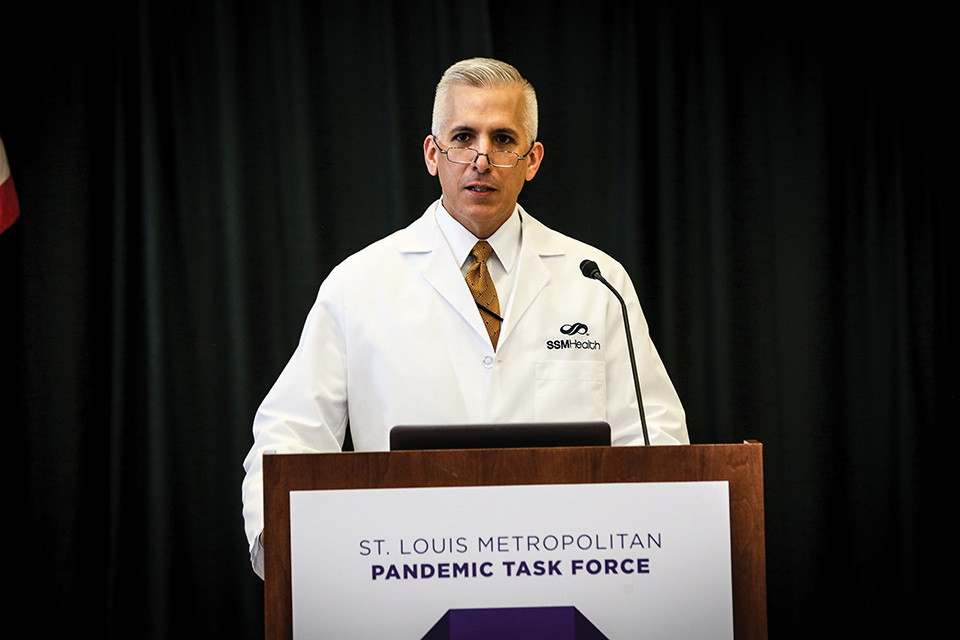 Garza is born in Maryland Heights, Missouri. His father owns a medical laboratory; his mother is a nurse. Garza is one of five boys, including his twin.

“Catholic education brought a different dimension to my education. I didn’t learn science for science’s sake. I learned how to apply it toward doing good in the world.”

He graduates with a bachelor’s degree in biology from the University of Missouri-Kansas City (UMKC). Garza delays medical school to gain hands-on experience as a paramedic. He helps pay his way through med school by working as a flight medic.

“I’m naturally curious about a lot of things, and emergency medicine allows me to see something different every day. It’s the way I’m wired. I can’t sit still.”

After residency, Garza develops a cardiopulmonary resuscitation protocol that doubles the survival time for cardiac arrest patients and earns the American Heart Association’s “Young Investigator of the Year” award. 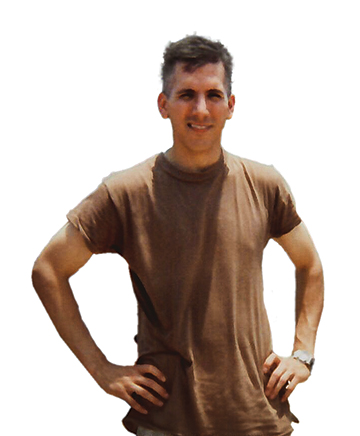 Garza during his Army days

Garza joins the U.S. Army Reserve and rises to colonel in the medical corps and command surgeon for the 352nd Civil Affairs Command at Fort Meade, Maryland.

“I’ve always held people in the military in high esteem, and I wanted to be part of something bigger than I am.”

He finishes his residency and marries Melissa Heiman. They go on to raise three sons.

Garza continues to work in emergency medicine at Truman Medical Center and commutes to St. Louis on weekends to earn a master’s degree in public health from SLU. This proves to be a game changer.

“It was fascinating to pull back and see medicine from a population perspective. It became my focus.”

That same year, he deploys to Iraq with a civil affairs team and rebuilds hospitals and clinics. He also coordinates with WebMD an effort to donate more than a million U.S. medical textbooks and journals to Iraqi medical colleges.

Garza returns from Iraq and receives the Bronze Star Medal for Meritorious Service, the Combat Action Badge and the Valorous Unit Citation. He receives more than a dozen military awards and decorations during his more than 20 years in the military. 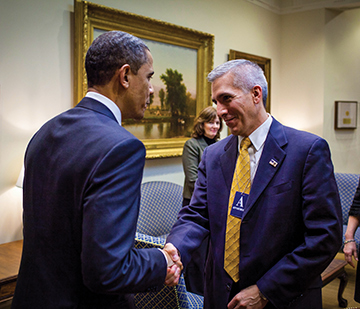 Garza and his family return to the Midwest. He serves as associate dean for public health practice and associate professor in epidemiology at SLU’s College for Public Health and Social Justice. He also joins the emergency medicine department at SLU School of Medicine. 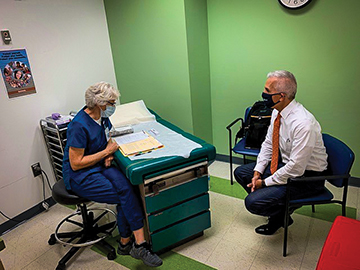 Garza establishes emergency operations and leads the response to COVID-19 for SSM Health. He becomes incident commander for the St. Louis Metropolitan Pandemic Task Force and volunteers for a COVID-19 vaccine trial at SLU’s Center for Vaccine Development.

“It’s my small way of contributing to the search for an effective vaccine.”

The Consumer Technology Association appoints Garza to co-chair a committee of executives from Microsoft, CVS Health, Facebook and others to review the use of technology during health crises.

“There is always going to be a next public health emergency. If we can build the technology platform and identify challenges, we are going to be that much better prepared for the future.”