How I Got Here: Erin Loos Cutraro

Erin Loos Cutraro (Grad A&S ’02) is the founder and CEO of She Should Run. 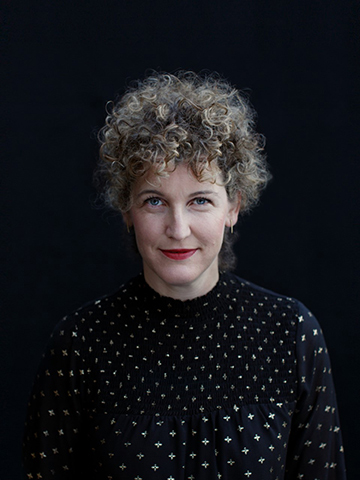 Cutraro is born in St. Louis. Her childhood is spent literally on Happy Lane, with her mom and sister.

“My mom showed me what it looks like to work hard and never give up.”

After earning a bachelor’s degree in education, she teaches history to sixth graders in St. Louis County, in the same school district she attended as a kid.

“I loved teaching, but I became curious about educational systems and wanted to look at them through another lens.”

Cutraro studies organizational learning and change management as a graduate
student in communication at SLU, graduating in 2002.

She joins the training division at financial services firm Edward Jones. She gets her Series 7 broker license, which then requires her to report to a compliance team any of her political activity.

“It was a new experience for me to have to think about what I could and potentially could not do to support causes that I cared about. It forced me to question where I wanted to put my time in the long term.” 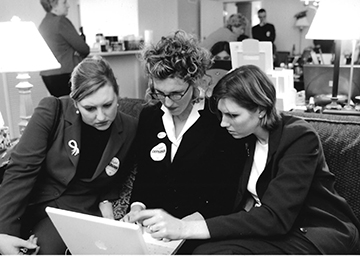 A friend introduces her to the campaign manager for Robin Carnahan, the first woman to run for Secretary of State in Missouri. In “a testament to good networking,” Cutraro signs on as deputy finance director. In June, Cutraro gets married — and postpones her honeymoon to finish the campaign. Carnahan wins, and Cutraro helps during the transition.

“It was so different from the campaign trail. That fed how I learned about talking to candidates today.”

Cutraro and her husband move to Washington, D.C. She starts at The New Teacher Project, where she works on hiring practices in D.C. public schools.

“It was very hands-on. Figuring out the best way to apply policy — it was a dream role for me.”

She Should Run logo

She becomes director of politics and education and later managing vice president for Women’s Campaign Fund (WCF), the first national women’s PAC. After several years, she starts She Should Run (SSR) as a project within the WCF.

“I craved more progress. I saw the tremendous effort that was going into supporting women running for office every election cycle — with little to no gains in the overall number of women serving. I wondered, what else can we do?”

She Should Run becomes its own entity, with Cutraro as CEO of the nationwide nonpartisan nonprofit. Since its founding, more than 26,000 women have been encouraged to run for office through the organization’s efforts.

“We know that when women are on the ballot, they win at the same rate as men. So the key to making our government look more like the population is first getting women to run.” 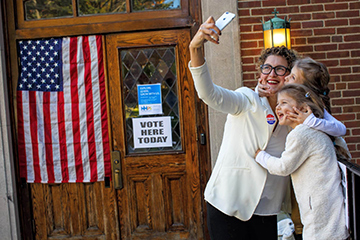 With her daughters on election day, November 2016

Cutraro helps build a partnership with Mattel, which results in the first Barbie President and Vice President set to help more girls envision the possibilities of leadership.

“I kept coming back to the reality of: You can’t be it, if you can’t see it.”

In October 2016, SSR launches a virtual community and platform for women considering a run for office. The goal to sign up 400 women by the end of the year is far exceeded after the general election, with more than 4,500 women getting involved.

Entrepreneur magazine selects Cutraro as one of its “100 Powerful Women.”

Cutraro amplifies SSR’s 250KBY2030 campaign, which aims to add 250,000 women from all walks of life to the political leadership pipeline in this country by the year 2030.

“I’m doing work that I love right now, but I still ask myself: What lever can I pull that’s going to make as much good as possible?”