Andrés J. Gallegos (Law ’93) is the chairman of the National Council on Disability. 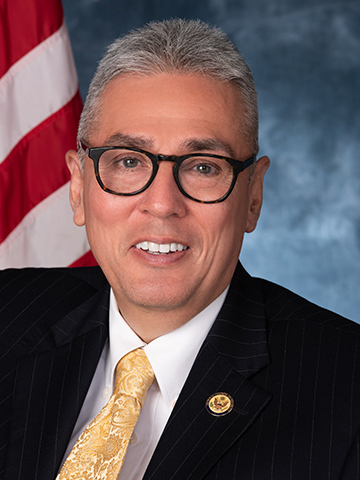 When Joe Biden was elected president in November 2020, Andrés J. Gallegos (Law ’93) knew the National Council on Disability (NCD) was going to undergo some changes.

The NCD is an agency that advises the president, Congress and the government on the variety of issues faced by people with disabilities. Gallegos, a member of the council since 2018, knew there was likely going to be a new chairman with a change in leadership in the White House.

The change happened quickly. On Jan. 20, shortly after being sworn in as the 46th president of the United States, Biden appointed Gallegos chairman of the NCD.

Between the election and inauguration, Gallegos had met with the Biden transition team, but then things went silent until inauguration day, when he was at his Chicago home and got a note to check his email.

“An email came from President Biden’s administration, from the White House, informing me that I had been appointed chairman,” he said. “Attached to it was the declaration where the president signed the appointment. It was pretty cool.”

Gallegos said being appointed as one of the president’s first acts in office meant a lot to him personally but also showed the importance of the council’s work.

“It’s significant that I was appointed on the very afternoon of his inauguration,” Gallegos said. “It gave the National Council on Disabilities recognition that we are a trusted federal adviser.”

Gallegos immediately contacted his wife, Donna, and two children, Alicia and Andrés, and celebrated. Gallegos said his family warned him that the new role would mean he would be busy. So far, they’ve been correct. 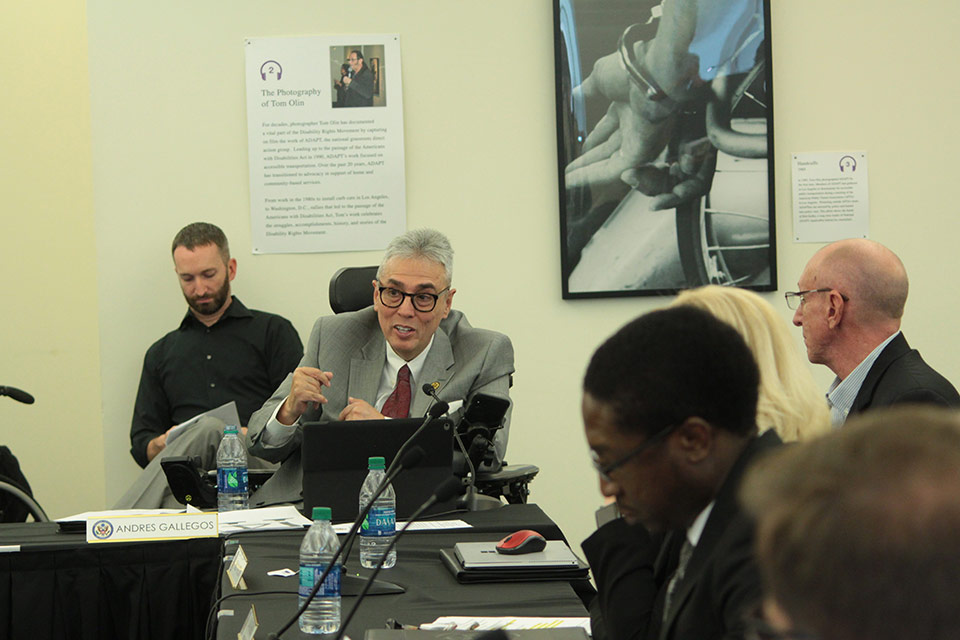 “Before, I really picked and chose my involvement in certain projects,” he said. “Now I have to be involved in all projects and be kept abreast of what’s taking place.”

When not working with the NCD, Gallegos is a shareholder at Robbins DiMonte, Ltd., in Chicago. He founded a practice there focusing on both disability rights and health care law.

“We represent people with disabilities throughout the country, foremost in improving access to health care and discrimination in health care settings,” he said.

Before he became a lawyer, Gallegos spent 14 years with the U.S. Air Force. While still on active duty, he made the decision to go to law school. Saint Louis University, with its proximity to Scott Air Force Base in Illinois, was a perfect fit, he said.

“I loved every aspect of my time there,” he said.

After graduating from law school, Gallegos’ initial specialty wasn’t disability law. He set out for Chicago intent on being an international trade attorney. That changed following a car accident in 1996 that damaged his spine and resulted in quadriplegia.

“In a fraction of a second in November 1996, I joined the disability community,” he said. “The good thing for me was, I didn’t have to reinvent who I was. I could go back and practice law.”

Despite initially not knowing much about disability rights and disability law, Gallegos refocused his career to help others like him. He said that being in a wheelchair, he experienced discrimination firsthand and figured if things were happening to him, they had to be happening to others.

Gallegos’ advocacy moved beyond the law. He began working with local groups supporting people with disabilities in Chicago. That work got him noticed by U.S. Sen. Tammy Duckworth of Illinois, who recommended Gallegos for the NCD.

Now Gallegos is an advocate who has the ear of the White House.