How I Got Here: Marianne Muellerleile

For nearly 50 years, Marianne Muellerleile (A&S ’71) has made her living as an actor. 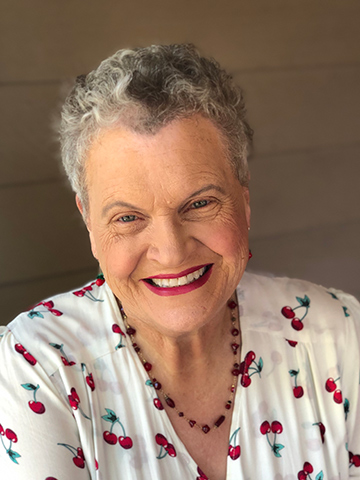 Muellerleile is born in St. Louis, the fourth of five children. A Saint Louis University legacy, her parents met at a SLU basketball game and lived at the Melbourne Hotel (now Jesuit Hall) when her father was the University’s athletic director in the 1930s.

Her childhood is filled with St. Louis highlights: sporting events with her dad, movies in The Loop and shows at The Muny (where, coincidentally, she learns to drive in the parking lot).

“My mom took us to the Muny all the time, to sit in the free seats and be dazzled.” 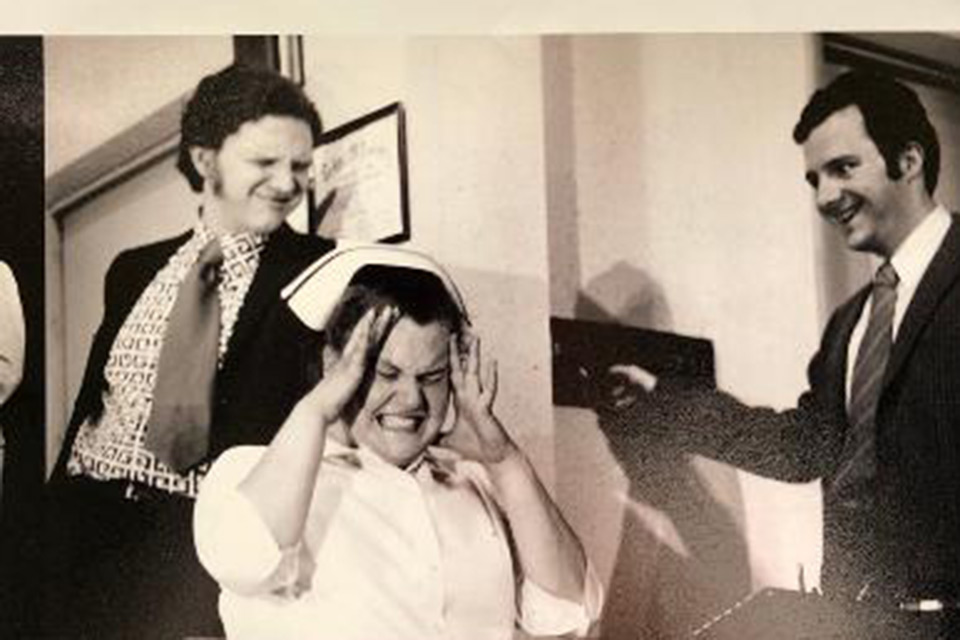 Muellerleile (center) in the SLU Theatre production of Cactus Flower

She graduates from Saint Louis University. She studied theater with a minor in education, thinking she’d become a teacher.

“I never skipped class, even during the protesting years. Once during a sit-in, I got furious with a friend who tried to block my entrance into Des Peres Hall; I had to get to class. My friend would have been able to afford a fifth year of college by skipping class, but I knew I had to finish in four years.”

She earns a Master of Fine Arts from the University of Minnesota. While there, she’s in Tennessee Williams’ A Streetcar Named Desire. The playwright, a friend of the director, later calls her (and two co-stars) “the future of the American Theatre.” She gets an Actor’s Equity contract.

“I thought, no one’s offering me a teaching contract, so I might as well be an actor. Once decided, I knew it was God’s plan, and I never considered I would not make a living doing it.”

She spends six seasons at the Meadow Brook Theater near Detroit, where she performs Shakespeare, Moliere, Agatha Christie and more.

Muellerleile moves to New York. She rents a furnished apartment in Greenwich Village for $35 a month and, to save money, roller-skates around the city instead of taking the subway.

She gets stage gigs but takes other work to make ends meet, including modeling for Big Beauties, the first agency to feature plus-size models.

“New York City remains my favorite city in the world. But after five years, I thought, if I don’t book more stage work, I’m never going to own a car let alone a house.”

She moves to Los Angeles and gives herself six months to find lucrative acting work. She lands the first audition she goes to, a costarring role on Magnum P.I. Her second audition leads to a guest-starring role on The Greatest American Hero, during which she wears a cross necklace onscreen, a goal of hers as a devout Catholic.

Muellerleile goes on to appear in over 180 television series, including recent appearances on Curb Your Enthusiasm, 911, NCIS and The Kominsky Method. 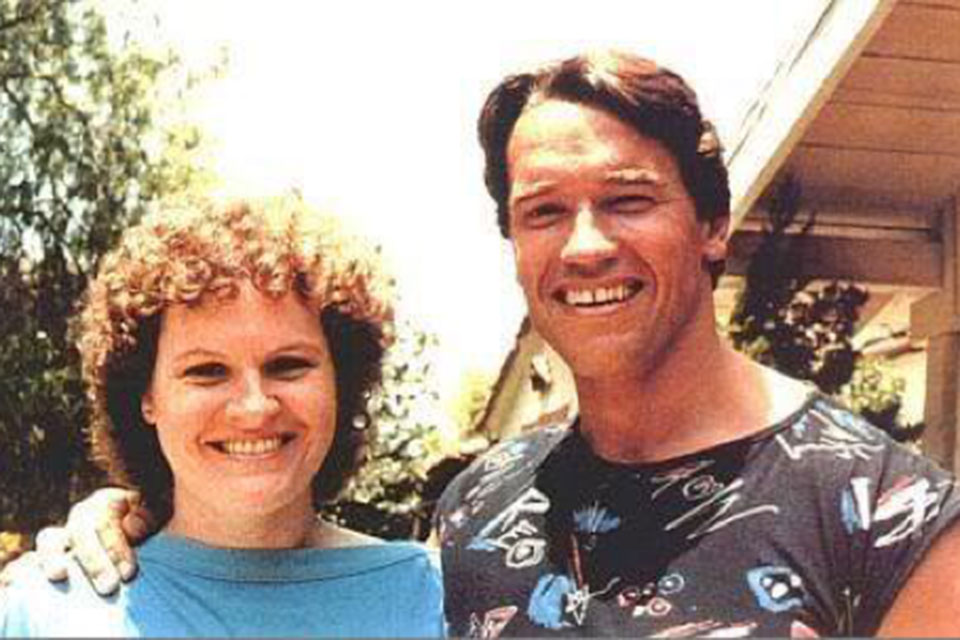 Muellerleile (left) and Arnold Schwarzenegger during the filming of The Terminator

She has a scene in the film The Terminator as the Wrong Sarah Connor, a role that will get her recognized for years to come. Her movie credits include Return to Me, Passion Fish, Memento and most recently, Queen Bees. 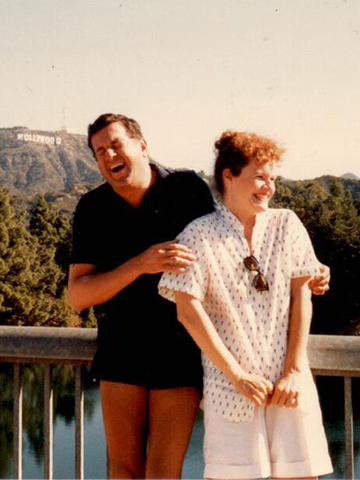 She meets her future husband, Tom Norris. The next year, they marry and buy a Foursquare American Craftsman house, the restoration of which will become a 30-year labor of love.

She performs in two of her favorite TV roles, as a series regular on the soap opera Passions and a role that was written for her on Life with Bonnie.

“Creatively it was very fulfilling. I also had an actual work schedule of three weeks on, one week off. I could plan travel, take other parts, make social commitments for that week off. I didn’t have to audition for anything.” 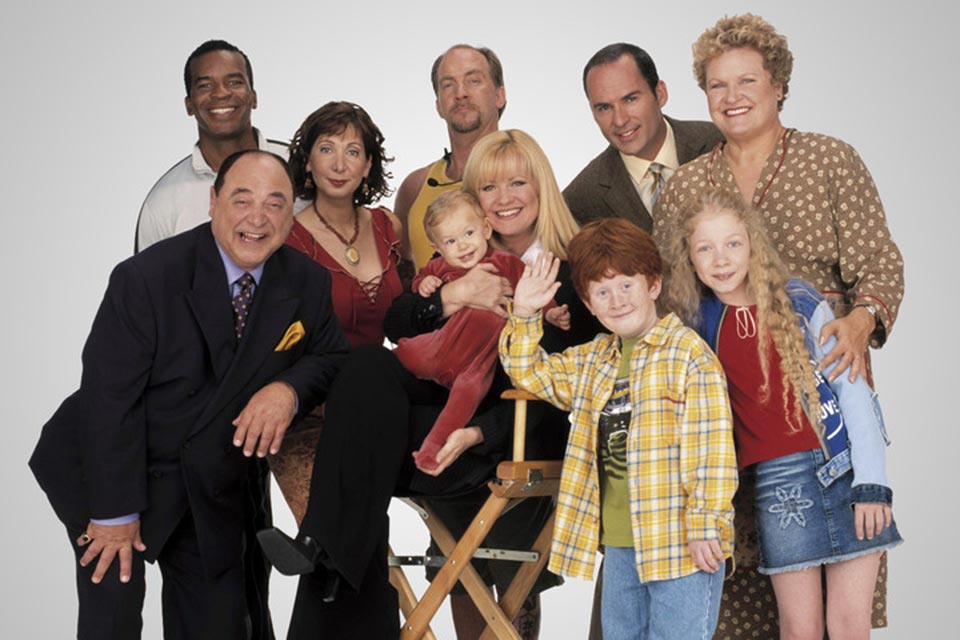 Muellerleile (far right) with the cast of Life with Bonnie

She donates to Heifer International, a nonprofit that works to end poverty and hunger through holistic community development, and becomes a dedicated donor and volunteer. She will later travel to see Heifer International’s projects firsthand and raise more than $450,000 for the organization.

She receives SLU’s Alumni Merit Award and gives a master class to the University’s theater students.

“I’ll come back to St. Louis for a cocktail party, literally. I’ve returned for every grade school, high school and SLU theater reunion. I love seeing how magnificently the campus has developed.” 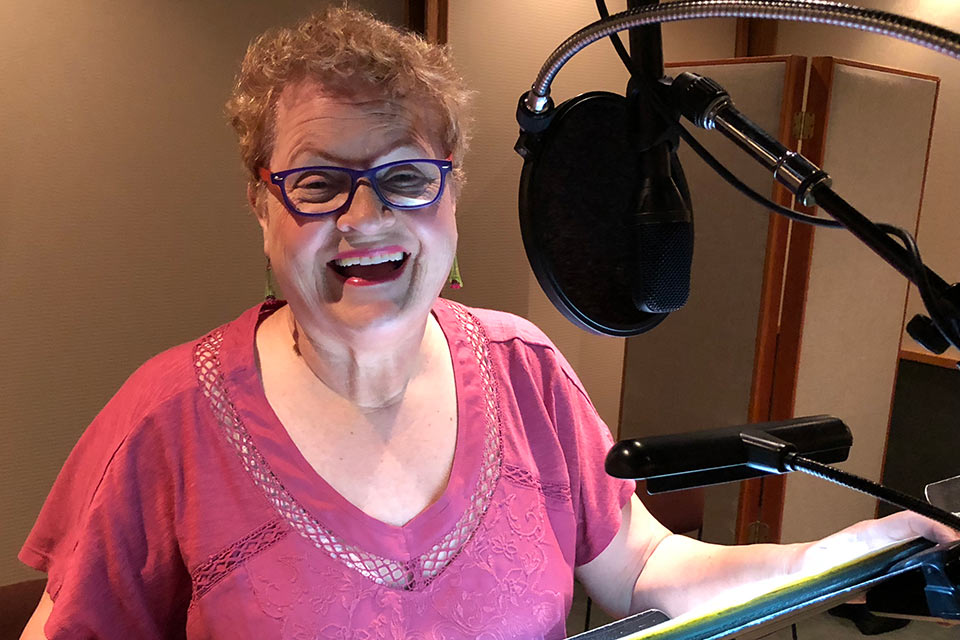 Muellerleile’s talent for accents and dialects leads to success in the voice-over field — from radio dramas to video games. Recently, she was Lucille on the Disney Jr. cartoon series The Rocketeer.

She stars in the Geico “Aunts” commercials and later in a BMW ad that airs during the 2022 Super Bowl. A veteran of more than 100 national commercials, she gets resourceful during the pandemic: She shoots one for Sling TV at home on her iPhone.

“At this point in my career, almost 50 years in, what I’m most excited about is that I don’t have to work. I can accept a job simply because I want to. It’s the best feeling.”