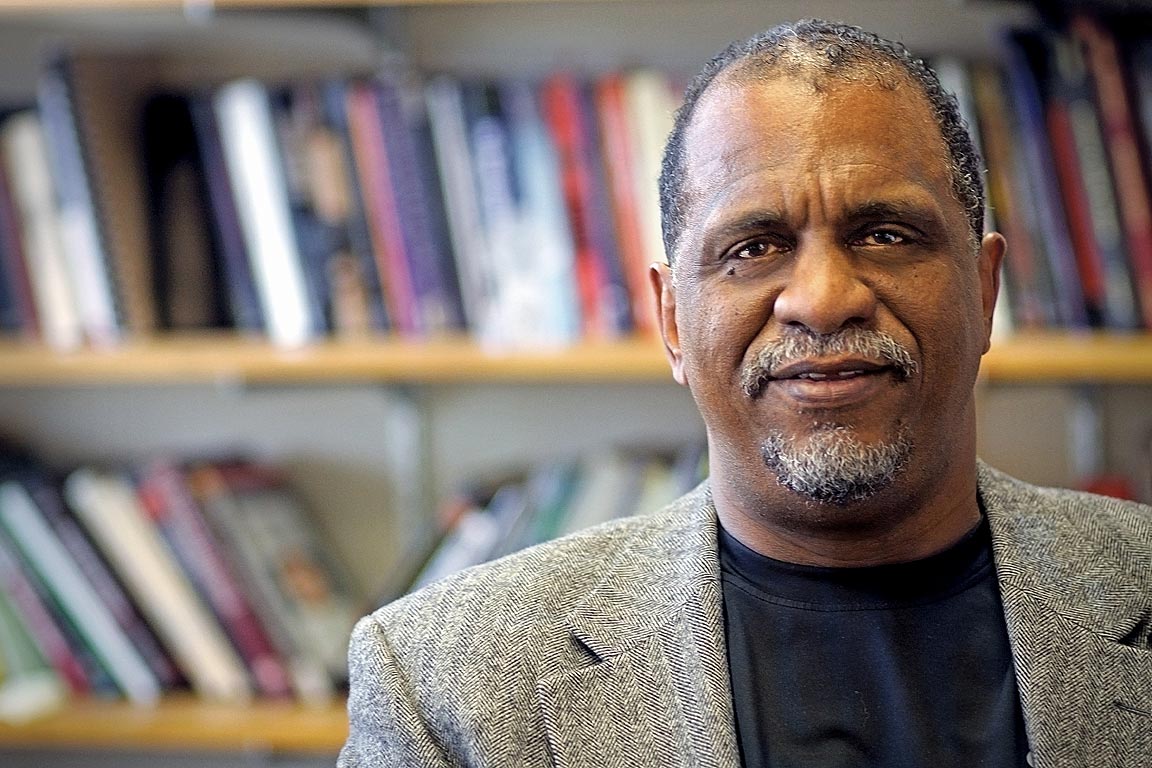 Dr. White was highly respected for his academic knowledge, research and published works. He is being remembered for his passion for using that knowledge to bring about meaningful change in the lives and hearts of real-world people, communities and society-at-large.

“It’s difficult to talk about Norm in the past tense or think about our city and our University without him,” Pestello said. “He was truly a gift to St. Louis and SLU. To many, he embodied SLU at its best. He cared deeply about and did immeasurable work to address disparities for marginalized people. He was a great man — a loyal and compassionate friend, a loving son and husband, and an engaged teacher and scholar. SLU is firmly committed to continuing his work. There is no better way to honor his legacy and life.”

Dr. White, who was an activist as well as a scholar, used his vision for change and a better future as the leader behind programs that included SLU's Overground Railroad to Literacy Project and Shut It Down: Closing the School to Prison Pipeline.

He generously gave of himself, his time, his energy and his dedication to students, colleagues, and, very importantly, to Saint Louis University and local surrounding communities.”

Dr. White's work supporting the most at-risk children and families in the St. Louis area was an inspiration to others, recalled Bridget McDermott Flood (A&S '78, Grad A&S '80). Flood, the executive director of the Incarnate Word Foundation, worked with Dr. White for many years. Most recently, the foundation supported his Shut It Down: A Community Partnership for Racial Equity project and other efforts working with the St. Louis Public Schools that aimed to break the school-to-prison pipeline.

"Norm was committed to creating a quilt of resources to support the most vulnerable in our community," Flood said, noting that Dr. White  had been set to receive a local leadership award on Dec. 7, one day after his passing.

"His leadership in working to keep children in school and out of the juvenile justice system will be a continuing inspiration to those who will contribute to his legacy of service," Flood said.

As a professor, colleague and friend, Dr. White was an inspiration to those around him, including Donald Linhorst, Ph.D., director of SLU's School of Social Work.

"I have always admired his passion for social justice and racial equity, both as an academic and as a practitioner," Linhorst said. "He was a strong academic who put his knowledge and research into practice. He was committed to his work with the most vulnerable children. The challenge for us is to continue his work as a sign of respect to his legacy."

Luke Pereles, a graduate student in the College for Public Health and Social Justice, remembers Dr. White as "one of the most influential professors I have ever had the privilege of meeting and being taught by."

"The impact he had on SLU’s social justice advocacy programs, both academic and in the surrounding St. Louis community, will not soon be forgotten," Pereles said.

Jonathan Smith, Ph.D., SLU's vice president for diversity and community engagement, was a longtime friend and colleague. He said Dr. White’s loss will be felt personally and professionally by all who knew him.

"It's not often that you have friends who are also your heroes," Smith said. "Norm was both of those to me. As a colleague, he always raised the bar and made everyone want to be better. You wanted to satisfy him because you knew he wasn't asking any less of himself. I can't begin to articulate the levels on which I already miss him."

Criminology and criminal justice program director Noelle Fearn, Ph.D., knew Dr. White for nearly two decades and worked with him for the last 10 years. She said anyone who received an email from Dr. White knew he lived the mantra that always followed his signature:  "Social justice is not a concept to be defined; it is an action to be taken.”

"It was his mantra and will probably be his legacy," Fearn said. "Clearly, Norm lived his personal and professional lives according to this practical belief. He generously gave of himself, his time, his energy and his dedication to students, colleagues and, very importantly, to Saint Louis University and local surrounding communities.”

“Students have inundated me with texts, calls, emails and visits to Tegeler Hall to express their shared sorrow and devastation. Norm’s death is a terrible loss for all of us,” Fearn added.

"His accomplishments as a teacher, scholar, and relentless advocate for social justice were driven by his commitment to innate human dignity," said University Provost Nancy Brickhouse, Ph.D. "In all aspects of his life, Norm lived God’s call to love and care for others – especially those most forgotten. He will be greatly missed, but his impact will live on in the students, faculty colleagues, and the community members he so unselfishly served."

A memorial prayer service will be held for Dr. White at 3 p.m. Friday, Dec. 8, at St. Francis Xavier College Church. For more information, contact Patrick Cousins in the Office of Campus Ministry at  314-977-1505 or patrick.cousins@slu.edu.

Dr. White is survived by his mother Elizabeth “Betty” White; his wife, Liz; his sons, Patrick and Michael; his sister, Marvina White, and brother-in-law Arnold Rampersad; and his brother, William Riley, and sister-in-law, Pauline Riley

Visitation will be held from 4 to 8 p.m. Monday, Dec. 11. Dr. White’s funeral service will take place at 10 a.m. Tuesday, Dec. 12. Both will be held at the Valhalla Holten Funeral Home, 3412 Frank Scott Parkway West, in Belleville, Illinois.

Read a reflection from Dr. White, “In the Light of Michael Brown: Living the Mission of a Jesuit University,” published in the current edition of Jesuit Higher Education: A Journal (JHE).

Dr. White reflecting on his work as part of a "Mission in Motion" video series in 2016.