Career results for graduates, an emphasis on nursing education and overall University performance put the Saint Louis University School of Nursing at the top of Zippia.com's list of 'Best Colleges for Nursing Majors' in Missouri.

The site used data from the National Center for Education Statistics (NCES) and College Scorecard data from the U.S. Department of Education to determine which programs offer the best career opportunities for nursing majors. 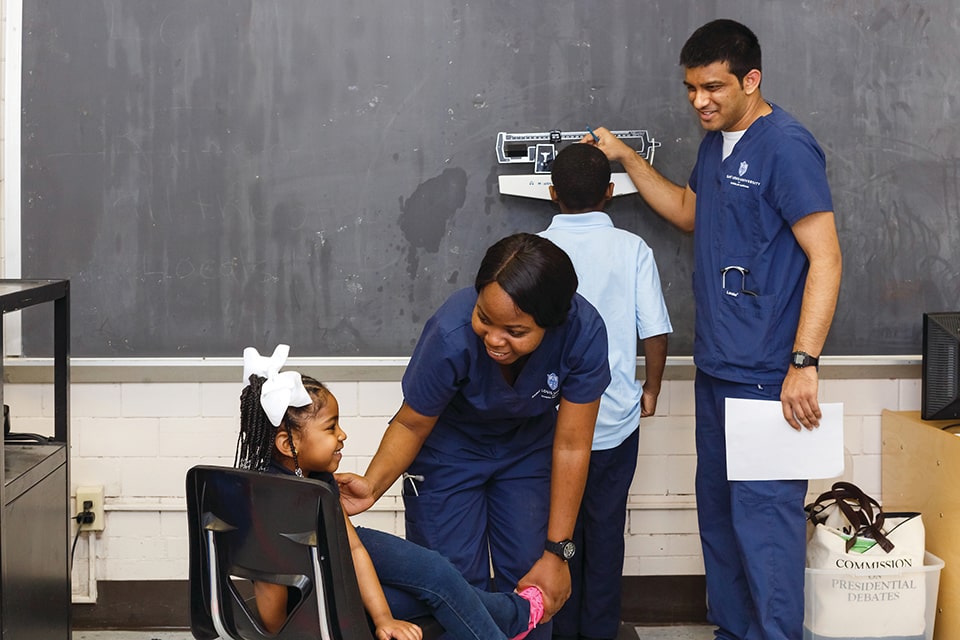 SLU's School of Nursing has long been a leader in educating the next generation of health care leaders.

In 2017, SLU was awarded $1.5 million in federal funds to support disadvantaged students by providing them student mentors, faculty mentors and pre-entry work experiences.

The HRSA nursing workforce diversity grant aids SLU’s School of Nursing in increasing  the recruitment, enrollment, retention and graduation of students from disadvantaged backgrounds, especially for students who are African American or Hispanic/Latino. Both groups are underrepresented in nursing education.

The HRSA grant followed a 2016 award of $2.1 million in federal funds for scholarships to nursing students who come from economically disadvantaged backgrounds. Those awarded scholarships demonstrated financial need and included students who are members of racial and ethnic minority groups.

School of Nursing faculty lead in education and in practice.

Eight times in the past nine years, a Saint Louis University nursing professor was named the region’s top nursing educator when St. Louis Magazine handed out its Excellence in Nursing awards in April. SLU swept the category’s nominations in 2018.

The March of Dimes Missouri Chapter has also named a SLU faculty member its Legend of Nursing honoree three times.

In 2016, the  woman who literally wrote the book on nursing,  Anne G. Perry, Ed.D., FAAN, received the Legend of Nursing award. Ruth Murray, Ed.D., a career psychiatric nurse, was the recipient of the 2015 Legend in Nursing award. In 2014, the winner was Sr. Jeanne Meuer, a former nursing faculty member whose specialty is obstetrical nursing and midwifery.

Zippia.com compared how schools perform in providing the best career opportunities for its graduates. The ranking was based on:

Founded in 1928, Saint Louis University School of Nursing has achieved a national reputation for its innovative and pioneering programs. Offering bachelor's, master's, and doctoral nursing programs, its faculty members are nationally recognized for their teaching, research and clinical expertise.