ST. LOUIS (August 21, 2019) — The first class of Saint Louis University’s third century also will be first among all those that have preceded it in terms of size. This year’s freshman class is the largest in SLU history. 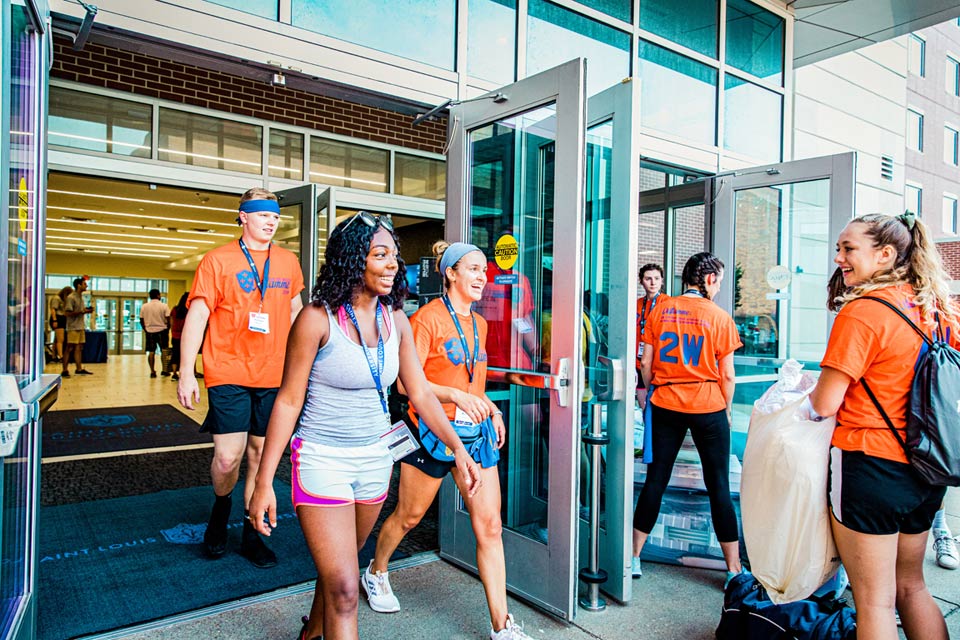 After celebrating its bicentennial in 2018, the University expects to enroll a record 1,900 first-year students for fall 2019, a more than 25% increase over last year. SLU last set a record for freshman enrollment in fall 2011 when it welcomed 1,707 new students.

This year, there were also increases in the numbers of underrepresented minority and first-generation students who enrolled for the fall. Increasing the diversity of the student body has been a strategic priority for the University.

“I am immensely proud that the largest class in SLU history is also the most diverse,” said SLU President Fred P. Pestello, Ph.D. “Increasing affordability and student diversity are two of the primary commitments I made when I began at SLU five years ago, and we continue to make progress in those areas.”

SLU welcomes the record-setting class at a time when the number of U.S. graduating high school students is at its lowest in two decades, and numerous colleges and universities have experienced lower first-year student enrollment.

“We are excited to welcome this record-setting class to SLU; its size reflects the widespread desire for the rigorous Jesuit education we offer,” Pestello said. “It is now our job to deliver the challenging, experience-rich, values-based experience that is the hallmark of SLU – the sort of education that leads to the success in life and career for which our alumni are known.”

“The national trends indicate that students and their families have a great need for financial assistance.  The projections show that this will continue for the foreseeable future. Saint Louis University is not immune to this,” Davis said. “At SLU, we’re committed to doing all that we can to make the dream of a college education a reality for more and more students.”

Other Facts about the New Class

In addition to being the largest, this year’s freshman class is among the brightest as well, with average high school GPAs of 3.92 and ACT scores placing the newest Billikens among the top 10% of all students tested in the United States.

The new students hail from 45 U.S. states and more than 35 foreign countries, with a sizable increase in students from the St. Louis region. Just over 600 graduated from Catholic high schools across the country.

Student registration continues through the week, and final census enrollment figures will be available later in the fall.

To learn more about becoming a student at Saint Louis University, visit slu.edu/admission.