SLU Selects Developer for 14-Acre Site at Grand and Chouteau

Following a competitive process, Saint Louis University has selected a real estate/development firm with local ties to acquire the rights to purchase and develop a 14-acre property at the corner of Grand Boulevard and Chouteau Avenue. 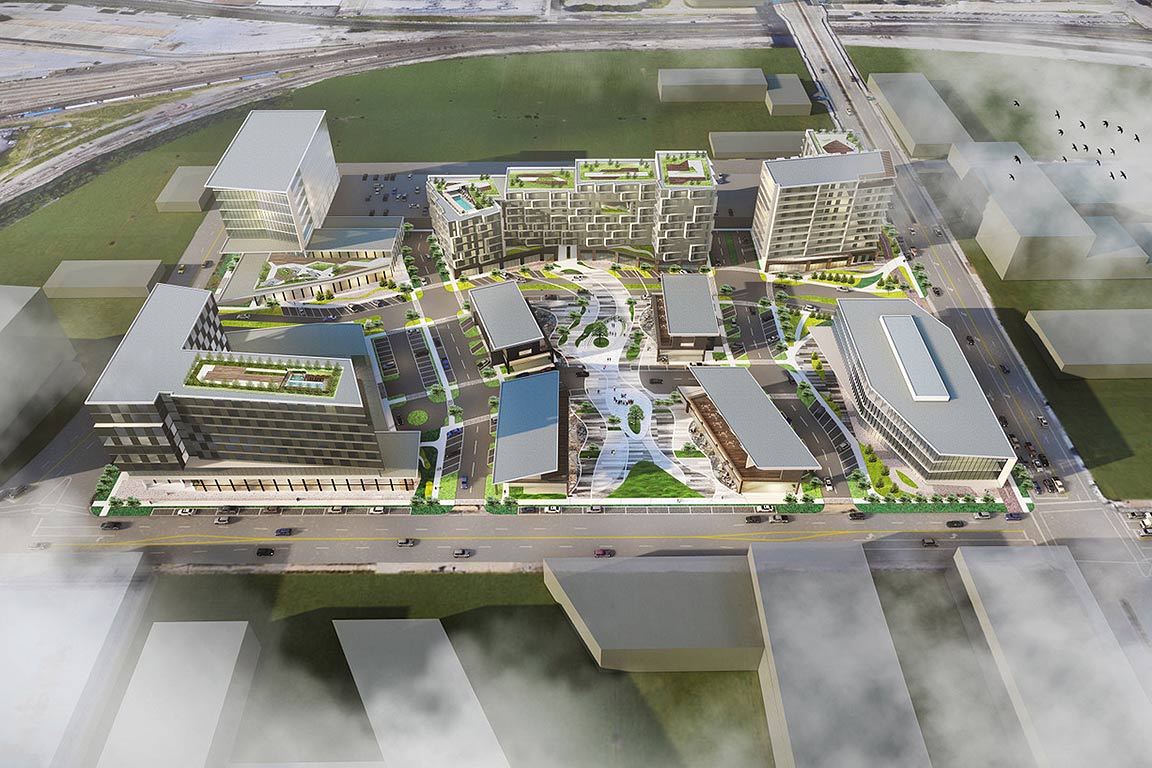 Cullinan Properties Ltd. is planning an 850,000-square-foot, dense, mixed-use development on the site that will include:

In developing SLU’s first campus master plan in nearly 30 years – a process that has involved hundreds of internal stakeholders – several needs emerged that went beyond the University’s borders, including:

“As a premier Jesuit university with a large urban campus, SLU has long served as a catalyst for progress in the city we proudly call home,” Pestello said. “This investment by Cullinan Properties will transform an empty lot into a unique and lasting development that will serve the SLU community and our neighbors for many years to come.

“This is yet another significant investment in St. Louis, further accelerating the dynamism taking place in the central corridor.”

For Cullinan Properties, Partner and CEO Christopher M. West said the firm is excited to be part of the University’s vision for the area’s future and is eager to help further the development boon already taking place in and around Midtown.

“We look forward to developing something that will make both SLU and St. Louisans proud,” West said in a company news release.

Building Upon Success with an Eye to the Future

The 14-acre site is less than two miles away from the highly successful Cortex Innovation Community. It’s also adjacent to the new $550 million SSM Health Saint Louis University Hospital and outpatient care center under construction and on track to open in September 2020.

More than a billion dollars is being invested in major development efforts around the University and throughout Midtown. In addition to the new SSM Health SLU Hospital, other significant projects underway include:

The project will also be a hub within the Chouteau Greenway, a series of trails for walking, cycling, or rolling that will run from the Gateway Arch to Forest Park (east to west) and from Fairground Park to Tower Grove Park (north to south). Future expansion is also in the works. 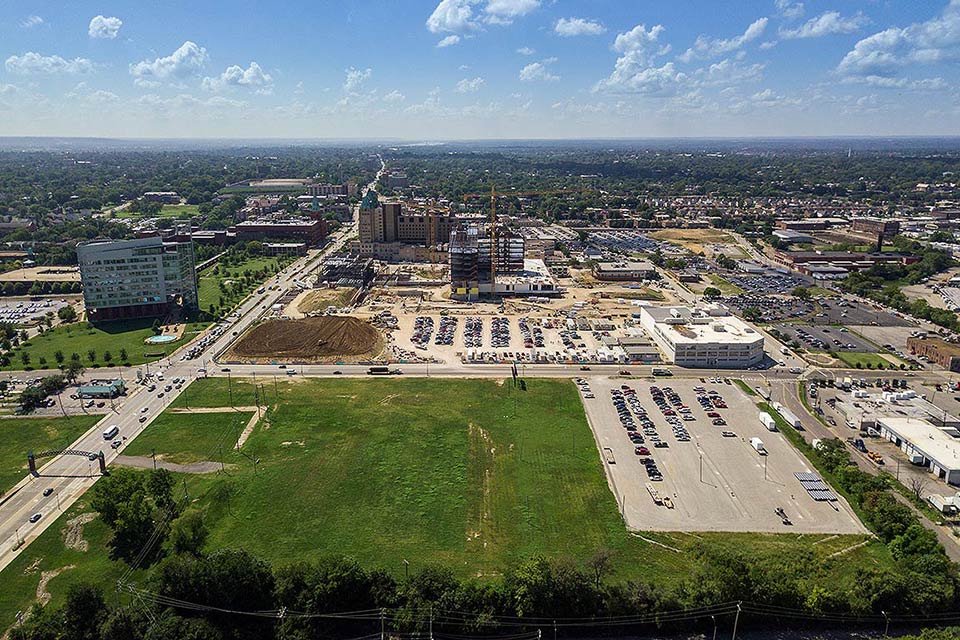 An aerial view of the property taken last fall with the new SSM Health Saint Louis University Hospital under construction in the background.

With offices in Illinois and St. Louis, Cullinan Properties Ltd. is an award-winning provider of real estate services specializing in commercial and mixed-use developments and acquisitions.

For the project, Cullinan Properties has selected the following partners:

The SLU property is located within a 400-acre area where development is controlled by the St. Louis Midtown Redevelopment Corporation, a joint effort between the University and SSM Health to encourage investment around their educational and medical campuses.

Cullinan will work closely with SLU as the development moves forward, and updates on the project will be shared with the University community as they become available. 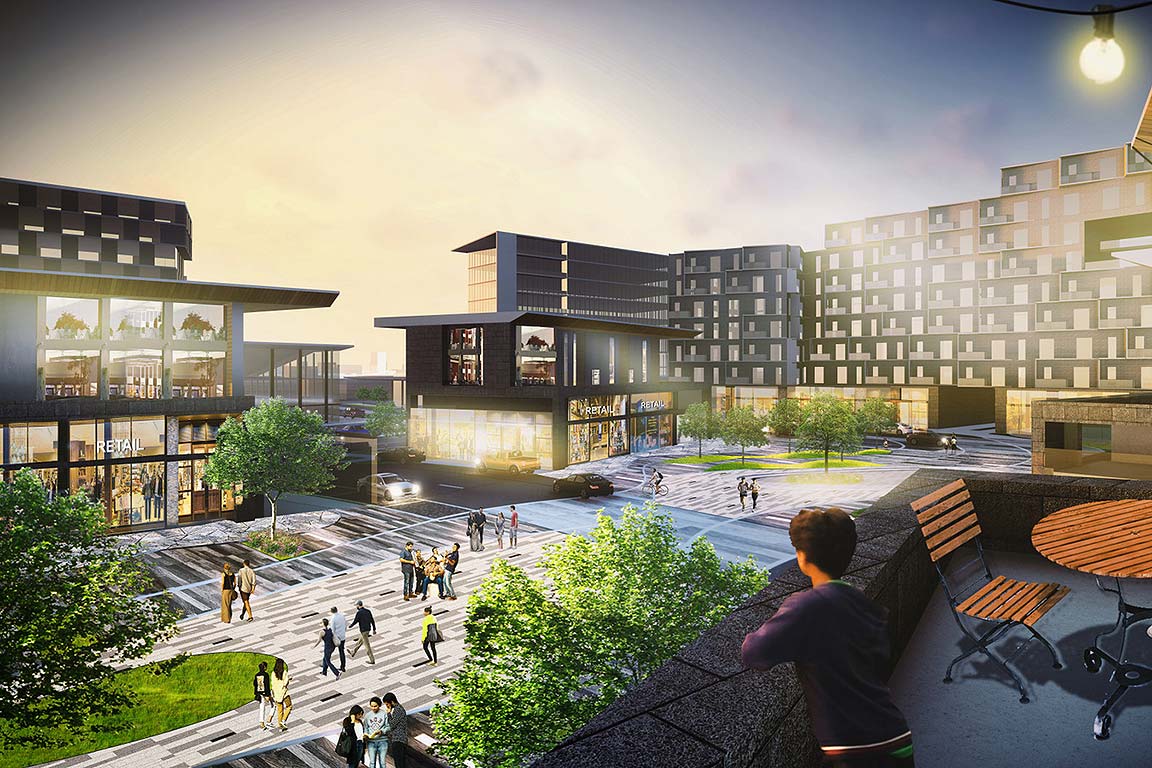 Another artist's rendering of the planned development.