When the world went to war, Saint Louis University answered the call to care for those wounded physically and spiritually on the battlefield. 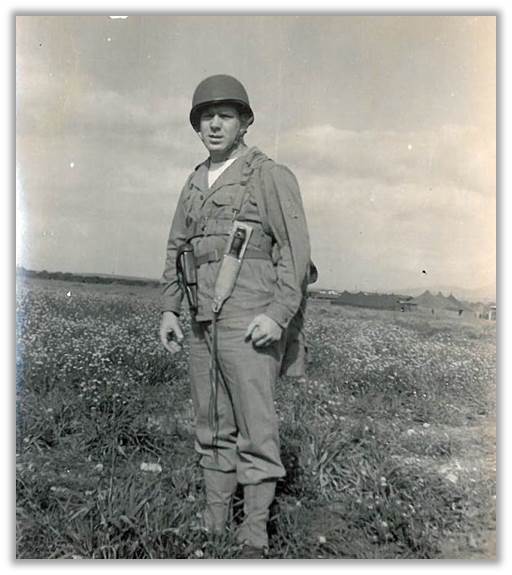 For University President Harry Crimmins, S.J., and the men and women of the 70th General Hospital, a medical unit sponsored by SLU, service to God blended with service to country as they treated those wounded in the fierce fighting of the war’s North African and Italian campaign, during World War II.

Army field hospitals have existed as long as there have been armies. During World War I, some universities sponsored these hospitals.

Although a number of doctors who were on the School of Medicine faculty had served as Army physicians during World War I, the University had not sponsored a medical unit or hospital during what came to be called the “Great War.” 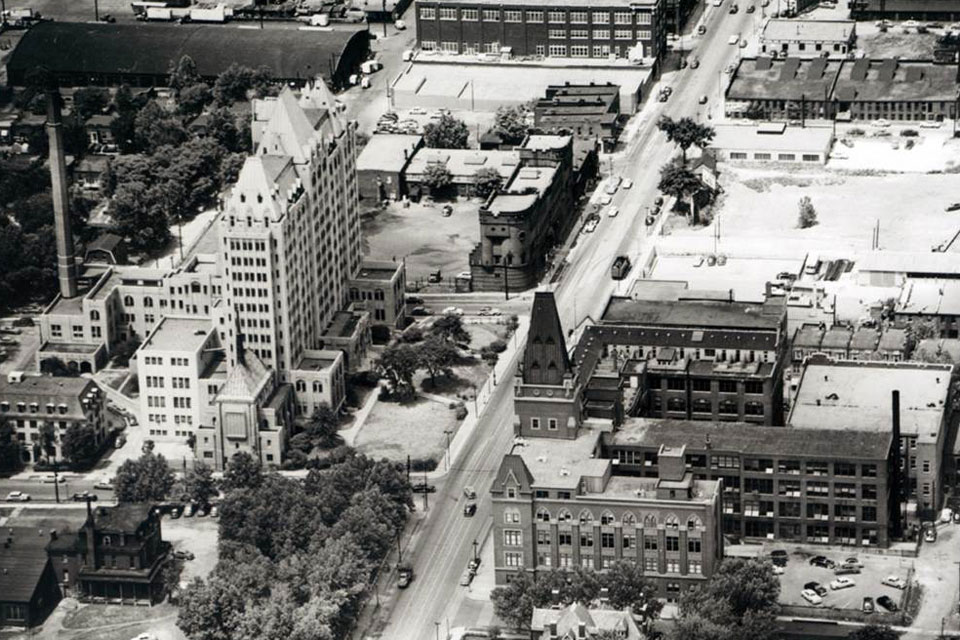 A view of the School of Medicine prior to World War II. SLU archival photo

While the United States did not officially enter World War II until the Dec. 7, 1941 attack on Pearl Harbor, with the fog of war drifting across the Atlantic, military officials and University leaders began organizing the SLU-sponsored 70th General Hospital unit in early 1940, before the U.S. entered the fight.

In March 1940, United States Surgeon General Thomas Parran Jr. sent letters to medical schools around the country asking for their support in sponsoring a general hospital unit for the Army, one to be called the 70th General Hospital. 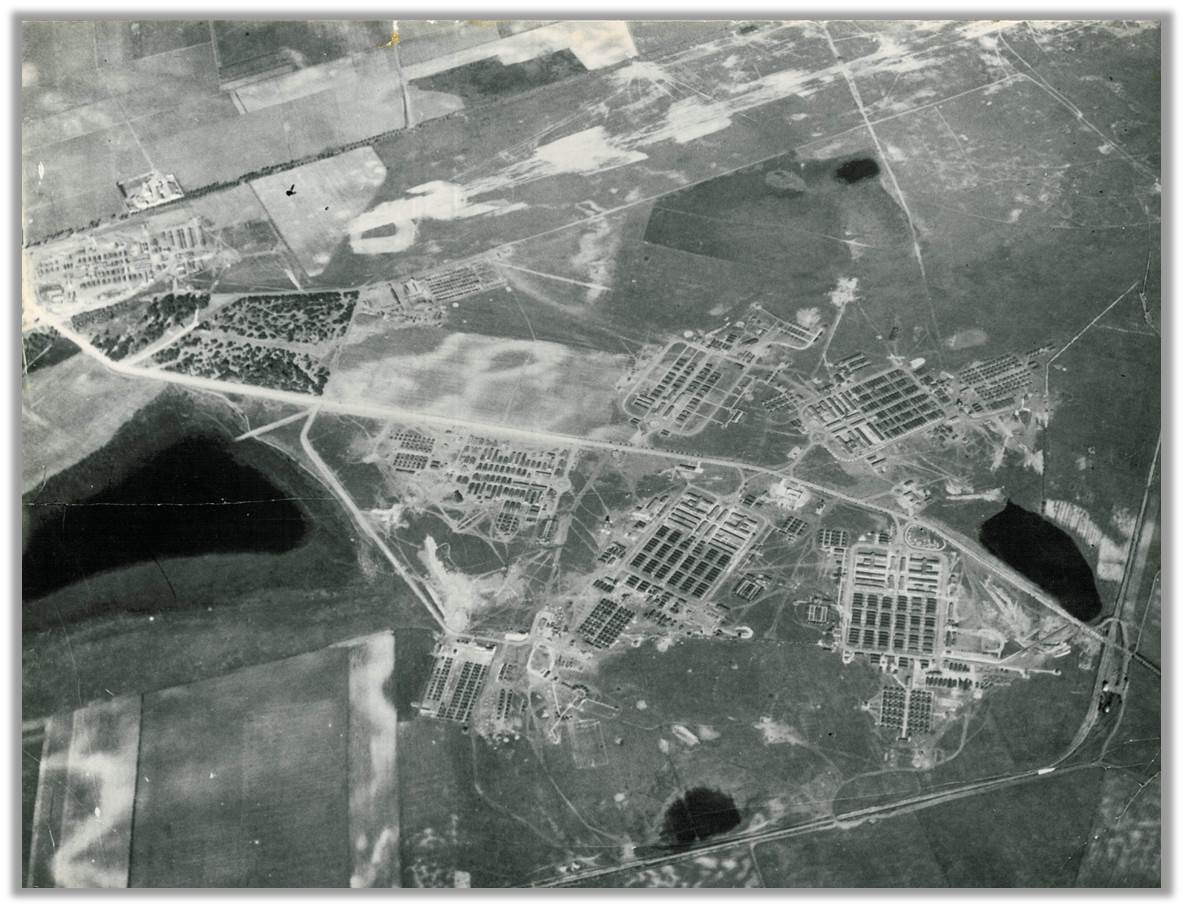 An aerial view of the 70th General Hospital unit's facilities in Algeria. The hospital unit is in the lower right-hand corner of the photo. SLU archival photo

Answering the Call to Care in a Dark Hour

Alphonse Schwitalla, S.J., dean of SLU’s School of Medicine, answered Parran’s call, writing, “the School of Medicine of Saint Louis University expects to live up to its traditions and to meet every request of the Surgeon General.” SLU began preparing to serve, appointing a medical director for the unit and recruiting medical officers and hospital personnel to staff it.

Curtis Lohr, M.D., became medical director of the unit in 1942, holding the post for the remainder of the war. Crimmins, SLU’s 25th president, asked Lohr to take the job.

Later that year, Crimmins resigned his position as the University’s 25th president to take over as chaplain for the unit. Crimmins would carry his sacred duty further, resigning from his post at SLU and serving as a chaplain during the war. As part of his wartime duties, Crimmins acted as a confessor and spiritual companion to several German military officers as they awaited trial for war crimes.

The St. Louis Jesuit accompanied at least one of the officers to his execution by firing squad.

The School of Medicine of Saint Louis University expects to live up to its traditions and to meet every request of the Surgeon General.”

Alphonse Schwitalla, S.J., dean of the School of Medicine.

At the University’s commencement on June 2, 1942, the entire staff of physicians and nurses – 52 medical officers and 105 nurses – of the 70th marched together in the ceremony’s academic procession. They were assigned seats of honor at the graduation, featuring prominently in the event.

Following basic training in Texas, the 70th General Hospital unit was deployed to Algeria in September 1943. Schwitalla and SLU leaders visited the unit at their Longview, Texas, training camp, presenting them with an American flag to take with them overseas.

Caring for the Wounded as the Allies Advance 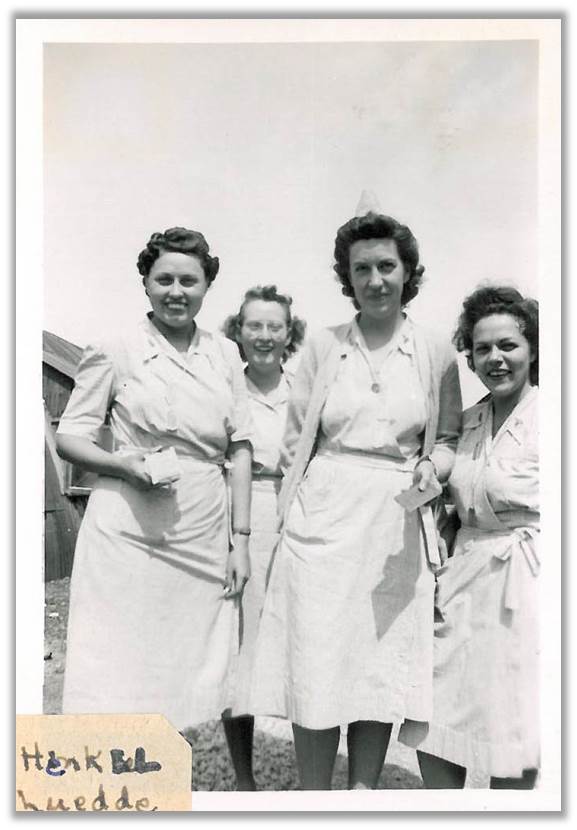 After passing through the Straits of Gibraltar in August 1943, the unit arrived in North Africa, setting up a few miles from the front lines.

The unit’s equipment and supplies had been shipped from the U.S., but arrived two weeks after the hospital staff. As they waited for the life-saving shipment, the hospital unit’s medical officers and staff passed their time at “Goat Hill.”

“We slept in tents with no floors (slept on the ground) with these stumps jabbing into our backs,” SLU physician Sam Merenda, M.D., wrote. He continued:

“The ground was dusty red. The latrine was a wooden box seated over a trench dug in the ground. The trip from our living quarters (tents) to the latrine was often precarious, as the ground was full of depressions and small hills and we were all required to take a tablet of atabrine daily in an attempt to prevent malaria, and atabrine produced catharsis in many individuals. Water was at such a premium that the tanks from which we obtained our daily quota of one helmet-full was protected by armed guards.”

By September 1943, the 70th General Hospital was fully functional and operating out of Oran, Algeria.

Wounded soldiers were moved in stages, with medical care provided continuously as they were evacuated farther and farther from battle. A general hospital setting like the 70th General was where a soldier’s most intense treatment took place and the most serious injuries were sent.

As the Allies pushed back Axis forces, the unit’s doctors and nurses treated thousands of wounded soldiers, caring for the physical, psychological and spiritual wounds inflicted in battle. 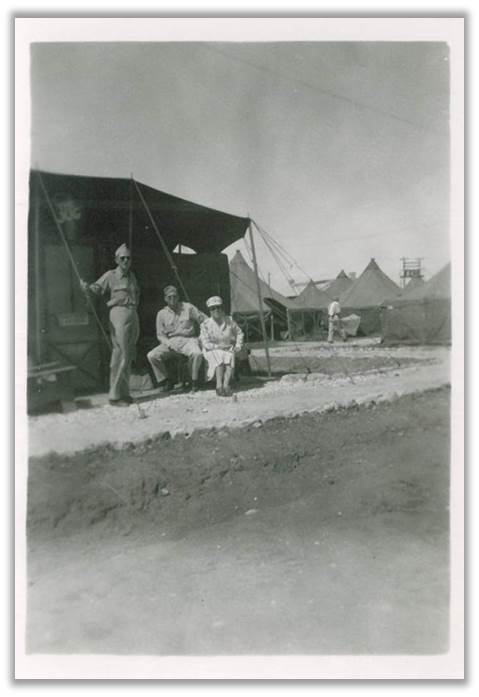 In November 1944, as the Allies retook North Africa and the campaign shifted across the Mediterranean, the 70th followed the fight to Italy, first to Leghorn in the south, and then north to Tuscany.

Stationed within 20 miles of some of the war’s most brutal fighting as the U.S. Army’s 10th Mountain Division battled entrenched German forces, the 70th transformed an abandoned Italian barracks that had been heavily damaged by bombing into a functioning medical center.

From January to October 1945, the 70th treated thousands of wounded soldiers, including nearly 1,000 Germans. Future senators Robert “Bob” Dole, R-Kansas, and Daniel Inouye, D-Hawaii, were among those treated by the SLU-sponsored unit.

After caring for thousands during some of the war’s fiercest fighting, the 70th General Hospital unit was formally deactivated on Oct. 25, 1945.

By that time, many members of the unit had already returned to the United States, or had been sent to the Philippines to prepare for a possible invasion of Japan. 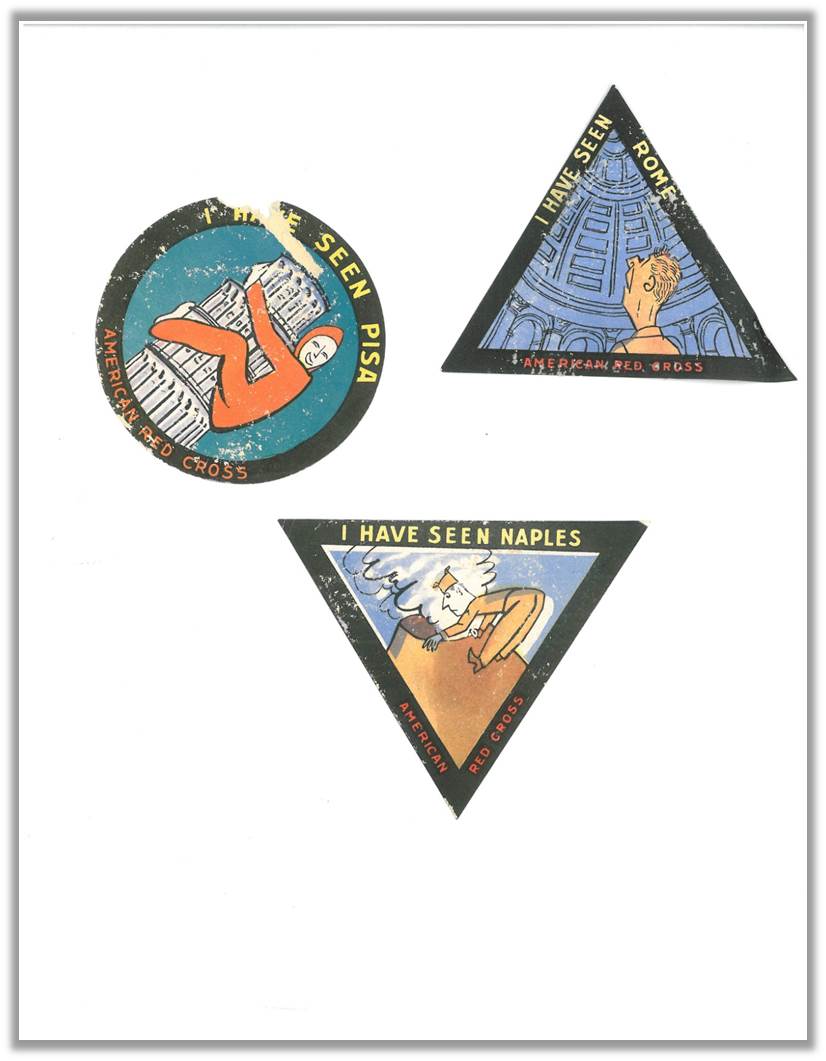 By the war’s end, the 70th and its members had received numerous awards and citations, including the E-Flag from the U.S. Army’s Mediterranean Base Section and the Meritorious Unit Plaque. Three of the unit’s officers were awarded the Legion of Merit. Eight officers received the Bronze Star.

The Legacy of the 70th

Following the war, the men and women of the 70th gathered for a reunion hosted by the School of Medicine in February 1946. The unit’s staff members continued to hold reunions in the decades following the war.

The men treated by the 70th General Hospital Unit also kept its legacy alive. In 1996, during a campaign stop for the presidential election, the unit’s former patient, Sen. Dole held a rally and gave a speech at SLU’s West Pine Gym. Following the speech, Dole met with SLU physician Sam Merenda, M.D., who had treated him at the 70th’s makeshift Italian hospital in 1945. 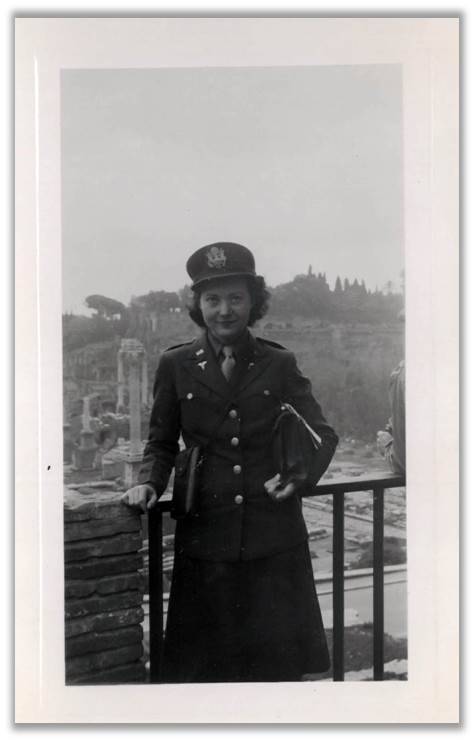 Fourteen years earlier, Dole’s fellow senator, Inouye, who received treatment from unit staff members after losing his right arm in the Italian campaign, sent a telegram congratulating the women and men who had helped him and other wounded soldiers, writing,

“As one of the many who owe a great deal to your professionalism and dedicated efforts, I am deeply grateful for this opportunity to convey my warmest aloha and best wishes.”

Know someone who served with the 70th General Hospital Unit, or whose life was touched by its service during World War II? Is your loved one depicted in the archival photos shared in this story? Contact SLU's Newslink to share what you know.