They say the truth is stranger than fiction. In the case of the classic horror film, The Exorcist, the real-life events that inspired it are strange indeed, and those who lived them are intimately tied to the history of Saint Louis University. 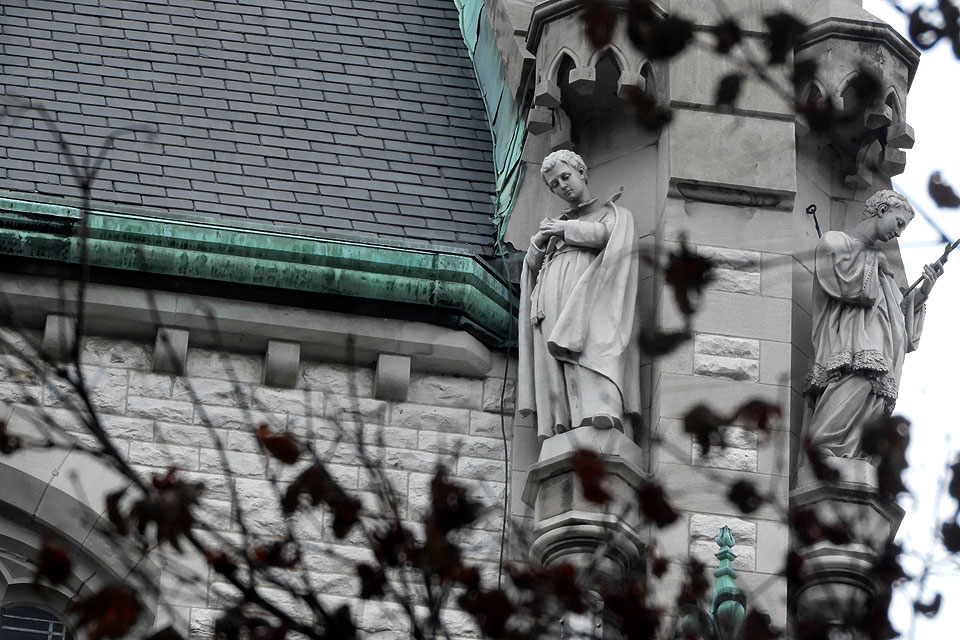 Jesuits stationed at St. Francis Xavier College Church and Saint Louis University were deeply involved in the incident that inspired the 1973 horror classic, The Exorcist.

An Ordinary Family Experiences a Loss

The incident that inspired both the 1971 novel and 1973 film, The Exorcist, took place in 1949, and centered around a teenage boy who has never been formally identified. Called "Robbie," among other pseudonyms, the boy and his family lived near Washington, D.C., and had close family ties to the St. Louis area.

"Aunt Tillie," one St. Louis family member, was especially close to Robbie. Interested in Spiritualism and the occult, some reports claim she introduced Robbie to the Ouija board, a game conceived of during the late 19th Century when Spiritualism had become a world-wide new religious phenomenon.

Following Aunt Tillie's death, in his grief, the teen allegedly tried to contact her spirit using the Ouija board. And strange things began to happen in Robbie's house.

Seeking Help on All Fronts

Increasingly concerned, Robbie's parents took him to see a medical doctor, a psychologist and a psychiatrist. The family also turned to a local Lutheran minister, Rev. Luther Miles Schulze, who agreed to observe their son.

Schulze also saw the boy's bed shake, dishes fly through the air and furniture move of its own accord. Even after inviting Robbie to stay at his own home, the bizarre events continued and escalated.

At a loss, the minister suggested that Robbie's parents turn to the Catholic Church for help. The family approached a local Catholic parish, St. James, for help. The church's assistant pastor, Rev. E. Albert Hughes, prayed with the family and offered holy water and blessed candles for use in their home if the events began again.

While Robbie's mother attempted to use the blessed items as instructed, the holy water flew across the room one evening, smashing. The candles either blew out on their own or the flame shot up dangerously.

One source indicates that Hughes visited the home.  Sources claims Hughes was so shaken by the visit that he reached out to Patrick O'Boyle, the archbishop of Washington, D.C.

While a debate continues about whether Hughes attempted to perform the rite of Exorcism - a sacred and rare Catholic ritual - between February and March 1949, it appears Robbie underwent psychological and physical testing at the Georgetown University Hospital. When the tests failed to turn up any ailments, the boy was sent home.

Robbie's mother, convinced that an answer might lie with Aunt Tillie, took the boy to St. Louis where they stayed with relatives in Bel Nor, a northern suburb. The bizarre happenings followed them to Missouri. 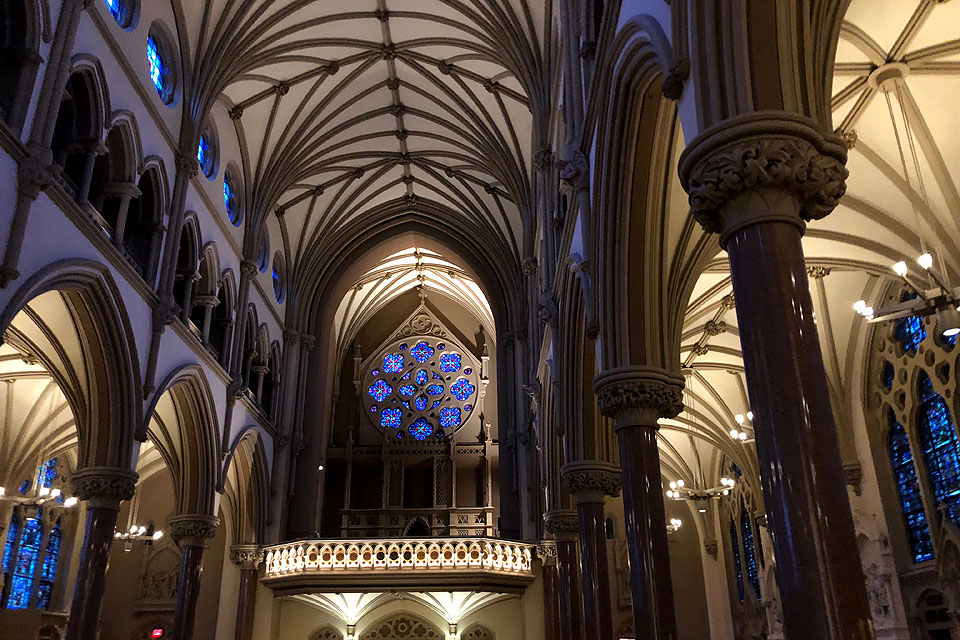 St. Francis Xavier College Church, where William Bowdern, S.J., was pastor when the events of the Exorcism occurred.

SLU's Jesuits Step In to Aid a Child in Crisis

After Robbie and his mother arrived in St. Louis, on March 9, 1949, Raymond Bishop, S.J., a Jesuit teaching at SLU's Department (now School) of Education, visited the family.

One of Robbie's cousins, a University student, had informed Bishop about the strange events. The young priest, acting on the advice of fellow faculty member, Laurence Kenny, S.J., and SLU President Paul Reinert, S.J., met with the boy after blessing the home. Robbie's bed was shaking when they met but the shaking stopped when the priest sprinkled holy water to make the sign of the cross.

The strange events continued and escalated.

According to the diary kept by Bishop, after Ritter authorized the Exorcism, he and Bowdern, the lead exorcist, visited Robbie in Bel Nor nightly throughout the rest of March and into April 1949. Other Jesuits and Scholastics including Walter Halloran, William Van Roo, S.J., John O'Flaherty, S.J., and Joseph Boland, S.J., also assisted during the month's rites. 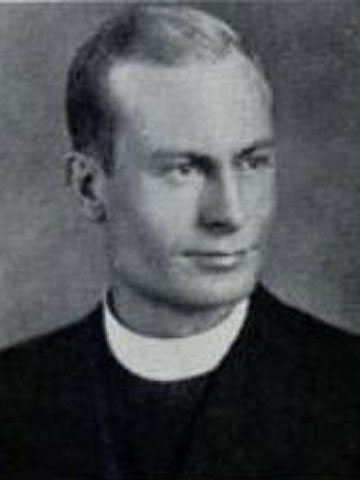 As the priests prayed, Robbie's reactions became extreme. Writing in his diary on March 18, 1949, Bishop noted,

"The prayers of the exorcism were continued and R was seized violently so he began to struggle with his pillow and the bed clothing. The arms, legs, and head of R had to be held by three men. The contortions revealed physical strength beyond natural power. R spit at the faces of those who held him and at those who prayed over him. He spit at the relics and at the priests' hands. He writhed under the sprinkling of Holy Water. He fought and screamed in a diabolical, high-pitched voice."

During one evening session, Bishop reported that a picture of the devil appeared on the boy's leg. On another, the word, "HELL," manifested on his chest. The boy punched Halloran in the face, breaking his nose and resisted the rite through cursing, speaking in tongues and by other physical means.

The process moved from the Bel Nor house to other locations in St. Louis including the rectory of College Church, Alexian Brothers Hospital and Jesuits' White House Retreat Center.

Changing locations did not alleviate the boy's torment. While making the Stations of the Cross outdoors at the retreat center, Robbie attempted to jump off a high bluff overlooking the Mississippi River. Halloran managed to tackle him before the boy jumped off the cliff.

The Struggle for a Soul Reaches Its End

On Easter Monday, April 18, 1949, Robbie awoke in a fit at the Alexian Brothers Hospital. Bowdern continued the rite of exorcism, placing holy items in the boy's hands and around his neck. According to Bishop's diary, the exorcist then demanded to know the name of the demon possessing Robbie. The Jesuit demanded the demon leave the boy in peace. 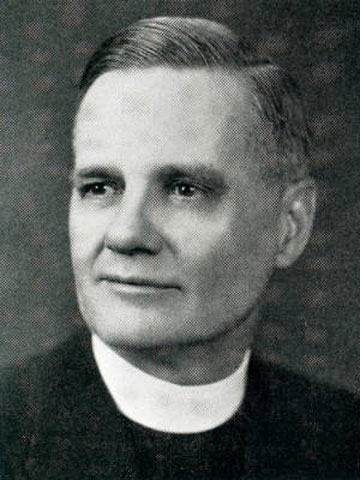 The fit continued. According to Bishop, the demon mocked Bowdern, saying,

"He has to say one more word, one little word, I mean one BIG word. He'll never say it. I am always in him. I may not have much power always, but I am in him. He will never say that word."

Bowdern and the priests assisting him persisted. Shortly before midnight, the priests heard a different male voice come from Robbie, Bishop's diary noted.

"Satan! Satan! I am St. Michael, and I command you Satan, and the other evil spirits to leave the body in the name of Dominus, immediately. Now! NOW! NOW!"

Moments later, Robbie woke up. The boy told the priests, "He's gone," telling them that he had a dream that St. Michael the Archangel had battled the Devil and demons to free him.

Other reports claimed a loud noise like a gunshot sounded and could be heard coming from the part of the hospital where Robbie had been staying.

The Archdiocese of St. Louis received a formal report on the Exorcism, closing the matter formally. Neither the archdiocese or the Missouri Province of the Society of Jesus spoke publicly about the events, to protect Robbie's identity and because the matter was finished from an ecclesiastical standpoint.

In August 1949, Schulze spoke about the events in public, and several news outlets, including the Washington Post, wrote stories. A small item appeared in the The Catholic Review, an article that became the basis of a novel by Georgetown University alumnus William Peter Blatty.

Blatty would change key facts about the Exorcism in the book, as did the 1973 film version of The Exorcist. The film, starring Max von Sydow and Linda Blair, went on to earn two Oscars and became one of the highest grossing films of all time.

What Happened to the People Involved?

To learn more about the 1949 Exorcism, read "Exorcism Exposé," by Amy Garland, a 2014 in-depth look at the incident published in Universitas.