Saint Louis University has been recognized by The Princeton Review in its newly-released Best 386 Colleges: 2021 Edition.

SLU was ranked No. 2 in the nation as the university most engaged in community service – an honor that reflects SLU’s historic commitment to being people for others. 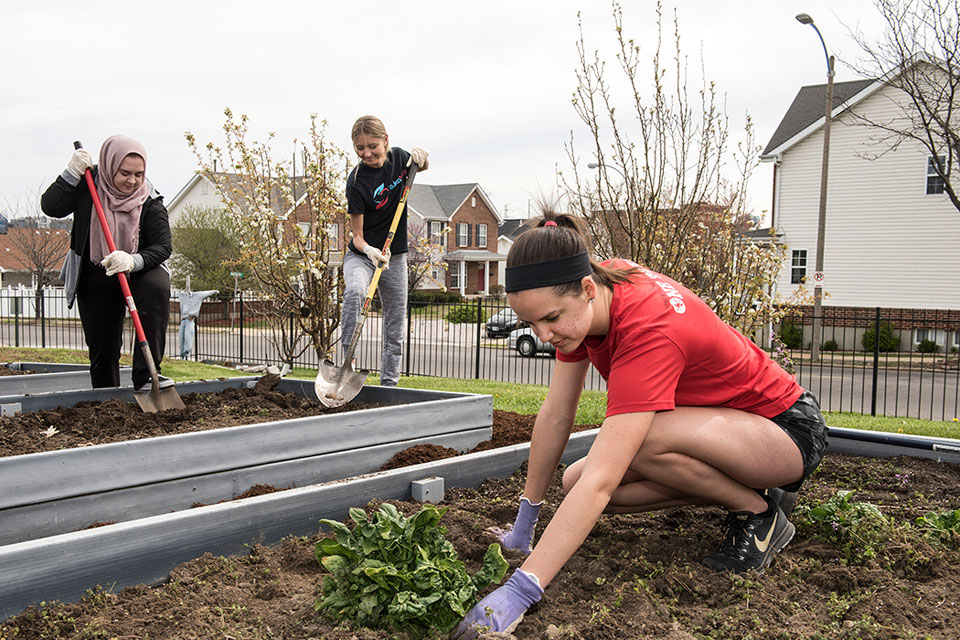 Saint Louis University freshman work in a garden during a past Freshman Day of Service. SLU file photo.

SLU held steady in its ranking from 2019.

Saint Louis University captured the top spot on the list in 2018 as the University put additional focus on SLU’s proud service tradition during its bicentennial year. As part of the 200-Years-In-One-Challenge, the SLU community tracked time spent volunteering, mentoring and improving the community, eventually logging 1.98 million service hours.

One of The Princeton Review’s most popular guides, The Best 385 Colleges rankings are based on surveys of 143,000 students at 386 top colleges that includes a wide representation by region, size, selectivity and character. Published annually since 1992, the book has detailed profiles of the colleges with rating scores in eight categories as well as ranking lists of top 20 schools in 62 categories.