Saint Louis University, along with Loyola University Maryland and the University of San Francisco, will honor the life of the Rev. Martin Luther King, Jr. in a virtual event on Jan. 28. Starsky D. Wilson of the Children’s Defense Fund will be the keynote speaker.

The event will be held at 2:30 p.m. Additional information is forthcoming.

The MLK tribute at SLU has drawn an array of distinguished speakers. In 2019,  human rights activist Martin Luther King III served as keynote speaker. In 2018, diplomat and noted civil rights champion Ambassador Andrew Young delivered the tribute’s keynote address. He received the Civil Rights Legends Award at the event and told the crowd, “This country is not going backward.”

The Rev. Dr. Starsky Wilson is the President and CEO of the Children’s Defense Fund. Wilson is a pastor, philanthropist and activist pursuing God’s vision of community marked by justice, peace, and love. He is the board chair for the National Committee for Responsive Philanthropy (NCRP) and vice-chair of the Forum for Theological Exploration (FTE). 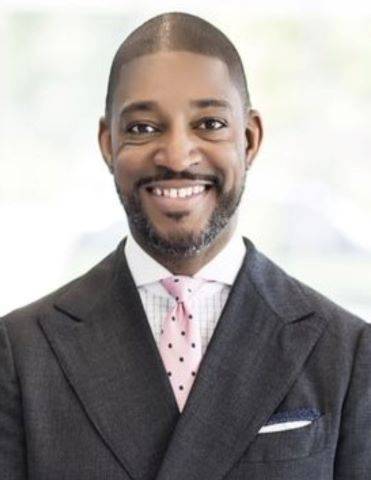 Previously, Wilson served as president and CEO of Deaconess Foundation, a faith-based grant-making organization supporting a movement for child well-being in St. Louis through philanthropy, advocacy, and organizing for racial equity and public policy change. Under Wilson’s leadership, Deaconess constructed and established the Deaconess Center for Child Well-Being, a 21,000 square foot community action tank. Each year, more than 15,000 citizens engage the Center to build power for children and families. Alongside its capacity-building support for non-profits, the Foundation sponsors a network of congregation-based Children’s Defense Fund Freedom Schools.

From 2008 through 2018, Wilson pastored Saint John’s Church (The Beloved Community), an inter-racial, inner-city congregation related to the United Church of Christ. There he led activism on myriad issues while more than quadrupling worship attendance and annual giving. To expand the church’s witness, he established The Beloved Community Conference resourcing social justice ministries and Sojourner’s Truth: Celebration of Preaching Women.

After the police killing of Michael Brown, Jr., with Wilson’s leadership, the church hosted the #BlackLivesMatter Freedom Ride to Ferguson and served as the welcome center for the #FergusonOctober.

Wilson co-chaired the Ferguson Commission. In 2015, the Commission released the ‘Forward Through Ferguson: A Path Toward Racial Equity’ report, calling for sweeping changes in policing, the courts, child well-being and economic mobility. In addition to NCRP and FTE, Wilson serves on boards for the Samuel DeWitt Proctor Conference, Sojourners, Grantmakers for Effective Organizations, and St. Louis Children’s Hospital. He is an advisor to the Democracy Fund.

Wilson earned a bachelor’s degree in political science from Xavier University of Louisiana, a masters of divinity from Eden Theological Seminary and a doctorate of ministry from Duke University. For his public theology, he was awarded doctorate of public service and doctorate of divinity degrees honoris causa by Saint Louis University and Eden Theological Seminary. A member of Kappa Alpha Psi Fraternity, Inc. and Sigma Pi Phi Fraternity, Wilson is married to LaToya Smith Wilson, a dentist at St. Louis Children’s Hospital. They are raising four children.