As Saint Louis University historian Thomas Finan, Ph.D., and his students delve deeper into the Gaelic past, their work is being profiled in a premier publication in the archaeological world and the team's work is featured on the magazine's latest cover. 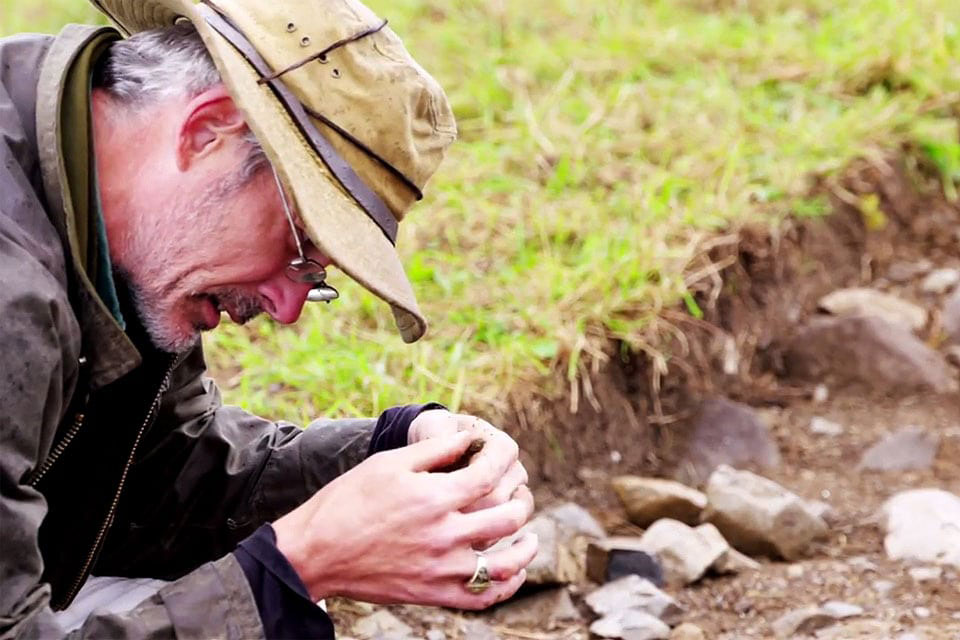 SLU archaeologist Thomas Finan, Ph.D., examines a shard at an excavation he, his students and Irish colleagues are conducting at a medieval Gaelic royal settlement. Courtesy of HEC-TV

Finan’s excavations at the Rock of Lough Key in County Roscommon, Ireland, are featured on the cover of Archaeology Magazine’s February 2020 issue.

The magazine is like the Sports Illustrated of the archaeological world, Finan, a professor of history in the College of Arts and Sciences, explained, and “to be featured in the magazine itself is a testament to the overall outstanding research being conducted at Saint Louis University on the Middle Ages more broadly.”

“SLU leads the way,” he continued. “This was a find of major importance in the field of medieval Irish archaeology and history. However, to gain the cover of the magazine is a clear statement of the importance and beauty of this site in Ireland.”

The Archaeology  article highlights the work Finan and his group conducted at Lough Key in the summer of 2019. The excavations uncovered the remains of a royal settlement within the fortification of the island, with artifacts clearly dating to the medieval period.  This was a find of major importance in the field of medieval Irish archaeology and history. 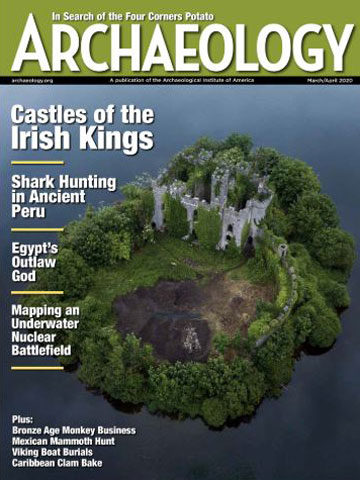 The Lough Key digs undertaken by Finan, his students and Irish colleagues have been chronicled in a 2017 HEC-TV documentary, True Gaelic: Unearthing Medieval Ireland, which premiered on at SLU’s Center for Global Citizenship.

This was a find of major importance in the field of medieval Irish archaeology and history  . . . SLU leads the way.

The SLU archaeologist and his students have also conducted excavations closer to home, digging up the past on SLU’s campus.

Most recently, Finan’s expertise in recovering the history of medieval Irish castle life led to his appointment to the Comité Permanent of the Chateau Gaillard European Castle Studies Colloque, a leading international group dedicated to the study of castles.

The summer 2019 digs uncovered a huge deposit of butchered animal bones that is under analysis. The bones, Finan explained, have the potential to reveal what high status Gaelic lords and their courts ate. Other discoveries about the Rock’s walls will also allow Finan and his team to trace the evolution of fortifications at the site.

In the future, he said, the team hopes to identify a new series of buildings they have noted in survey work.

“The research is ongoing, with analyses and studies continuing through the year.  We are still coping with the mounds of data collected from last season,” Finan said. “We hope to have even more details available soon." 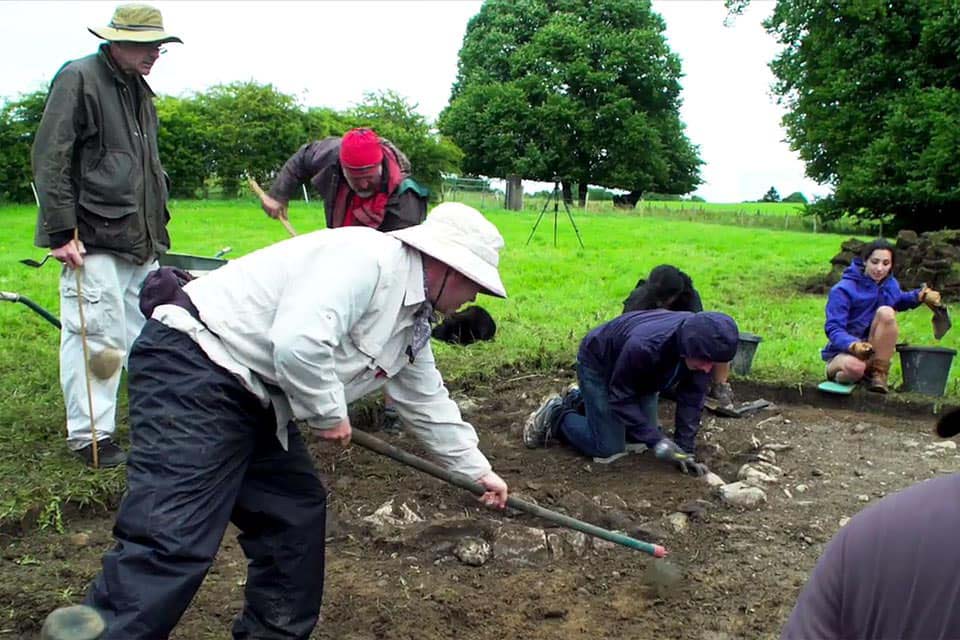 SLU archaeologist Thomas Finan, Ph.D., (standing, left), his students and Irish colleagues are continuing to excavate the remains of a medieval royal settlement on the shores of Lough Key, Ireland. Courtesy of HEC-TV