A team of international researchers, which includes a Saint Louis University Madrid anthropologist, dug deep to find some of the oldest African DNA on record, in a new study published in Nature. 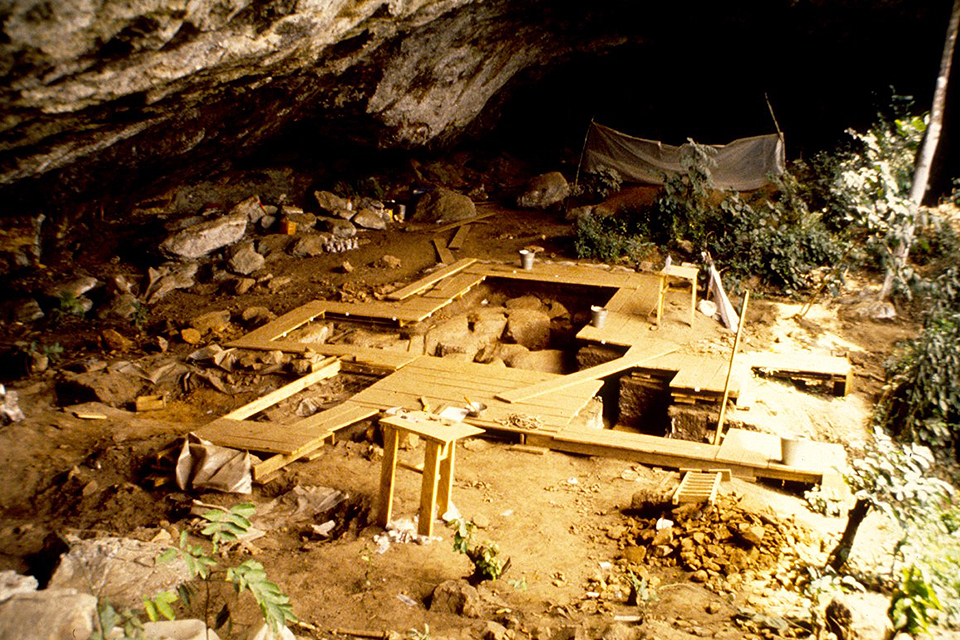 The Shum Laka rock shelter in Cameroon, home to an ancient population that bears little genetic resemblance to most people who live in the region today. Photo by Pierre de Maret.

Africa is the homeland of our species and harbors greater human genetic diversity than any other part of the planet. Studies of ancient DNA from African archaeological sites can shed important light on the deep origins of humankind. The research team sequenced DNA from four children buried 8,000 and 3,000 years ago at Shum Laka in Cameroon, a site excavated by a Belgian and Cameroonian team 30 years ago.

The findings, “Ancient West African foragers in the context of African population history,” published Jan. 22 in Nature, represent the first ancient DNA from West or Central Africa, and some of the oldest DNA recovered from an African tropical context. They enable a new understanding of the deep ancestral relationships among early Homo sapiens in sub-Saharan Africa.

Shum Laka is a rock shelter located in the ‘Grassfields’ region of Cameroon, a place long pinpointed by linguists as the probable cradle of Bantu languages, a widespread and diverse group of languages spoken by more than a third of Africans today.

“Linguists, archaeologists and geneticists have been studying the origin and spread of Bantu languages for decades, and the Grassfields region is key to this question,” said Mary Prendergast, Ph.D., a professor of anthropology and chair of humanities at Saint Louis University’s campus in Madrid, and a co-supervising author of the study. “The consensus is that the Bantu language group originated in west-central Africa, before spreading across the southern half of the continent after about 4,000 years ago.” 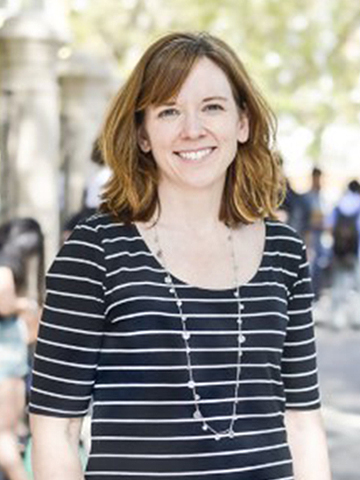 Mary Prendergast, Ph.D., a professor of anthropology and chair of humanities at SLU Madrid.

This expansion is thought to be the reason why most people from central, eastern and southern Africa are genetically closely related to each other and to West Africans.

“Shum Laka is a reference point for understanding the deep history of west-central Africa,” said Isabelle Ribot, Ph.D., a University of Montreal anthropologist who excavated and studied the burials, and is a key author of the study.

The Shum Laka rock shelter was excavated in the 1980s and 1990s by archaeologists from Belgium and Cameroon. It boasts an impressive and well-dated archaeological record, with radiocarbon dates spanning the past 30,000 years. Stone tools, plant and animal remains, and eventually pottery collectively indicate long-term forest-based hunting and gathering and an eventual transition to intensive tree fruit exploitation.

Shum Laka is emblematic of the ‘Stone to Metal Age,’ a critical era in west-central African history that ultimately gave rise to Iron Age metallurgy and farming. During this era, the site repeatedly served as a burial ground for families, with 18 individuals (mainly children) buried in two major phases at about 8,000 and 3,000 years ago.

“Such burials are unique for West and Central Africa because human skeletons are exceedingly rare here prior to the Iron Age,” said Ribot. “Tropical environments and acidic soils are not kind to bone preservation, so the results from our study are really remarkable.”

A newly documented population of hunter-gatherers

Surprisingly, the ancient DNA sequenced from the four children – one pair buried 8,000 years ago, the other 3,000 years ago – reveals ancestry very different from that of most Bantu-speakers today. Instead, they are closer to central African hunter-gatherers.

“This result suggests that Bantu-speakers living in Cameroon and across Africa today do not descend from the population to which the Shum Laka children belonged,” said Mark Lipson, Ph.D., Harvard Medical School, lead author of the study. “This underscores the ancient genetic diversity in this region and points to a previously unknown population that contributed only small proportions of DNA to present-day African groups.”

The spreads of farming and herding in Africa – as in other parts of the world – were accompanied by many movements of people.

“If you go back 5,000 years ago, virtually everyone living south of the Sahara was a hunter-gatherer,” said Prendergast. “But look at a map of Africa showing foraging groups today, and you’ll see they are very few and far between.”

This study contributes to a growing body of ancient DNA research demonstrating ancient genetic diversity and population structure that has since been erased by the demographic changes that accompanied the spread of food production.

One of the sampled individuals – an adolescent male – carried a rare Y chromosome haplogroup (A00) found almost nowhere outside western Cameroon today. A00 is best documented among the Mbo and Bangwa ethnic groups living not far from Shum Laka, and this is the first time it has been seen in ancient DNA. A00 is a deeply divergent haplogroup, having split from all other known human lineages about 300,000-200,000 years ago. This shows that this oldest known lineage of modern human males has been present in west-central Africa for more than 8,000 years, and perhaps much longer.

While the findings do not speak directly to Bantu language origins, they do shed new light on multiple phases of the deep history of Homo sapiens. The researchers examined the DNA of the Shum Laka children alongside published DNA from ancient hunter-gatherers from eastern and southern Africa, as well as DNA from many present-day African groups. Combining these datasets, they could construct a model of diverging lineages over the course of the human past.

“Our analysis indicates the existence of at least four major deep human lineages that contributed to people living today, and which diverged from each other between about 250,000 and 200,000 years ago,” said David Reich, Ph.D., of Harvard Medical School, senior author of the study.

“This quadruple radiation—including the position of a deeply-splitting ‘ghost’ modern human lineage—had not been identified before from DNA,” Reich said.

Previous models for human origins suggested that present-day southern African hunter-gatherers, who split from other populations about 250,000–200,000 years ago, represent the deepest known branch of modern human variation. However, Lipson said, “the new analysis suggests that the lineage contributing to central African hunter-gatherers is similarly ancient and diverged from other African populations around the same time.”

This finding adds to a growing consensus among archaeologists and geneticists that human origins in Africa may have involved deeply divergent, geographically separated populations.

Analysis also revealed another set of four human lineages branching between 80,000 and 60,000 years ago, including the lineages contributing most the ancestry in present-day eastern and western Africans and all non-Africans.

Considering this new model of human population relationships, the authors could show that about one third of the ancestry of the Shum Laka children derived from a lineage closely related to central African hunter-gatherers, and about two thirds of their ancestry came from a distinctive lineage distantly related to a majority of present-day West Africans.

“These results highlight how the human landscape in Africa just a few thousand years ago was profoundly different from what it is today, and emphasize the power of ancient DNA to lift the veil over the human past that has been cast by recent population movements,” Reich said.

The international research team plans to return to Shum Laka this year, in part to help communicate findings to the Cameroonian academic and broader communities. “Interdisciplinary collaborations like this one are an essential part of ancient DNA research,” says Reich.

Founded in 1818, Saint Louis University is one of the nation’s oldest and most prestigious Catholic institutions. Rooted in Jesuit values and its pioneering history as the first university west of the Mississippi River, SLU offers nearly 13,000 students a rigorous, transformative education of the whole person. At the core of the University’s diverse community of scholars is SLU’s service-focused mission, which challenges and prepares students to make the world a better, more just place. For more information, visit www.slu.edu.