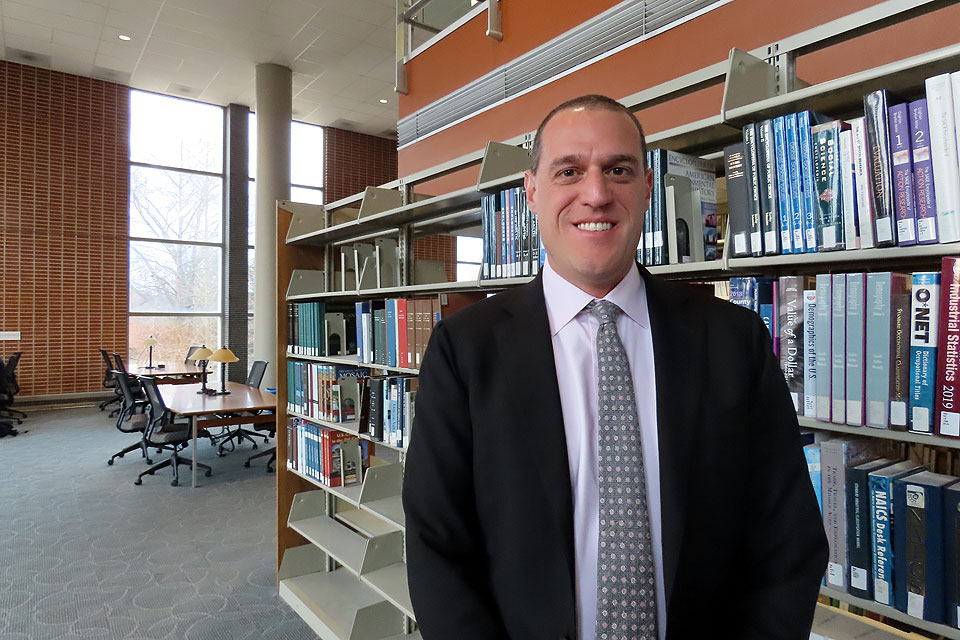 A SLU faculty member since 2015, William Newman, M.D. also serves as vice chair for education in the Department of Psychiatry and Behavioral Neuroscience and as director of the department’s Forensic Psychiatry Training Program. Photo by Jeff Ackels

His term as president of the 2,000-plus member organization will run from through October 2020.

Newman, a professor of psychiatry in the School of Medicine, served as president-elect for the AAPL from 2018 to 2019. In addition his new role with the AAPL, Newman was recognized as a Best Doctor by St. Louis Magazine in 2019.

A SLU faculty member since 2015, Newman also serves as vice chair for education in the Department of Psychiatry and Behavioral Neuroscience and as director of the department’s Forensic Psychiatry Training Program.

He has published and presented extensively on topics in psychopharmacology, off-label prescribing, management of aggression, correctional mental health and malingering of psychiatric symptoms, including malingering post-traumatic stress disorder (PTSD) among other topics. Newman has served as section editor for the Aggression and Violence section of the Principles and Practice of Forensic Psychiatry, the preeminent textbook of forensic psychiatry.

In his teaching at SLU and new role with the AAPL, Newman has highlighted physician wellness and burnout within the field of forensic psychiatry as top priorities, in both his teaching and in his focus for his new leadership role in the field at large.

“Like many in this field, I was once primarily focused on my perceived toughness, specifically my ability to work long hours and to handle troubling case materials without missing a beat,” Newman said. “Forensic psychiatrists frequently conduct consultations for the legal system involving upsetting topics and may be susceptible to vicarious trauma,” Newman said. “Despite being a group composed of psychiatrists, we have historically spent very little time discussing the personal impact of this line of work.”

However, some significant life events, including a battle with metastatic cancer requiring chemotherapy and being plagued by a stalker, made him reassess the issue, he explained.

Support from his wife, Brianne Newman, M.D., associate professor in the Department of Psychiatry and Behavioral Neuroscience, has been vital to his pursuit leadership roles and his professional achievements, he said.

Since shifting his focus to improving work-life balance in his own practice and across the field, Newman has advocated for increased attention to peer support and self-care to advance wellness in the profession, including spearheading a wellness focus as the organizing theme of the AAPL’s 2020 annual meeting. He is in the process of forming a peer support group through the AAPL and developing a second victim program as well.

His work, he said, carries forward SLU’s Jesuit mission of seeking truth in all things, and through service to others.

“Forensic psychiatry at its root is about the search for truth and striving for objectivity,” Newman said. “We routinely consider ways to recognize potential biases in order to provide objective opinions, in service of our patients and the law.”

In his work with the AAPL, Newman has integrated the association’s emphasis on rigor and excellence in the field of forensic psychiatry with mentoring medical students and residents interested in the field and with his clinical practice and testimony in legal cases. He plans to build on the work the association’s past leaders.

“AAPL has been my professional home since medical school,” Newman said. “I have admired and respected several past presidents of the organization and hope to pay forward as much as possible to the association during my term as president.”