March 12 Update: Saint Louis University has decided to cancel Atlas Week 2020 and its associated events including the keynote address by Diane Guerrero. More information is forthcoming.

The program will take place at 5:30 p.m. Wednesday, April 1, in the Wool Ballroom at SLU’s Busch Student Center, 20 N. Grand. The event is free and open to the public. 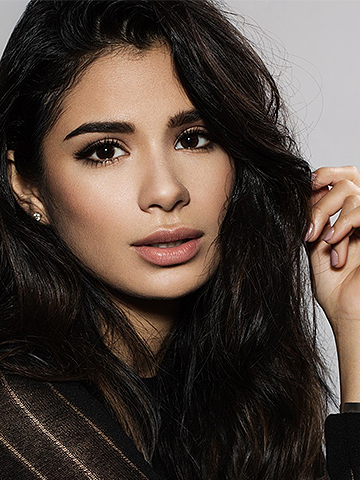 Guerrero is best known for her roles as “Maritza Ramos” on the Emmy- and Golden Globe-nominated Netflix series “Orange Is the New Black”— for which she received three Screen Actors Guild awards —and as Lina in CW's break-out hit, “Jane the Virgin.”

Born in the United States, Guerrero was just 14 years old when her parents were detained and deported. She was able to remain in the country and continue her education, depending on the kindness of family friends who took her in and helped her build a life and a successful acting career.

She recounts her story in her memoir, “In the Country We Love,” a moving, heartbreaking story of one woman's extraordinary resilience in the face of the nightmarish struggles of undocumented residents in this country.

In 2015, Guerrero was nominated by President Barack Obama to be a White House Ambassador for Citizenship and Naturalization. She is an outspoken advocate for common sense, comprehensive immigration reform and has worked with Immigrant Legal Resource Center and Mi Familia Vota, a nonpartisan Latino civic engagement organization to promote citizenship and voter registration.