The Atlas Week Signature Symposium is presented by internationally renowned speakers who have dedicated their lives to issues of political and social justice.

Seating is limited, therefore registration is required for in-person attendance. Note: Proof of vaccination or negative COVID test is required to attend the Signature Symposium in-person.

Register for the Live Stream 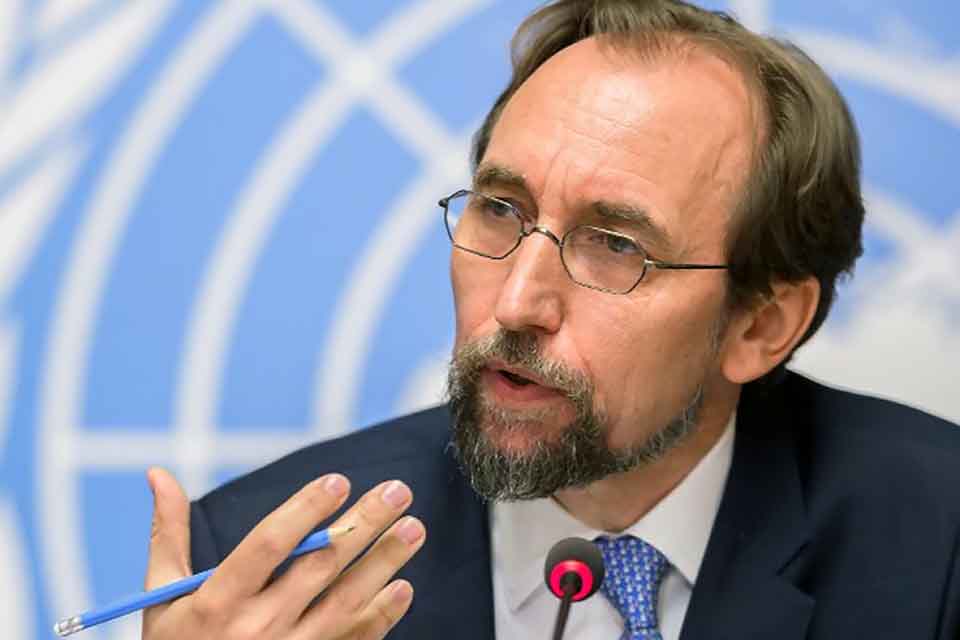 In his speaking engagements, Zeid draws from his career in diplomacy and as the Human Rights Chief to address the geopolitical climate, relations in the middle east, and the current challenges to human rights. At the U.N., he called upon powerful and small states alike to secure human rights in their own countries and internationally, drawing notable attention to atrocities committed in Syria, Venezuela, Nicaragua, by ISIS, to the treatment of migrants and refugees in Libya, and the Rohingya genocide in Myanmar.

His principled approach to his role became most evident when he announced that he wouldn’t seek a second term due to the trying task of dealing with governments and the limited power of the U.N. security council. In his final U.N. address, Zeid shared his concern about the threat to global stability posed by increasing nationalism and warned world powers against undermining civil liberties.

Named the Distinguished Global Leader-in-Residence at the University of Pennsylvania’s Perry World House, Zeid was selected to chair the International Olympic Committee's (IOC) new Advisory Committee on Human Rights. In 2019, he joined The Elders, an independent group of global leaders working together for peace, justice and human rights.

An expert in the field of international justice, Zeid was a central figure in the establishment of the International Criminal Court (ICC), chairing the complex negotiations to establish the exact terms of genocide, crimes against humanity, and war crimes. He was subsequently elected the first President of the governing body of the ICC in 2002 and grew it into the internationally recognized court that it is today.

Zeid has been active on many legal issues, including international law, post-conflict peacebuilding, international development, counter-nuclear terrorism, and women’s development. Following allegations of widespread abuse being committed by U.N. peacekeepers, Zeid was appointed by Kofi Annan as Advisor to the Secretary-General on Sexual Exploitation and Abuse. His report on this subject was the first comprehensive strategy for the elimination of sexual exploitation and abuse in U.N. peacekeeping operations.

He recently pledged to be an International Gender Champion, committed to advancing gender equality in the office of Human Rights. In 2018, the International Women's Health Coalition honored Zeid with the Visionary Leadership Award. He was also the Stockholm Human Rights Award recipient in 2015 and winner of Foreign Policy's Career Diplomat of the Year Award in 2018.

In 1989, Zeid received his commission as an officer in the Jordanian desert police (the successor to the Arab Legion) and saw service with them until 1994. He spent two years as a political affairs officer for UNPROFOR, the United Nations (U.N.) force in the former Yugoslavia, before starting his diplomatic career.

Zeid holds a B.A. from The Johns Hopkins University, a Ph.D. in history from Cambridge University, and was presented with an Honorary Doctorate of Laws by the Southern California Institute of Law for his work on international justice.