Though the times might call for social distancing, Saint Louis University’s Fairy God Walkers still appeared at sites around the St. Louis area to raise awareness about how breast cancer impacts women of color as part of the Sista Strut 2020 Virtual Celebration on Saturday, Oct. 3. 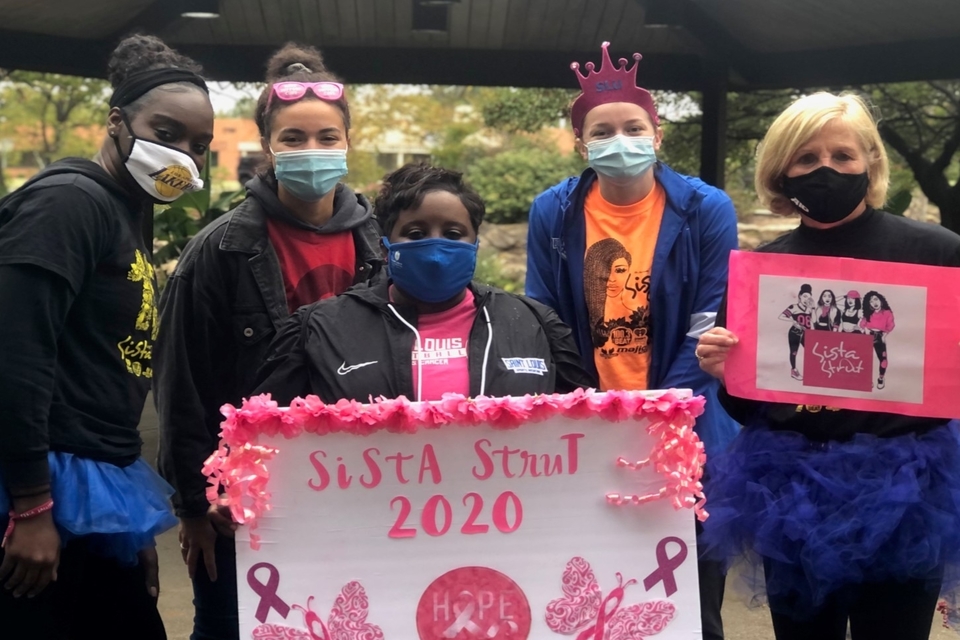 Sixty staff, faculty, students and friends of the University gathered with masks and in small, distanced groups to mark Sista Strut, an annual tradition that normally includes a march in downtown St. Louis. This is the fourth year that the SLU community has turned out for the walk.

Research has shown that African American women are more likely to develop breast cancer at a younger age and to die from the disease than Caucasian women of the same age. Sista Strut recognizes the strength of survivors, their family and friends, heightens awareness, promotes early detection and the search for a cure.

Due to the 2019 Novel Coronavirus (COVID-19) pandemic, this year’s Strut was a more dispersed event but one that still brought the SLU community out in force, including members of the University’s chapter of Zeta Tau Alpha for the first time. Due to COVID-19, the event was free and virtual. 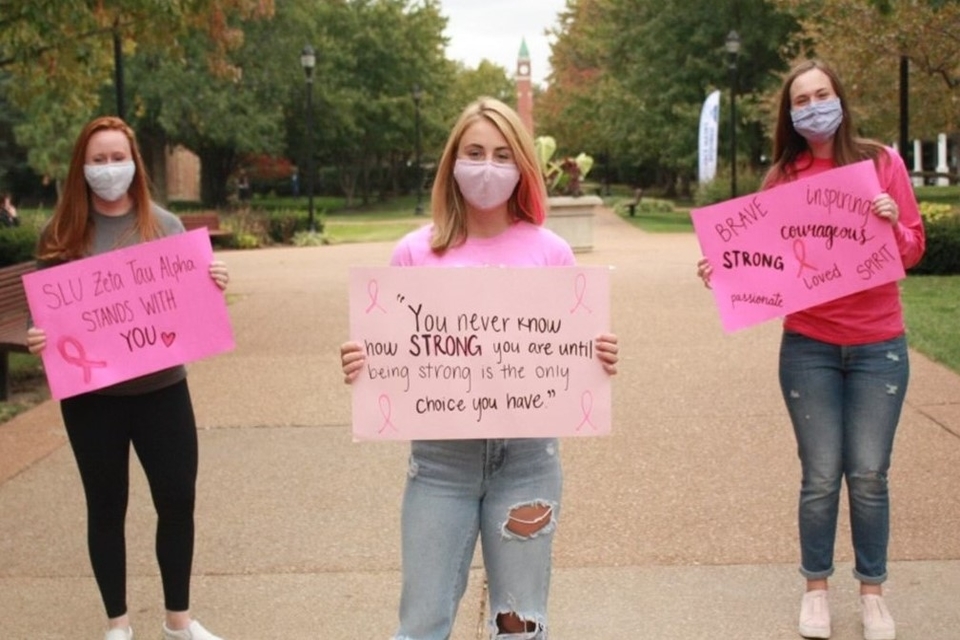 SLU has fielded some of the Strut’s largest teams in years past. In 2019, more than 120 people participated as part of the University’s team and raised more than $3,500 for local groups dedicating to helping women fight breast cancer, to supporting survivors and to advancing research.

While in previous years, SLU’s team collectively raised funds as part of the Strut, this year, individuals had the option to donate to the following organizations: The Breakfast Club, Pink Angels, Siteman Cancer Center and/or the SSM Health Foundation.

SLU’s participation in the Strut is spearheaded by the Office of Diversity and Community Engagement and the Saint Louis University Cancer Center has been a key collaborator in years past and is the co-sponsor of SLU’s Fairy God Walkers.