ST. LOUIS (Sept. 14, 2020) — In its latest Best Colleges rankings released today, U.S. News & World Report ranked Saint Louis University as one of the nation’s Top 50 Best Value Schools, affirming again that SLU students get a first-class education at an affordable cost. U.S. News noted that 98 percent of SLU’s need-based financial aid is in the form of scholarships and grants that do not have to be repaid. 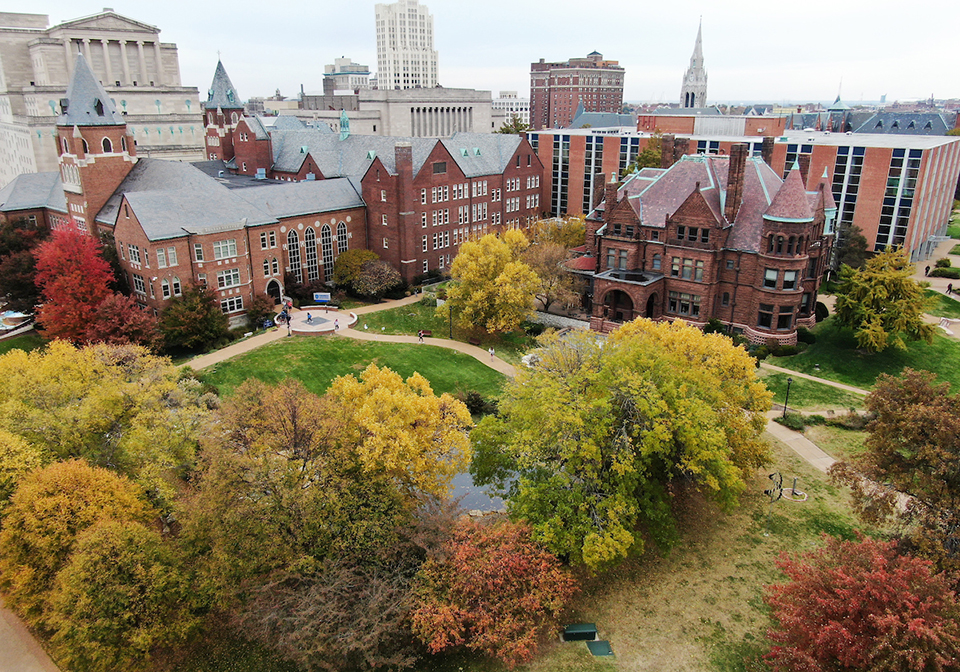 “During these difficult times it is significant that SLU is again recognized for its outstanding value and outcomes for undergraduate students,” said Kathleen Davis, the University’s vice president for enrollment and retention management. “Students and families want to know that they are receiving a world-class education that will lead to great careers.”

Overall, SLU was ranked in the top 26 percent of all national universities at No. 103 on a list of nearly 400 colleges and universities. U.S. News defines national universities as schools that “offer a full range of undergraduate majors, plus master's and doctoral programs, and emphasize faculty research or award professional practice doctorates.”

SLU’s overall score and assessment by peer colleges and universities both increased this year. The University’s undergraduate programs in business, engineering and computer science were all ranked by U.S. News.

The University’s undergraduate programs in business and engineering also rated among the best in the nation in this year’s U.S. News rankings, including No. 15 for international business, No. 36 for entrepreneurship and No. 145 for best undergraduate engineering program.

For the first time in 2021, U.S. News ranked computer science programs. SLU rated No. 191 in the inaugural ranking.

Additionally, SLU was ranked again as a Best College for Veterans, a listing of which top-rated schools make pursuing an education by veterans more affordable.

In addition to the U.S. News rankings, SLU has received similar high marks in other rankings recently:

“While this kind of national recognition is welcome, students and parents tell us that the quality of academic programs, internships, campus life and availability of scholarships and grants are much more important to them in selecting where to go to school,” said Davis. “These are all areas where SLU excels.”

Founded in 1818, Saint Louis University is one of the nation’s oldest and most prestigious Catholic institutions. Rooted in Jesuit values and its pioneering history as the first university west of the Mississippi River, SLU offers nearly 13,000 students a rigorous, transformative education of the whole person. At the core of the University’s diverse community of scholars is SLU’s service-focused mission, which challenges and prepares students to make the world a better, more just place. Learn more at www.slu.edu.