Allison Miller, Ph.D., a professor of biology at Saint Louis University and evolutionary biologist specializing in perennial plant evolution and its applications to sustainable agriculture, will participate Saturday in a discussion with artist Dornith Doherty as part of the Grafting the Grape online art and science series presented by the Missouri Botanical Garden in partnership with the Missouri Humanities Council and support from the National Endowment for the Humanities. 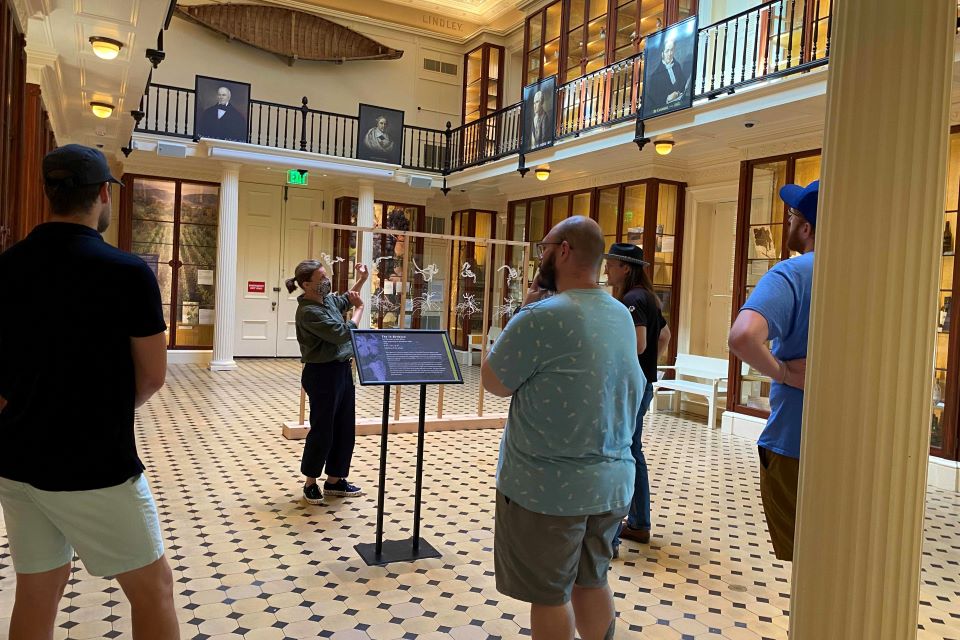 Nezka Pfeiffer, the curator of the Stephen and Peter Sachs Museum at the Missouri Botanical Garden, provides members of Miller's team with a tour of the exhibit. Photo courtesy of Allison Miller.

The discussion will focus on the impact of the grape phylloxera epidemic in the 1800s on European vineyards that led to the development of using native American grapes for grafting.

The five-year, multi-institution Vitis Underground project is facilitating the development of perennial crops with enhanced phenotypic robustness and plasticity, enabling them to thrive in a range of climates. This year, Miller’s team was awarded a one-year no-cost extension to continue their work.

“This is a labor of love,” Miller said. “We have a terrific group of investigators, post-docs, graduate students, undergraduates and even high school students working on this project from California to Nova Scotia.”

Miller’s team is looking to understand how a grape plant’s root system affects the vine’s stems, leaves and fruit. Nearly all grapes grow on fused (grafted) vines and the roots are genetically different from the top part of the plant.

The project uses grafting to understand root system effects on the plant’s scion (bud or shoot) traits. The research team is examining the influence of rootstocks on the scion by using an experimental vineyard in Missouri and exploring the role of environment on how grafted parts of the plant interact by surveying grafted vines in commercial vineyards across California. The team has developed a unique population, which helps help them map traits observed in the scion to gene regions found in the rootstock. This ultimately aids in the identification of new rootstock/scion combinations, which are optimal for grape production in different climates.

“The root system does have a huge impact,” Miller said.

The project also includes a training component, ensuring that postdoctoral research associates, Ph.D. students and undergraduates from participating institutions will receive specialized training in cutting-edge techniques of computational analysis, genomics and plant biology, helping to develop the next generation of researchers and members of the agricultural industry who will work towards agriculture sustainability in the future.

“More than 100 people have participated in this project,” Miller said. “It’s thrilling to see people who are motivated by curiosity put science and its applications out in the world to improve agriculture and make it more sustainable.”

Miller said another highlight of the grant is connecting the academic research with industry across the country.

“We’ve connected our team with growers and people in the industry in California, Missouri, Pennsylvania, South Dakota and New York,” she said. “It’s helpful both ways – we learn from industry as much and usually more than they learn from us. We are hearing what they see and what they are worried about and that allows us to tweak our research to address relevant issues as we go along.”

The COVID-19 pandemic canceled field season work in California in 2020, Miller said, but it allowed the team more time to work on its experimental root stocks and data analysis.

“It was a bummer, but we couldn’t risk putting people together in cars and hotel rooms,” Miller said. “But on the plus side, we had more time to digest data we had already collected and we did more investing in local vineyards.”

The local focus allowed the team to work in vineyards in St. Louis, Pennsylvania, New York and North Dakota.

“The local focus turned out quite well,” Miller said. 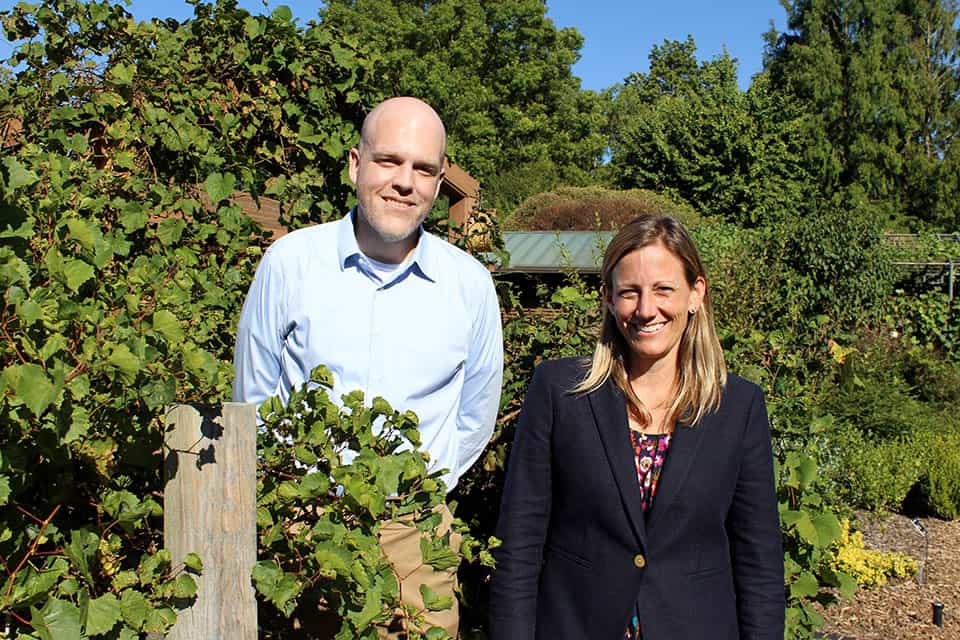 Miller said she hopes the work of the team continues beyond this grant cycle.

“Our research team members are now like family,” she said. “We have complimentary interests, a great shared vision for learning about these perennials and a passion for grapes and wine.”

The practice of grafting dates back to the Roman Empire, but it is relatively new to grapes. George Engelmann, founder of the St. Louis Academy of Sciences, and Charles V. Riley, the first state entomologist in Missouri, were early pioneers in the field, as were contemporary vintners George Husmann and Hermann Jaeger.

Grafting and the implications of this episode are relevant for the contemporary Missouri grape industry, and more broadly for North American food production.

“Rootstocks used in grape growing come primarily from species found in Missouri and other parts of North America,” Miller said. “These local species are quite literally the roots of the global grape crop and have great potential to adapt grapevines for changing climates.”

Agriculture faces major challenges in 2021 including changing climates, increasing demand and a need for more ecological farming practices with modern technology. Despite the challenges, Miller calls it a hopeful line of work.

Miller and Doherty will participate in an online discussion at 6 p.m. Saturday, Aug. 14. ASL interpretation and live captioning provided for the program. 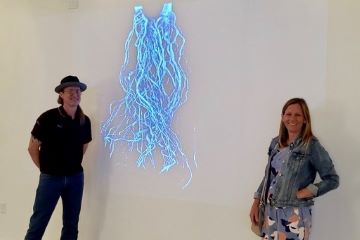 The discussion is part of an exhibition at the Missouri Botanical Garden’s Stephen and Peter Sachs Museum, “Grafting the Grape: American Grapevine Rootstock in Missouri and the World.” Contemporary artists were commissioned to make unique artworks interpreting this significant viticultural history and innovation.

Doherty, renowned for her photographic work on seeds and global seed banking, created three works in her series Roundabout (Circuition) especially created for the Grafting the Grape exhibition, which are inspired by the intersection of the historical innovation and the contemporary scientific research taking place in Miller’s Vitis Underground project.

“Her work has used photography and x-rays to illuminate the beauty in the grape vines,” Miller said. “This is a great combination of science and art.”

Other artist collaborators are inspired by the impact of climate change on grapevines. The work can be viewed at the Sachs Museum and the online lectures are all recorded for viewing on the Missouri Botanical Garden’s YouTube channel.

Register for the event

There are six lectures in the series. Previous lectures have included presentations on Missouri grapes and wine then and now; archeology of American Indigenous people’s use of grapes; Missouri viticulture on a family farm and Choctaw foodways. A September event will focus on climate change in art.

Founded in 1818, Saint Louis University is one of the nation’s oldest and most prestigious Catholic institutions. Rooted in Jesuit values and its pioneering history as the first university west of the Mississippi River, SLU offers more than 12,000 students a rigorous, SLU offers more than 12,000 students a rigorous, transformative education of the whole person. At the core of the University’s diverse community of scholars is SLU’s service-focused mission, which challenges and prepares students to make the world a better, more just place.